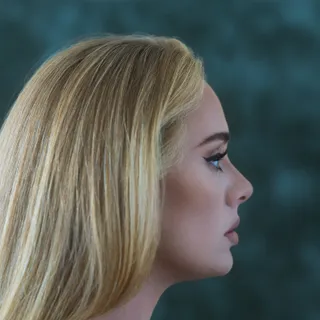 Listeners have heard her since the age of 18, when she was seen by a record label from her single “Hometown Glory.” Since then, she has produced four albums titled after her age when they were released.

Adele is an unstoppable artist with 18 Grammy nominations and 15 wins; her talent is undeniable. Her storytelling is so clear.

The songs about heartbreak bring meaning to life, and the song that sings of love and happiness makes listeners become filled with the beautiful feelings she sings.

From her Instagram live, Adele said her newest album was about “divorce, babe.” So obviously, “30” was going to pull on heartstrings unlike any of her past albums. Her lyrics in her newest album are second to none.

“Strangers By Nature” already throws listeners in her pit of despair and her heartbreak.

“I will be taking flowers to the cemetery of my heart.”

Right off the bat, Adele is expressing her sorrow that this divorce has caused her. She is broken and will be that way for a while.

Followed by a symphony and a chorus sound, she really brings out the talents of her song writers and the eloquence of her music matching the beauty of her much more mature voice.

“Strangers By Nature” can put listeners into a cold, winter day, looking out into the white abyss and mourning the ended relationship — a superb song overall.

The first single released was “Easy On Me,” which was released three weeks before the album. It has been on the music charts for six weeks and peaked at No. 1.

It is a beautiful piece of art; however, it is the closest sounding song to her older work.

It is a magnificent play to release the song that is most similar to songs on her “21” and “25” albums.

It makes listeners believe the album may not be much different. That is completely false because the best is yet to come.

Following “Easy On Me” is “My Little Love” and wow, this song is possibly the cutest song ever written by an artist who is a parent.

The song features her younger son and a few of their conversations about their relationship and Simon Konecki and her divorce.

In the dialogue parts of the song, she says, “Mommy’s been having a lot of big feelings lately.” “Why?” her son says. “I feel like I don’t really know what I’m doing.”

She humbles herself and speaks to her son how she loves his dad because Konecki gave her him.

The end of the song is just a slow beat played with a recording of a recording off her phone. She shares how she feels lonely for the first time.

Without her husband and her son, she feels like she is the loneliest she’s ever been, she begins to weep before it fades away.

From that song to “Cry Your Heart Out,” is a dramatic shift between emotions. Yes, the title says exactly what she just did in the last song but the music is completely different.

Here is where Adele steps in the R&B music. She is toying with a completely different type of music, and as usual, she kills it.

Fun beats and a repetitive lyric singing, “Cry your heart out. It’ll clear your face. When you’re in doubt, go at your own pace.”

“Oh My God” is the exact reaction fans have when listening to the song.

Again, with R&B, she crushes her new sound, and it is a vibey song all together. It is a song about finding the one out of everyone in the world, sort of a confusing song with the recurring theme of divorce, but still a great song.

From these songs on, Adele shows she’s a master with R&B music. Her voice seemed to have matured from her “25” album and fits with the vibe and music of this album perfectly.

With 12 songs on the album, each is notable in its own way. However, with “Love Is A Game” ending the album, it is breathtaking.

First, the song starts off as a slow ballad like “Strangers By Nature” but soon picks up and goes right back to the R&B music like “Cry Your Heart Out” and “Oh My God.” “Love Is A Game” sums up the entire album by combining all the types of music she used in “30” and is an incredible song.

Though the album is perfect in many ways, one tiny piece is missing. Yes, her voice is immaculate, but she doesn’t hit high notes like she had in past music.

Adele is known for her crazy vocal range and holding those notes. Unfortunately, that is not heard in this album.

While it is a slight drawback, it does not lessen the album in any way. It is a terrific piece of art. She went out of her comfort zone, sharing personal stories and playing with a new music type.

The most notable part of “30” is how it relates to people. People go through divorce; people get lost in life. She shares that she knows it as well. Adele is an artist of the people and she shows it in her newest album.

Reviewer’s Favorite Songs: “Strangers By Nature,” “My Little One” and “To Be Loved”


Cade Miller is a second-year majoring in broadcast journalism. To contact him, email cam7095@psu.edu.