The AAC currently has five teams ranked in the AP top 25. Louisville (5), Cincinnati (13), Memphis (19), Connecticut (21), and SMU (25). All of these teams are locks for the NCAA tournament. For any other team in the conference, the first ever AAC tournament title is their only ticket to the dance.

Louisville appears to be the only team in the conference with a legitimate claim to a No. 1 or No. 2 seed in the NCAA tournament should they win the AAC tournament.

After dropping two straight games on Dec. 14 and 17 Cincinnati (26-5, 15-3 AAC) won 15 straight games including three over ranked teams. Sean Kilpatrick will be Cincinnati’s go-to scorer, as he was during the regular season averaging 20.9 pointer per game, throughout the tournament. The Bearcats will play Thursday against the winner of the Temple vs. UCF game.

Although Cincinnati will be the one seed, defending national champion Louisville (26-5, 15-3 AAC) will enter the tournament the favorite to win. Louisville closed the season winning nine of ten games with wins over three ranked teams. Their only loss over that stretch came at the hands of Memphis (23-9, 12-6 AAC). Russ Smith will be the player to watch for Louisville throughout the tournament. Smith is averaging 17.5 points per game and 4.8 assists per game. His play will be crucial for Louisville who will play the winner of the USF, Rutgers game Thursday night.

Perhaps the most intriguing early round game is the 4/5 matchups between UConn (24-7, 12-6 AAC) and Memphis (23-8, 12-6 AAC). Memphis will almost certainly have the home crowd throughout the tournament with the games all being played in Memphis. The last time Memphis didn’t win a league tournament they hosted was in 2005, when they lost in the title game.

Mike Wargon is a junior majoring in broadcast journalism. To contact him, email mjwargon@gmail.com.

Top Teams in Need of a Conference Championship Run 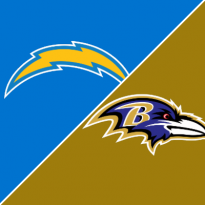 NFL Game of the Week: Ravens vs. Chargers