Five years after the album that brought him to fame, several Grammy nominations and over 11 million monthly listeners on Spotify, Bryson Tiller has released his third studio album “ANNIVERSARY.”

Bryson Tiller came onto the scene in 2014 after releasing his most popular song “Don’t” on Soundcloud before releasing his first album “TRAPSOUL” in 2015.

“Don’t” peaked at #13 on the Billboard Hot 100 and another song off the album, “Exchange,” earned him a Grammy nomination while peaking at #25 on the charts. Since then, Tiller released his second studio album “True to Self” in 2017, and has dropped occasional singles and features leading up to the release of “ANNIVERSARY..”

Tiller works at a pace slower than most other artists at his stature, but with “ANNIVERSARY” he is proving to the world that he hasn’t stopped working, and he’s still a talent to look out for in the world of hip-hop and R&B.

Hip-hop and R&B have always been very closely related genres, and Tiller continues to dominate both. Tiller’s songs are a combination of the two genres, as he sings and raps about R&B-esque topics like women, heartbreak and true love over high energy hip-hop drums.

This is what makes Tiller so successful as he expresses his struggles with infidelity and toxic relationships that are relatable to so many, while holding the mainstream’s attention span with punchy bass and energetic hi-hats.

It’s this skillset that brought “Don’t” to such popularity as Tiller is unmatched in his ability to make anthems for anyone going through love problems to sing their hearts out alongside.

The instrumentals in “ANNIVERSARY” all fit a similar style that contribute to the project’s cogency and consistency. Songs “Things Change,” “Timeless Interlude,” “Inhale,” “Outta Time” and “Next to You” all use sampled female vocals, and many others use an emotional piano or guitar loop for the melody.

Every beat is ambient and emotional, and small effects like a vinyl crackle or an introductory voicemail message gives every song warmth and personality, something that is often missing from modern hip-hop.

Thematically, most of this album is about love and desire, but Tiller has a lot to say about his comeback to music three years after “True to Self.”

The first song, “Years Go By,” starts with a voicemail message encouraging Tiller to stay focused and working. Tiller starts the album with a fast, high energy track about overcoming the pressure he feels and getting back to making music for the city of Louisville, Ky.

The rest of the album has a lot to say about love and the intense desire he feels for his ex-girlfriends and other women.

“Always Forever” details the feelings Tiller has for a girl that won’t love him the way he wants or needs, and in “Inhale” he expresses his desperation to reconnect with an ex who wants nothing to do with him. These were the songs that stuck out as the most personal and best exemplify Tiller’s feelings and emotions.

Consistent theming and instrumentals create an extremely coherent project, but “Timeless Interlude” is the icing on the cake that ties “ANNIVERSARY” together.

An interlude serves to transition between two related sections of music and Tiller has a masterful reputation with old songs like “Just Another Interlude” and “Open Interlude” being fan favorites.

The beautiful piano sample of “Timeless Interlude” perfectly transitions the album between its two halves.

“ANNIVERSARY” appears to have two distinct sections, the first being more high-energy hip-hop songs, and the second half focusing more on slower, more melodic songs. The piano in “Timeless Interlude” slows down the energy from the previous half, builds up to an energetic yet melodic verse in the middle and finally slows down to set the tone for the second half of the project.

This song in particular brought the album to a truly great status. It is the absolute epitome of Tiller’s ability to ride an instrumental, and create shifts in energy through his music.

“TRAPSOUL” still reigns as Tiller’s best project, however. The song “Outta Time” featuring Drake was a swing and a miss, lacking the soul and personality that the other new songs hold. This song came off as a regular pop rap song, subpar to what Tiller is capable of.

“TRAPSOUL” had no features, and that was a strength for the album because the spotlight was solely on Tiller and what he could bring to the table.

As he brings Drake on for the spot of the only guest on “ANNIVERSARY,” he dismisses the chance to collaborate with a more valuable and unique artist.

It comes off as lazy and the easy thing to do; a surefire way to artificially make a hit song through collaboration rather than focusing on doing something truly legendary on his own.

Despite this, “ANNIVERSARY” is still an exceptionally strong project from Tiller. Three years of time puts surmountable pressure on a new musical release, and “ANNIVERSARY” absolutely doesn’t fold underneath it. Tiller gets to really show out in this project, truly displaying his skills in fast rapping, melodic singing and everything in between.

College Football Game of the Week: Clemson vs. Miami 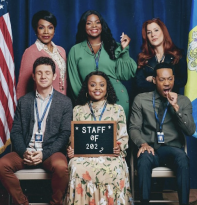