The legendary Cher takes on the equally as renowned music of Abba in her new cover album, Dancing Queen. Releasing alongside her cameo in the 2018 film, Mama Mia! Here We Go Again, Cher tackles ten of Abba’s most popular tracks with a modern and Cher patented disco style.

Best known for her hits “Believe”, “Half Breed”, “Dark Lady”, as well as a slew of others, Cher has held a number one hit in every decade since the Sixties. Cher has had an impressive and extraordinary career ever since her debut act alongside her then-husband, Sonny Bono. Looking beyond her domination of the pop mainstream, Cher has also had a successful career as an actress. Often argued to be one of the strongest voices and most prominent female figures, in the often considered to be male-oriented music industry, Cher has stood the test of time and has proven she isn’t going anywhere anytime soon.

Utilizing the Cher branded auto tuning style found on her smash hit, “Believe”, Cher revitalizes a selection of the already iconic Abba hits with an electrifying album that is brimming with love and admiration. Beginning with the timeless, “Dancing Queen”, Abba’s signature hit, Cher powerfully beckons the listener to let loose and dance just as Abba had back when it was originally released. The backtrack has that same bubbly and enthusiastic sound, however now even more powerful thanks to Cher’s implemented disco grooves. The next track, “Gimme! Gimme! Gimme! (A Man After Midnight)” similarly has that same unforgettable Abba sound, meshed seamlessly with Cher’s gripping voice and vibrant beats. Maintaining the energy on the album, Cher then moves to the classic, “Name of the Game”. Which features a slowed down and radiant assortment of beats mixed with Cher’s standalone vocals. Taking on an assortment of Abba’s hits, Cher covers their prominent dance-heavy numbers, such as “SOS” and “Mama Mia” as well as their slow and tender hits such as “The Winner Takes It All” and “Chiquitita”. Able to smoothly transition from overzealous vocals to softly sung serenades, Cher covers a variety of the great Abba hits with passion and affection. Also featured on the album is “Fernando” which was featured in the film as a part of Cher’s cameo. None of the tracks have any blatant weaknesses, however some of the slower songs, such as the intimate, “One of Us” work better with a less pop-heavy approach, which Cher often utilizes. One of the better artists to cover Abba’s iconic hits, Cher’s tribute is humble and sincere, not meaning to oppose Abba’s sound but merely to pay her respects to it.

An amazing meeting of two prominent forces on the pop charts, Dancing Queen is a fun and loving blend of two tremendous talents. While nothing could ever challenge the original Abba tracks, it’s refreshing to hear Cher giving some of their enduring sounds a more modern cover. A very exciting addition to her discography, the uniquely Cher disco style utilized on the album has proven not to have lost its charm, exhibiting that Cher hasn’t lost her sound or her grasp on the pop mainstream.

Around the Big Ten: Week 6 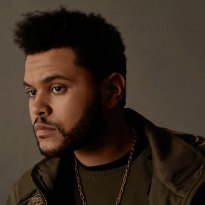 “We Are the Champions” Review