Column: Nittany Lions Have Not “Scheid” Away

If you were at Penn State’s 4-1 victory Friday night against Army, you most likely saw a team that was down a man more times than anyone except the opponent would like to see. Guy Gadowsky and his players even said postgame that their 11 penalties taken and 33 total penalty minutes were most likely due to being, “too jacked up”. Well, that was expected to come with the opening of a brand new arena that has been hyped up since renderings were released in January 2012.

The story has been seen before. Last season, that’s right. Where they averaged nearly seven penalties a game, as a team, but were a manageable 84.6 percent (19-for-123) on the penalty kill.

Despite the circumstances and being, “too jacked up” they were able to hold the Black Knights power play at bay Friday night, which wound up going 1-for-10. In most hockey games at any level, if you are giving the other team 10 power play opportunities in one game, more often than not you are going to lose.

Yet it was during those 10 shorthanded occasions where there seemed to be early continuity out on the ice for the Nittany Lions. It was the No. 19 white jersey of Eric Scheid flying up and down the ice.

The redshirt sophomore came via the Alaskan Pipeline with one season at the University of Alaska Anchorage, during the 2011-2012 season. Then he returned back to the Lincoln Stars of the USHL last season after spending the 2010-2011 season with the team.

Just like Gadowsky said it was unfair to assess the importance of Scheid after one game (because he has yet to watch the game video due to a "snafu"), I won't make any comparisons myself either.

I will tell you this though. There is a good head on the body of Scheid and the amount of shorthanded minutes he logged in Friday’s opener should not and will not go unnoticed.

“For myself, and I could probably say for the other guys, it was nice to get into a groove of just getting multiple shifts and getting a lot of ice because it just gives you confidence when you get into the flow of the game,” said Scheid. “So I think all of our PK guys did well and handled all the pressure of trying to kill off all of those penalties.”

Gadowsky emphasized Scheid’s, “hockey IQ”, plus his ability to create offense as invaluable assets to the team. Scheid himself agreed when discussing the strengths to his game and what he prides himself in.

“All they are really expecting out of me is just an effort everyday coming to the rink looking to get better,” said Scheid, about what the coaching staff expects out of him early on.

Call Scheid a role player if you must, even though he played on the Nittany Lions’ second line with David Glen and Jonathan Milley in the home opener. Maybe even a, “glue guy” that bonds a team together and has prior experience because of his two-way style of play.

“If you are working hard, you’re making everyone on the team better,” said Scheid.

The thing is, it was not just the penalty kill where Scheid made an early impression with. Speaking of good first impressions, he capped off his night with a goal in the third period via the empty net variety to make it 4-1 Penn State.

“I actually couldn’t have asked for a better goal,” said Scheid. “A lot of the times, especially a transfer player, I feel like I have a lot to prove. So you worry about making a good impression right away in front of the coaches. Just getting the monkey off my back with that first goal.”

Column: The Most Important Win in Penn State History

HUB Movie Review: This Is The End 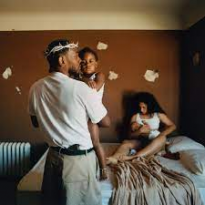 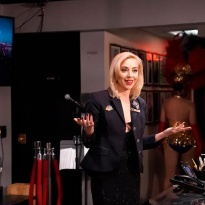 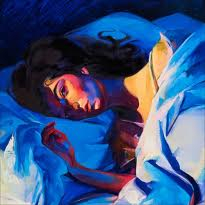