The NCAA Tournament is swiftly approaching, and the regular season is slowly winding down for all the Division I conferences.

For 32 teams, they get the easy pass of winning their conference tournament and gaining an automatic bid. For the rest of the field, only 36 spots remain to go dancing and luck has to be on your side.

These 68 bids into the men’s March Madness tournament can create chaos, upsets and heartbreak. The regions and where teams travel to may have an effect, and the CommRadio Bracketology has these results. 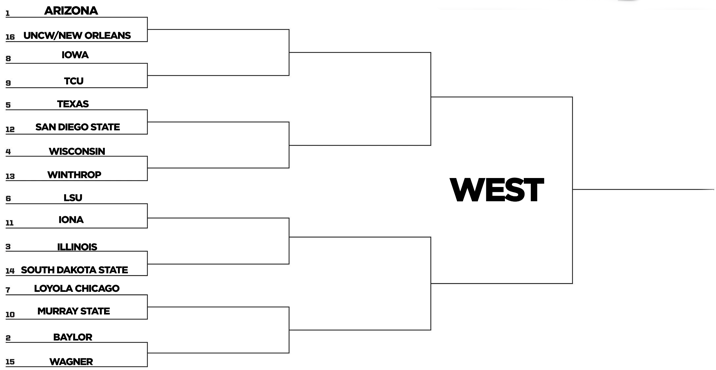 No one expected the season the Wildcats are having. With Tommy Lloyd at the helm for the first time this season, Arizona is 26-3 with a 16-2 conference record.

They have big resume wins over the Illinois Fighting Illini, the Michigan Wolverines, the USC Trojans and the UCLA Bruins. With a grip on the Pac-12, the Wildcats are fighting for the overall No. 1 seed. 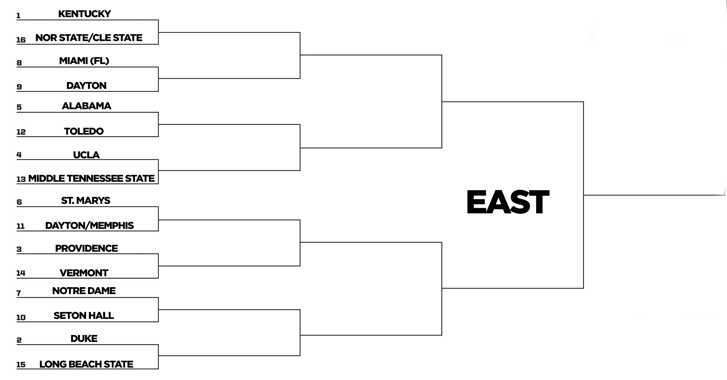 The Kentucky Wildcats were not to par with how history has seen the team last season. However, head coach John Calipari went from a 9-16 season to a 24-6 season in less than a year.

The team may have a few bad losses under its belt, but compared to other top teams, their resume is considerable for a one seed, especially with a Player of the Year candidate in Oscar Tshiebwe. The 18-point victory over Kansas at Allen Fieldhouse is carrying some good weight to the resume. 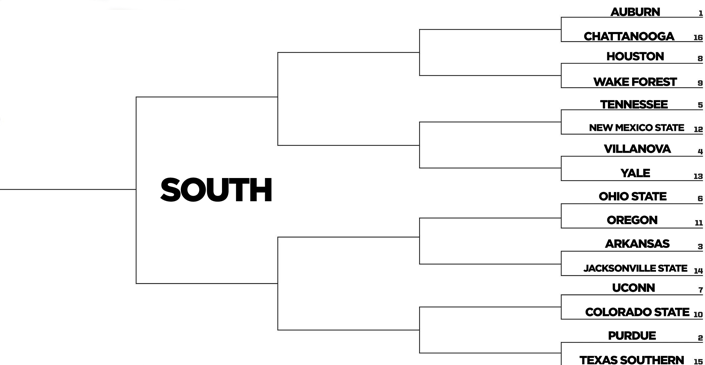 The Auburn Tigers were one of those teams that looked good ending the 2020-2021 season. That confidence boiled over to the 2021-2022 season.

Rattling off 19 wins in a row is a tough feat, especially with the bulk of it coming in conference play. Head coach Bruce Pearl has been pummeling opponents thanks to freshman forward Jabari Smith averaging 16.2 points per game and 6.8 rebounds per game. 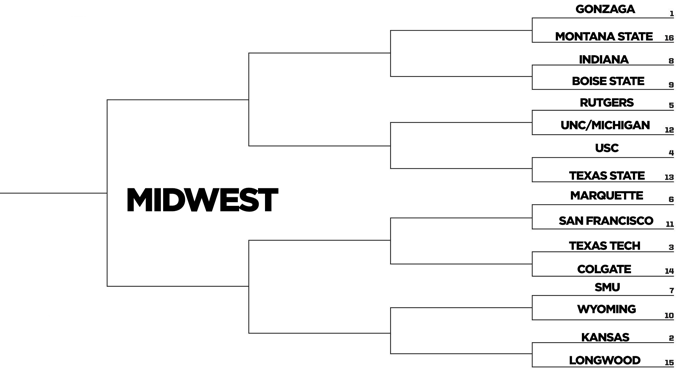 The Gonzaga Bulldogs missed out on an opportunity to perform a feat no team has done since 1976. They fell short in the championship game, but now they look for vengeance.

After a strong start to their non-conference schedule (sound familiar?) only losing to ranked Duke and Alabama, the Bulldogs had yet to drop a single game in the West Coast Conference until losing to St. Mary’s in their final game of the regular season. But will that deteriorate the team’s title hopes with more Power 6 opponents on the docket?

The usual blue bloods are somewhat having a resurgence of a year this season, except for North Carolina. A new head coach in Hubert Davis and bad losses to good teams creates a scenario where you have to find ways to stay alive.

It helps that the Tar Heels sit third in the ACC standings, but it is not a good look when you lose to Pitt at home after pummeling Florida State. UNC needs to find a way to come together and find ways to win without relying heavily on Armando Bacot.

All college basketball experts had Michigan as a title contender with Hunter Dickinson coming back. One contract extension, a few early season upsets and an open-handed smack later, the Wolverines are fighting for a bid.

Most analysts had freshmen Caleb Houstan and Moussa Diabate become difference makers for Juwan Howard’s squad, but averaging 19.6 points per game combined raises some questions. The bigger question is how Michigan will do with Howard suspended for the rest of the regular season and with two ranked opponents closing it out.

The Dayton Flyers started out rough with bad losses to Umass Lowell and Austin Peay, but have slowly made their way to one game within the Atlantic 10 standings. But based on their wins against No. 4 Kansas and Miami (FL) boosted that resume.

The conference slate has not been the most favorable to Dayton. They do have some bad losses to mid-tier A-10 teams, so a deep run into the conference tournament is a must to stay alive.

This team was another favorite to make a deep run into the tournament. However, a drop in production and injuries plagued the team.

Penny Hardaway’s squad lost a key player in Emoni Bates for an extended period of time, leaving Jalen Duren with the workload of this young team. Feast Week and a few conference games were not favorable to the Tigers, but they manage to find themselves in the thick of the American Conference race, especially with how injury riddled Houston is.

Will Daniel Snyder Be Forced To Sell The Washington Commanders?