Another week, another new episode of "Crashing."

Pete Holmes and Judd Apatow continue to flex their creative talents with each new episode. The stories they tell are intimate and deeply personal, while also being hilarious. This week's episode “The Secret” is no exception to the standard. If you are not all caught up with "Crashing," proceed with caution as there will be full spoilers ahead:

While Pete does have confidence in his comedy, his struggle to get exposure. in turn, hurts his level of confidence. Luckily for Pete, he has Kat by his side to give him the nudge he desperately needs.

The first half of the episode showcases the growing relationship that Pete and Kat have. The opening montage suggests that a big part of their relationship is lust. This is followed up by a trip to the “Pleasure Palace” where Kat suggests that they get a little bit more adventurous.

At this point Pete and Kat have been dating for three weeks. Everything to them is still new and fun, something Pete has not had since his brief time dating Ali. The two seem to be very happy with one another, so much so that Kat convinces Pete to make a vision board in order to better visualize his dreams.

Pete has not been completely clear about what he wants from comedy. Pete claims he just wants to be respected in the comedy community, but Kat digs a bit deeper. She convinces Pete to reveal another dream of his.

That dream is to write a sitcom and have it aired. Pete only wants to write, but Kat thinks he should star in it. Pete is not in favor of this idea, but it is something that Kat will most likely bring up again in the future.

After the vision board is complete, Kat tells Pete she has a surprise for him. That surprise, much to Pete’s dismay, is a trip back to the comedy venue that denied him a spot as a regular in the premier. After much convincing, Pete agrees to attend the show.

To make matters worse for Pete, the two get front row tickets where all the comedians performing can see him. And see him they do. Every act of the night makes fun of Pete in the brutal way comedians tend to do, doing the exactly what Pete feared.

After the show, Pete and Kat make their way towards the back where the performers were at. All the comedians are good sports about what happened, including Pete. Kat, however, had a different attitude. Kat defends Pete, stating that he is the funniest comedian there is and proceeds to trash talk each act that went on stage.

The episode ends with Pete and Kat running into Ray Romano on the side of the street. Earlier in the day when Pete was making his vision board, a picture of Ray Romano was one of the most prominent images. Ray is understandably weirded out by this fact, but does his best to give Pete confidence in his comedy and his goals.

Ray’s parting words to Pete are, “If it’s meant to happen, it’ll happen.” The final shot is of a fake poster on the side of a bus previewing what would be Pete’s show idea, "Holmes School." This gives Pete another boost of confidence, helping him visualize the things he wants in his career.

Over the past two seasons of "Crashing," Pete has been through some tough times. From finding out his wife was cheating on him to getting very little respect from established comedians. In the newest season, Pete’s level of confidence in himself and his comedy is noticeably growing.

Additionally, Kat has become a positive influence for Pete in regards to putting himself out there. The introduction of Kat will surely help Pete get over some of the hurdles he has faced in the past, and it will be interesting to see where Pete and Kat’s relationship goes from here.

Check back each week to keep up to date with everything "Crashing." 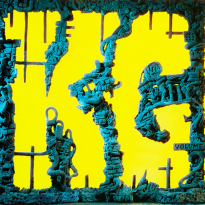 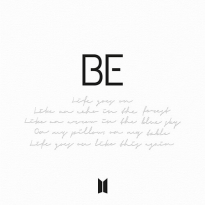