It is the return of Clint Eastwood as a cowboy, but the return is a total letdown.

“Cry Macho” is the newest Eastwood movie that is directed, produced and starring himself. Eastwood has a mixed directorial ability, where some are major hits like “American Sniper” or “Million Dollar Baby”. “Cry Macho” tends to fall into one of his most forgettable and underwhelming movies like “The 15:17 to Paris”.

“Cry Macho” is the reprisal of Eastwood’s notorious cowboy, and it was 40 years in the making. The movie has the plot that shows Eastwood’s cowboy, Mike, trying to recover the son of his boss from his boss’s wife down in Mexico.

The plot seems to be set up as a typical western. Normally westerns are slow, but they tend to build up to fun action sequences or jaw-dropping moments. This movie is an utter snooze fest.

The pacing is so slow. One would expect the movie to be slow, especially an older Eastwood as the lead actor, but this movie just felt like it was just built up for something more the whole time.

The whole movie is built around the main character Mike trying to regain a life after his family dies. Throughout the movie Mike learns what it is like to have a kid and family again. But the movie was too on the nose about it. There was no subtlety.

Whenever a big character moment was happening, Eastwood had the characters do a dialogue explaining exactly what was happening in that moment. Then the movie would just shoehorn in backstory, that felt forced and didn’t match the tone of the scene.

Also, the movie had too much talking. Yes, many amazing movies or tv shows only talk, but in “Cry Macho” most of it was just boring talks. The dialogue wasn’t interesting. The dialogue was just setting up background or a cheesy buildup of character relationships.

The dynamic between the two lead characters of Mike and Rafo, or the boss’s kid, played by Eduardo Minett, had a real rocky relationship. There were too many ups and downs. The “father-figure” to Rafo just did not sit well especially when the movie ends.

The ending was the most lackluster part of the movie. It has terrible conflict resolution and has a forced happy ending, when only Mike has a happy ending.

The main and supporting characters in the movie were Mike Meyers by Clint Eastwood, Rafo by Eduardo Minett, Howard Polk by Dwight Yoakam, Leta by Fernanda Urrejola, Aurelio by Horacio Garcia Rojas, and Marta by Natalia Traven.

Yoakam’s performance was a funny one. He plays Polk who is the boss of Mike and sends Mike to get his son. He plays a cowardly and greedy man perfectly. The only issue with his role in the movie is that the audience cannot really connect with him when his twist comes up and his performance is very goofy which felt out of place for this film.

Minett’s performance is the second biggest role in the movie right behind Eastwood’s. For his first leading role, He performed quite well. For a boring script, he tried his best and played a kid very well.

Garcia Rojas’s role as Aurelio was supposed to be threatening but was not in the slightest. After being bested by an old man and a chicken it is hard for the audience to believe that he is some tough macho gangster.

Urrejola’s Leta who is Rafa’s mom is supposed to be weak, yet she is a head of a cartel in Mexico City which is very conflicting. Her performance was also very uncomfortable due to her trying to sleep with Mike who is way above her age. It was uncomfortable to watch the weird relationship with Mike and she was heavily underutilized for being the main villain.

Traven’s Marta plays love interest to Mike. She played the love interest well especially since Leta and Mike don’t speak the same language. She performed well in her role as a mother and love interest. There is not much to say about her role besides nodding the head and saying good job Traven.

Mike is supposed to be the macho man and the hardest cowboy, who lost his wife and kid and is washing away. Mike’s arc is learning to move on and to find happiness without needing to be macho anymore. But there is one glaring flaw in this ex-macho man.

Eastwood is too old to play Mike.

It is a sad truth, but Eastwood just felt very slow and old. For a man who’s supposed to be the toughest cowboy there was no threat here. A younger man should’ve played Mike.

There are some bright spots in the movie, however.

Eastwood delivers great messages throughout the movie of moving on, to be yourself and forgiveness.

The visuals and certain camera shots really capture the western feel. The audience can just get sucked into the beauty of Mexico and Texas throughout the movie.

Overall, “Cry Macho” is too slow for its own good and Eastwood is too old to return as a cowboy. For a movie 40 years in the making, it felt sloppy and its only redeeming quality is its messages and visuals, but it is serious doubt that anyone can stay awake to see these things on screen.

Ethan Hetrick is a first-year student majoring in communications. To contact him, email eth5186@psu.edu.

College Football Game of the Week: No. 7 Texas A&M vs. No. 16 Arkansas 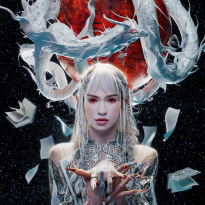 CommRadio Singles Round Up: December 8 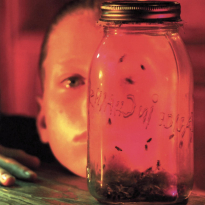