In an effort to expose a larger population of readers to “classic” films, CommRadio’s Arts & Entertainment Department is providing a weekly retrospective of notable motion pictures. These movies are selected individually for their cultural and cinematic achievements. For this, submission to the Deep Focus, our department has chosen Katsuhiro Otomo’s 1988 breakthrough anime, “Akira.”

Animation, and Japanese anime in particular, often get a bad reputation among American audiences. They carry with them the stigma of children’s entertainment, as though they cannot have mature or insightful themes. In reality, animated films allow an incredible amount of flexibility among subjects and visuals. With some effort and talent, animation can bring to life an astounding world with limitless possibilities.

Before the advent of computer animation simplified the process, there were certain hand-drawn films which reinvigorated the art form whenever the product became stale. “Snow White” was the first animated feature, “Fantasia” combined animation and music to its greatest effect, “Fritz the Cat” proved adult-oriented animation could be successful, and “Who Framed Roger Rabbit” allowed cartoons to interact with live-action people. As impressive as these films are, all pale in comparison to one of the greatest undertakings in 2D animation, “Akira.” 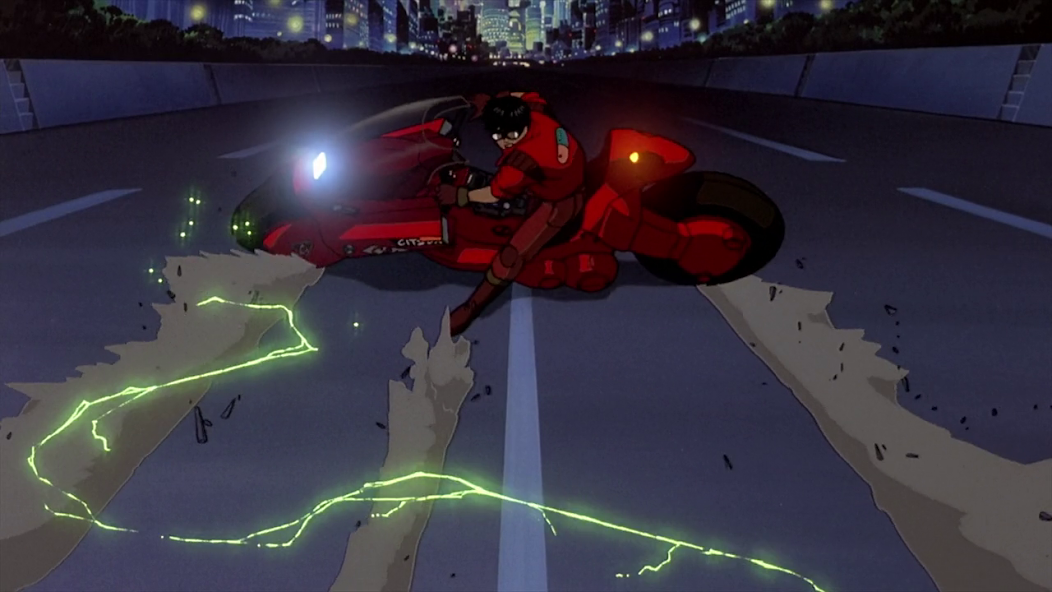 In 1988, a terrible blast leveled Tokyo, destroying anyone and anything within its radius. Thought to be a nuclear attack, the blast triggers World War III and forever changes the balance of power in Japan. Thirty years later, in the far-future of 2019, Neo-Tokyo now stands where the old city once was. Biker gangs roam the streets and anarchists and cults launch terror attacks regularly.

All the while, a secret government program contains and researches a mysterious group of telekinetic children. After a mishap with one of the psychic children, delinquent biker Tetsuo unlocks the next phase of human evolution, sending Neo-Tokyo into chaos and becoming too powerful for his mind or body to control.

This itself is a condensed synopsis of the film’s story, let alone its source material, but it brings to light the depth at which this movie operates. The main focus of this film is on relationships and the inability to keep them under control. Kaneda’s relationship with Tetsuo, the government’s relationship with its citizens, humanity’s relationship with nature, all of these are predicated on a delicate balance that is thrown out of proportion. Also, subjects of note are the effects of drug addiction, government corruption, and bureaucracy, the blind pursuit of science as well as the role of the military in domestic affairs. 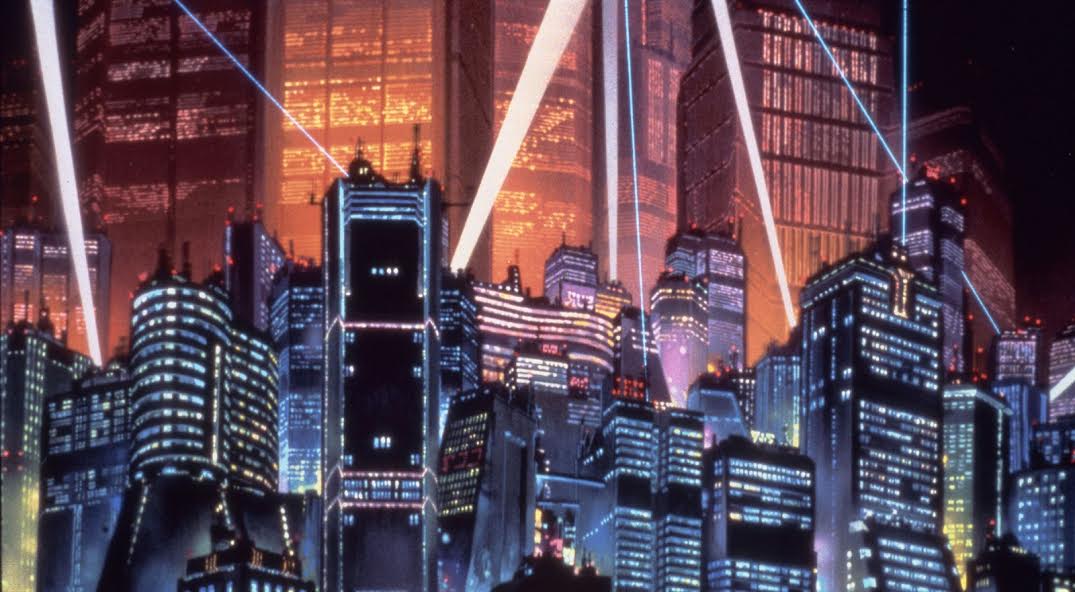 However, on the surface, “Akira” is a fantastic science fiction film aided by stellar animation. The whole movie is animated on ones and twos, giving it a fast pace of movement with beautiful art. Some computer graphics were used to enhance larger shots, but the bulk of this movie was done by hand. The attention to detail with lighting cues and color temperatures is legendary, as the animators had to develop a massive color palette from scratch when constructing this film. The location is immediately distinct, and Neo-Tokyo itself is a character drawn upon throughout the film. A futuristic utopia that’s fallen victim to urban decay.

Visually, “Akira” can be categorized within the cyberpunk aesthetic, alongside films like “Blade Runner” and “Ghost in the Shell.” Such movies are very comparable, taking cues from American and French noir films, science fiction and German expressionism to create a look that is all their own. As a result of this heightened style, “Akira” is more capable of exploring conceptual ideas in a way that feels very fresh and exciting. With the harsh contrast between the dark of night and neon lights, the audience is treated to a very appealing visual that also displays man’s ability to meddle with nature.

Neo-Tokyo is a monument of man in defiance of nature. Tokyo was destroyed, but humans responded by building it even bigger than before. The city is in disarray and the only ones keen to do anything about it do so by causing destruction. Oddly for a movie that depicts the government so poorly, the only person of power with a grasp on the situation is the colonel, who needs to execute a military coup even to retain his power. While much of the movie is spent pondering evolution, rebel politics and the ethics of scientific experimentation, it is the climactic final scenes that make “Akira” a masterpiece. 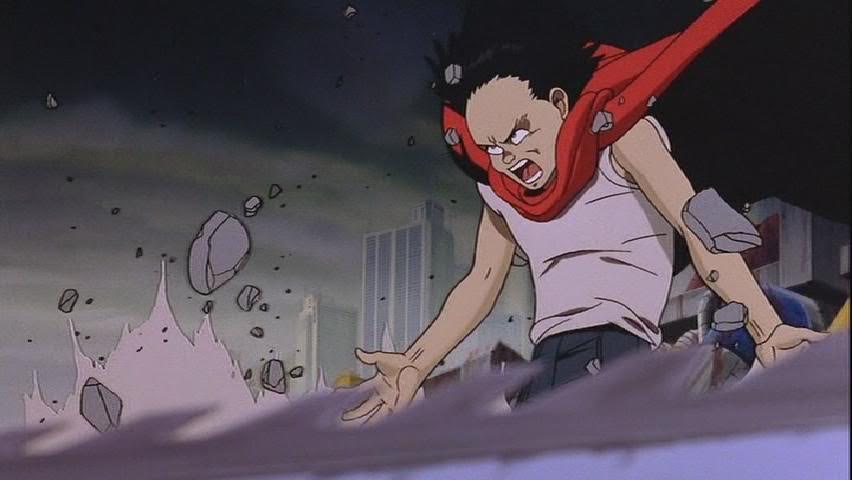 Tetsuo is one of the most interesting and dynamic characters in science fiction. He was a lowly biker gang member, not even respected by his friend Kaneda. He was weak and unable to protect himself or the girl he loves. After the collision with Takashi, he is imbued with the power that lies dormant within all humans. This power transforms him, both physically and emotionally.

After confronting this change in biology, Tetsuo metamorphoses into a being greater than any individual human. He has telekinetic powers, incredible strength, the power of flight and at one point even enters space to destroy a satellite. Tetsuo is the full realization of humanity’s potential and he uses that power to destroy. 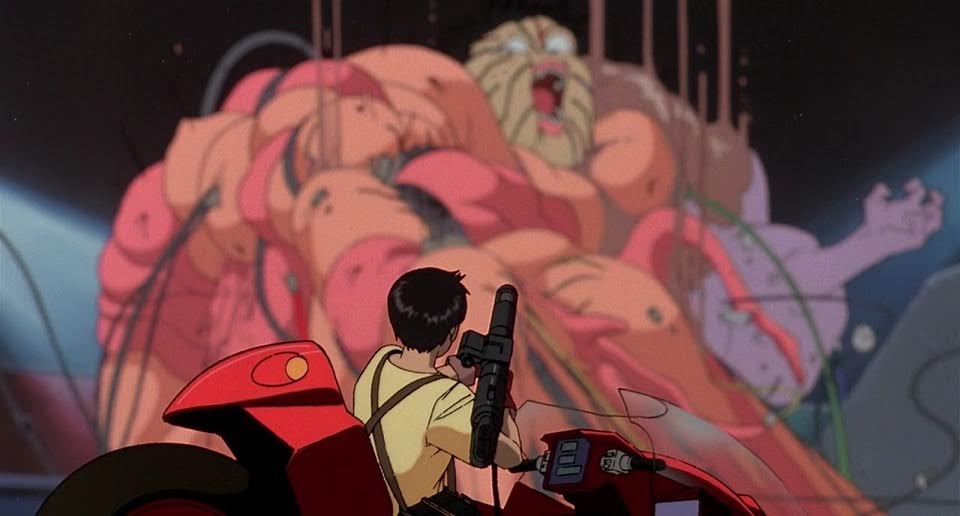 Tetsuo is a god amongst men, but he falls victim to his own hubris. Scarred from a battle with Kaneda and suffering from drug withdrawals, his immense power is his undoing. Humans are unable to cope with the power they wield. Like with nuclear weapons, anything with that degree of destructive capability is likely to bring about its user’s demise.

When Tetsuo’s body loses control and bubbles into a grotesque, monstrous creature, it is because he, as a human, was unable to defeat the forces of nature. His relationships with nature and Kaneda drove the plot of the movie, and now they are in such disorder that he is helpless to put an end to what he has caused. Only the intervention of the three psychic children and the long-deceased Akira is able to remedy the situation, but not until the point at which Tetsuo can no longer be helped.

As the first modern anime to see popularity in western markets, “Akira” has no shortage of imitators in popular media. Kanye West has long been vocal of his love for this film, and the characters have had a notable influence on those from “Dragon Ball.” Other films and shows such as “Stranger Things” and “Chronicle” borrow more than a few signs from the “Akira” playbook.

In conclusion, “Akira” is among the apex works in the history of animation and it deserves recognition as such. It confronts profound topics in a simplified and engaging manner, using iconic imagery and excellent filmmaking to form one of the most intriguing science fiction stories ever crafted. This movie deserves an immediate viewing and comes with a recommendation without qualification.


Billy Jackson is a junior majoring in Film/Video production. To contact him, please send an email to wjj5064@psu.edu.

Game of the Week: Seton Hall vs St. John’s

Around the Power Five: Week 3 (Football)