It’s finally that time of the year again. When leaves begin to turn brown and orange, and wardrobes begin to trade bathing suits for sweaters and boots. Football season is finally upon us! Everyone is refilling their propane tanks, taking a trip to the local liquor store, and breaking out their team’s colors. Wherever your loyalty may lie; whether you bleed Eagle green, or believe you look more chic in Steeler black and gold, nearly every hardcore football fan has the same goal in mind (that’s besides seeing their team lift the Lombardi trophy come February)… To be sole champion of their fantasy football league! Every week I will be breaking down what players are smart pickups, who should start over who, and whose stay on your team should end quicker than a Kim Kardashian marriage.

***Note that all stats shown derive from an ESPN with standard settings.

Matt Ryan (ATL): Quarterback is the deepest it has been in years. You will be just as safe as you were in previous years starting the Bradys, Brees, and Rodgers of the world. However, I believe Ryan is going to have a stand out week. The Falcons are away in New Orleans, but don’t let that scare you. Ryan has weapons such as Julio Jones and Roddy White out wide. Additionally, the Saints are coming off of arguably their worst defensive year in history. They finished 31st in the league in passing yards against (292.6 yards), and with the introduction of new defensive coordinator Rob Ryan (who was fired from three jobs in the last five years) don’t expect too much improvement for the Saints on D.

Jamaal Charles (KC): Jamaal Charles has had an interesting past few years in the fantasy world. Personally, I view him as an inconsistent back who you never quite know what kind of week you’ll get from. However, with the combination of a revamped O-line, implementation of Andy Reid’s new offense, and Charles running against a defense which ranked second to last in the NFL last season in the Jaguars, expect Charles to get a lot of carries, and quite a few yards. Charles is definitely the guy to start, and is a good complement to Ray Rice, Trent Richardson, Marshawn Lynch, or Adrian Peterson.

Dez Bryant (DAL): For the amount of flack Tony Romo receives on a weekly basis, he is still a fully capable, and undervalued QB (regular season; not the playoffs). Dez posted 1,382 yards receiving yards last year, but don’t play him and expect him to exceed that number this season. Instead, play him in anticipation of touchdowns. Dez is going to be Romo’s main target in the red zone, and for good reason. Last year, Bryant caught 12 TD’s, and Romo is surely aware of his capabilities against defensive backs; especially in the end zone.

DeSean Jackson (PHI): I don’t care what projections say, Jackson is going to simply have a hard time producing this year due to the implementation of Chip Kelly’s ‘Oregon-style’ offense. For this reason, I have to advise against starting Jackson

Jimmy Graham (NO) or Tony Gonzalez (ATL): Graham and Gonzalez face off in the Superdome Sunday afternoon, and they are going to have quite the duel. Both players are intricate parts of their offense in one way or another, and have All-Pro QBs in Brees and Ryan. Expect solid numbers from both as these two men try to outdo each other on the field this weekend.

Good luck, and have a great first week of Fantasy Football (unless you happen to be playing me)!

NOTE: Many of the players stated above should be used as complements to other top 10 players you may have on your roster at each respective skill position.

Lynch Continues Legacy of No. 22 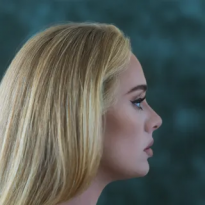