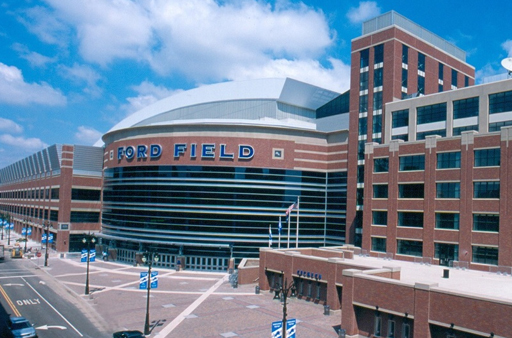 With former Detroit mayor Kwame Kilpatrick heading to prison, the city of Detroit ate its coney dogs, drank its Faygo and can now turn its focus to the offseason plans of the Lions. Here are five moves that could make Lions fans continue to consume Detroit's finest food and beverage and send the franchise back to the postseason.

The key is what is in the parentheses: Bush would be a great fit in Detroit, but only at the right price. It would not make sense for the Lions to overpay, but unfortunately that seems likely. Nonetheless, Bush is a great fit with running back Mikel Leshoure, combining his versatility with Leshoure's power. Bush has thrived over the last two seasons in Miami, both in the backfield and on the outside, something the Lions hoped to get from Jahvid Best, who never produced.

Bush had 986 total yards and six touchdowns for Miami in 2012. Added to Leshoure's 798 yards and nine touchdowns, and the Lions are a completely different team. With all due respect to Joique Bell and Kevin Smith, that would be a big time upgrade in the Detroit backfield.

According to reports, Bush is in Detroit right now talking with the Lions, and the Bengals have emerged as another contender to sign him. Detroit has to find a way to beat out Cincinnati without breaking the bank to get him. While his services are greatly needed, Detroit has plenty of other needs that it needs to the financial flexibility to take care of.

Should Detroit and Bush agree to terms, that gives quarterback Matthew Stafford a weapon he has not had and has needed ever since he's been healthy (knock on wood, Lions fans).

Nnamdi Asomugha was released by the Philadelphia Eagles today. You can check out Troy Weller’s story on that here. A lot of teams have been rumored to want his services and the Detroit Lions should not be one of them.

Although he is still an effective cornerback, I don’t see his fit on the Lions considering other defensive needs and the current personnel they have. Detroit would be spending its money much more effectively on a guy like San Francisco 49ers safety Dashon Goldson or New York Jets safety LaRon Landry. Unfortunately for Detroit, Goldson seems to be a lock to go to Tampa Bay, maybe even by tomorrow.

Now, Landry and a guy like Glover Quin seem to be the next likely targets for Detroit. Both will come at a cheaper price than Goldson.

With or without Louis Delmas, another impact safety is needed to give the horrendous Lions secondary a complete and much-needed makeover. Quin and Landry are both proven playmakers, with Landry being more of a hard hitter.

DeAngelo Hall is another possibility here, although he has at least five teams in pursuit of his services. Hall would be a decent fit at corner and would make some plays on the ball, which has seemed not to be a concern of a Lion defensive back in the recent past.

All three players would be an instant upgrade for Detroit. That is an obvious no brainer.

However, Quin, Landry, Hall, or any deal for that matter, requires General Manager Martin Mayhew to spend money, something the Lions haven’t wanted to do out of house in a very long time.

This one is short and sweet. It doesn’t have to be a big name guy like former Steelers linebacker James Harrison to come in and be effective, although that would be nice. Harrison would be a great fit, but by the time the Lions get around to it they might not have the money. All they need is an effective guy on the end to replace defensive end Kyle Vanden Bosch.

Defensive end Cliff Avril doesn’t seem likely to return to Detroit, simply because he is asking for more money than the Lions want to spend at that position.

For some reason, head coach Jim Schwartz and his staff value Willie Young, enough to resign him today. According to reports, Seahawks defensive end Jason Jones is with Bush in Detroit visiting with the Lions. Jones is a versatile lineman who should combine well with defensive tackles Ndamukong Suh and Nick Fairley.

Detroit just needs effective bodies at that position to bode well with the interior linemen, no big name required.

This is another easy one. It doesn’t matter who, it just needs to get done. New York Giants wide receiver and kick returner Domenik Hixon is a potential target. If not Hixon, Mayhew needs to find someone, along with a healthy Ryan Broyles, to complement Johnson and Nate Burleson after the Lions made the (late) decision to release Titus Young. 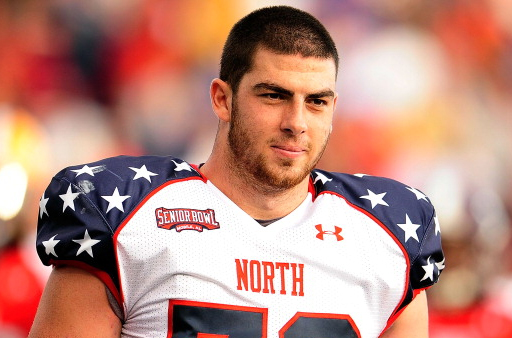 Eric Fisher, a local talent, may be the right choice for the Lions in the first round

5. Draft Joeckel, Fisher or Milliner in first round

With offensive tackle Gosder Cherilus signing with the Colts and the aforementioned atrocious Lions secondary, one of the three above players (if available) must be drafted with the fifth overall pick.

Texas A&M offensive tackle Luke Joeckel’s hype makes him being on this list obvious enough and Central Michigan's Eric Fisher has rose to a top five pick since the combine. Alabama cornerback Dee Milliner is a great fit, but the Lions have to decide if he is worth it with the fifth pick.

Free agency will have a big impact on all of this, but one of these three players have to be wearing a Detroit uniform if they are still available when the Lions are on the clock. All three won't be available so the Lions won't have to choose, but Detroit fans would be much more comfortable hearing one of these three names than the name of a defensive end like Oregon's Dion Jordan or Brigham Young's Ezekiel Ansah.

With that said, if the defensive end spot isn’t taken care of in free agency and Fisher and Joeckel are gone, Detroit could be better off taking Jordan or Ansah than a guy like Milliner.

Playoffs, coney dogs and Faygo. Get these moves done and there will be a heavy dose of all of that come January.