There are a plethora of fantastic games on deck for this weekend, but they will be highlighted by a grudge match of two undefeated teams as the No. 8 TCU Horned Frogs will travel to Oklahoma to take on the No. 14 Oklahoma State Cowboys Saturday.

The winner will be 9-0, enhance their chances of propelling their team into the College Football Playoff conversation and take over the sole spot of first place in the Big 12.

Two high-octane offenses will take the field for a game that is expected to be nothing less than a shootout.

The Cowboys are coming off a win against Texas Tech in which they put up 70 points.

TCU is no stranger to the scoreboard either as they have scored at least 40 points in all but one of their games this season.

TCU quarterback Trevone Boykin is the real deal and, if LSU running back Leonard Fournette slows down, is a sure fire Heisman Trophy candidate for the second straight year.

With 2,927 yards through the air, 28 touchdowns and only five interceptions, Boykin has shown how poised he is under center for the Horned Frogs.

With the help of one of the best wide receivers in college football in Josh Doctson, who boasts 1,250 receiving yards and 14 touchdowns, and running back Aaron Green who has pounded in eight touchdowns and 699 yards on the ground, the Horned Frogs are second in the nation averaging 48 points a game.

While the TCU defense is respectable, it has its ups and downs and Oklahoma State will certainly be its toughest test of the season by far.

The Cowboys offense boasts quarterback Mason Rudolph, who has thrown for 2,482 yards and 12 touchdowns this season. Wide Receiver David Glidden has hauled in three of those TD’s, along with 628 yards. Even though the run game hasn’t been the best it could be, Chris Carson has racked up 365 yards and three touchdowns of his own on the ground.

Even with TCU’s defense being a young unit, the team has seemingly progressed since the start of the season holding West Virginia to just 10 points last week.

Expect this matchup to be very high-scoring and offensively pleasing to the eye.

Mike D’Avella is a sophomore majoring in broadcast journalism. To contact him email mfd156@psu.edu. 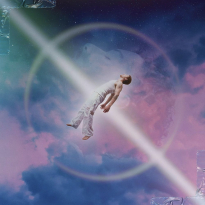