Host Logan Bourandas alongside Ben Geller and Dale Ostrander dive into Penn State's bowl game matchup against the Memphis Tigers in the Cotton Bowl. They look at both sides and even give out predictions for the matchup:

For the first time since 1975, Penn State will be heading to Dallas to play in the Goodyear Cotton Bowl. The game will mark the 50th bowl appearance for the program and its third New Year’s Six bowl game in the last four years.

Despite the high-profile nature of all the New Year’s Six games collectively, many Penn State fans were discouraged with the bid that the Nittany Lions received. Missing out on the Rose Bowl seems to be their main disappointment, but much of the Penn State faithful has also taken issue with the Nittany Lions’ opponent.

While other Big Ten teams will be playing the likes of Clemson, Alabama, Auburn, Oregon, and USC, the Nittany Lions will square off against the Memphis Tigers—the Group of Five at-large bid out of the American Athletic Conference (AAC).

The Tigers come into this matchup as AAC champions, having beaten the Cincinnati Bearcats in their conference championship game just after beating them in the final week of the regular season. Memphis currently sits at 12-1 on the year, but in order to make it to 13-1, the Tigers are going to have to pull out a win without their head coach.

Mike Norvell came to Memphis in 2016 and immediately provided a spark for the program. This season was his most accomplished one yet, and it was enough to land him a job as head coach at Florida State—a job he accepted this past weekend.

Norvell has decided to effectively assume his responsibilities in Tallahassee, leaving deputy head coach Ryan Silverfield in charge of preparing Memphis for its biggest bowl game in program history. One thing is for sure, though: Silverfield will have a great deal of offensive talent to rely on.

Brady White has placed in the top 10 among FBS quarterbacks in touchdowns, passing yards, and passer rating this season. He’s joined in the backfield by Kenneth Gainwell, who has the eighth-most rushing yards in the country. Gainwell also serves as a reliable option in the pass game, but not as reliable as Damonte Coxie, whose 68 receptions and 1,144 yards make him far and away the leading receiver on the team.

With this type of production coming out of their skill positions, it’s no wonder why the Tigers are one of only eight FBS offenses to average 40 or more points per game. Their defense, on the other hand, hasn’t been anywhere near as stellar.

Memphis has given up roughly 172 yards per game against the run. With Penn State’s Journey Brown really finding his stride in the latter half of the season, you can expect him to get into the secondary levels of the defense with ease against the Tigers. A healthy Sean Clifford should also be able to operate on the ground in this one, adding an element to the offense that might be able to help Penn State’s struggling receivers in getting open downfield.

If the Nittany Lions are going to lose this game, it won’t be because of their offense. The team has struggled with cashing in on solid drives, but with Memphis being ranked 124th in redzone defense, Clifford and company should have no problem getting points up on the scoreboard.

The question is whether or not the defense can hold up against this high-powered Memphis charge. Yetur Gross-Matos’ decision to suit up for this game will pay dividends in establishing a pass rush, which will be of utmost importance for the Penn State front seven. It’s imperative that they make Brady White uncomfortable and, in turn, give the undersized corners better chances of defending the pass in man-to-man coverage.

It wouldn’t be surprising if this game was close throughout the entirety of the first half. However, Penn State not only knows how to handle games of this magnitude, but they are also the more complete and more disciplined football team.

Contrary to popular belief, Penn State has more to prove in this contest, and they will pull away to win it.

Connor Griffin is a sophomore majoring in broadcast journalism. To contact him, email cfg6@psu.edu.

Connor is a junior from Horsham, Pennsylvania. This is his second year working with CommRadio, and he currently serves as one of the station’s two production directors. In addition to his managerial role, he calls play-by-play for Penn State sports and co-hosts No Boundaries with Zach Donaldson. On the weekends, he is a student reporter on the Unrivaled Pregame Show for Penn State Athletics. You can contact him at .(JavaScript must be enabled to view this email address).

Logan Bourandas is a broadcast journalism major from Long Island, NY. He is a the news director for CommRadio and the host of Ducks on the Pond, which is an all-baseball talk show on CommRadio. He is also a sports writer and podcaster for CommRadio. He got his start as the station manager for his high school radio station WPOB in his hometown of Plainview, NY, where he hosted numerous radio shows and was involved in sports broadcasts. You can contact him at .(JavaScript must be enabled to view this email address). 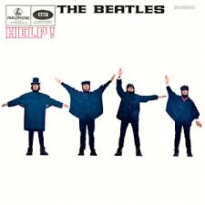 The Allegations Against Artemi Panarin