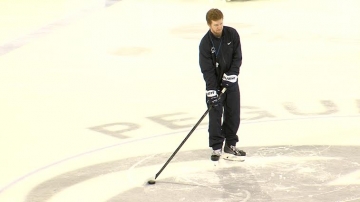 We are in a new age of sports where everyone wants every bit of information that they can get their hands on. Sports have merged with the way technology has changed so much over the years. Statistics are available right in the palm of our hands and anyone can watch nearly any sporting event they want.

More than other sports, you see in baseball how teams have full-time analytics people, decision-makers, or people that just focus entirely on advanced statistics that are all a part of the team’s operations staff. Their primary job is to collect a bunch of data through game performances, have that said data easy to access for players and coaches, then use that information to help enhance the team in practices and games.

Almost every single athletics team, whether it is at the collegiate level or professional level, has at least one person that is in charge of video and use that logged video to break down the nitty gritty information that coaches use to utilize in future practices or games.

For a team that is still just in its second year as a Division I hockey program and putting together a foundation for future teams, Penn State men’s hockey has to find a way to not only go about its usual business, but to think outside the box. Getting talent on the ice, working as a team or playing a “full 60 minutes” is good and all. But finding one or a few unique details are what makes teams differentiate and will set them apart from other programs.

After the Nittany Lions dropped their November 15, matchup 3-2 against the then-No. 13 ranked UMass Lowell Riverhawks, head coach Guy Gadowsky was asked in his postgame news conference about the performance of freshman net-minder Eamon McAdam and his rebound control early on in the game. McAdam allowed three goals in the first period but finished the game turning aside the next 31 shots thrown his way in the second and third period. Gadowsky stressed how he was able to build off of that and learn from his mistakes later in the game. But before McAdam became available to give his thoughts on his performance in goal, Gadowsky gave credit to the hard work of one person.

He does not lace up the skates for games and he is not listed on the official roster. Go on the team’s official website and take a look at the coaching staff and he is nowhere to be seen there, either. If you are lucky enough to attend a practice, you might actually see him with the skates laced up wearing a blue Penn State hockey windbreaker helping out Gadowsky and assistant coaches Keith Fisher and Matt Lindsay.

Go to a home game at Pegula Ice Arena and sometimes you will hear public address announcer Rodney Martin say his name after both team’s starting lineups are announced as a part Gadowsky’s coaching staff. He stands on the bench with the rest of the team throughout the game. Earlier in the season, he hung out up in the coaches box with Director of Hockey Operations, Bill Downey.

Oh and did I forget to mention he is a redhead, too? He is kind of hard to miss.

Let me introduce you to the man in charge of all of the behind-the-scenes details of the Penn State goaltenders; student assistant coach George Lewis.

Lewis’ role is to simply be the overall eyes and voice of reason behind Nittany Lions netminders Matt Skoff, Eamon McAdam and PJ Musico. But he also serves as another set of eyes and source of information for not only the three goalies but the Penn State coaching staff.

You might be wondering, how does a guy that played forward essentially turn into a goalie coach for a college hockey team, especially one that is only in its second season?

Well, under the tutelage of former ECHL goalie and current goalie coach Dave Marlin, a guy that has spent time as a scout in both the United States and overseas in Europe, Lewis picked up the knowledge of goaltending. According to Lewis, over the past six or seven summers, he has been working for Marlin as one of the assistants organizing and running some of Marlin’s goalie camps around his hometown. With those experiences, he has gained a lot of understanding being the nuts and bolts of the goalie position.

Even more so, Gadowsky said himself that Lewis got a lot of high praise from an outside source on what he could bring to the team with his knowledge of hockey and working with goalies.

“He came very highly recommended, but you never know until you get to know the guy,” said Gadowsky on Lewis. “He’s an incredibly intelligent young man and he’s a very very hard worker and you see what he can handle.”

So with experience working alongside a former professional goalie and the stamp of approval from Gadowsky, what does Lewis do so well that makes him so pivotal to the team’s operations and performance?

Players log hours upon hours of time looking at video of not only their in-game performances to help perfect their craft and enhance, but to break down tendencies of their opponents. It helps them improve along the way and figure out what they need to stress to become a better player. Maybe a goalie needs to work on directing shots into the corners or better yet, getting beat too many times to his blocker side on goals.

This is where Lewis comes in.

He charts every single possible goal allowed by Skoff, McAdam and Musico in every single practice the team has and for every game played.

That’s right, every single goal allowed in every practice, and game, is charted by Lewis for future use.

With each of those goals allowed comes a few characteristics that Lewis tracks. First is where the goal went in on the goaltender, such as whether it was short side near the blocker, five-hole, or any other possible location a puck can go in.

Next, is the location on the ice the goal was shot from. For example, it could be a garbage goal that was scored from inside the goalies crease to even just a shot from the blue line along the boards near the bench.

Then comes the type of situation the goal scored in, such as a 3-on-2 odd man rush for the visiting team.

Lastly, what was the type of the shot, slap shot, wrist shot or back hander, and was the shooter right handed or left handed.

All that information and data is available for Lewis, the three goaltenders and the coaching staff whenever they please, through three different sources. One being Lewis’ personal notebook with all the raw notes on each goal he takes himself. Second, is the Microsoft Excel spreadsheet that he develops with all of the necessary information gathered on each goal -- the goalies are given these spreadsheets on a weekly basis from Lewis.

And finally, comes the team’s video system where actual video of practice and game footage is. All of the goals are tracked on video and are made into separate video clips to break down. Each clip gives video before and after each goal to see how the play was developed and ended.

“Just to have it as a tool is huge,” said McAdam on Lewis’ data. “If I want to go to it literally any time I can go in there and look at practices, games, literally anything. So I think it's very helpful."

“It's something that some NHL teams don't even have. A guy that literally breaks down pretty much every goal that you let in and charts it where it's going in, who's shooting it, from where...all that kind of stuff. It's definitely revolutionary.”

With all of that information at their disposal, Lewis, the coaching staff and the goalies can have tangible evidence on the tendencies and develop a pattern of what the goalies have to work on to get better.

The process does not stop there for Lewis, either.

After all of that information is gathered and broken down by him, goalie tailored practices are then developed once a week to primarily work on the goalies vulnerabilities, based off all of the data collected.

The team has individual ice reserved every day during the week from 2-2:50 p.m. on the main Pegula Ice Arena rink they usually practice on. During that open ice time, the team takes advantage of the Thursday slot to work specifically with Skoff, McAdam and Musico, so they can be fully prepared come game day. Five to seven shooters will join Lewis and the coaching staff during that 50-minute time slot to take a crack at the goalies to target those needs that were evident in the data. From that, the goalies then work on a multitude of different things.

According to Lewis, the most common type of goalie practice includes a heavy dosage of focus on rebound control, screening the goalies and their ability to stop redirected shots. Most importantly, Lewis says that they like to get the goalies a lot of work moving in tight situations with a lot of bodies surrounding them and how well they can track the puck.

Because of his familiarity with the team, their objectives and systems, Lewis has even had the opportunity to slide in to replace Lindsay or Fisher on the bench during game days when one of them takes to the road for recruiting visits. He even gets to throw on one of the headsets to communicate with the eyes watching the game up in the coaches box.

“It’s definitely been a blast,” said Lewis. “Being there and seeing Coach Gadowsky, Coach Fisher and Coach Lindsay operate on the bench has been a good learning experience for me. I’ve been on the bench before with the high school team I coached, but there’s nothing like this being in the arena with the crowd. It’s a lot of fun being down there.”

“He’s actually turned out to be extremely valuable,” said Gadowsky on Lewis’ role. “I have to say, he’s everything that who recommended him to me said he was.”

“The more (the goalies) have started to work with him and use his information, it’s very beneficial to them.”

So when you see one of the three Nittany Lion goalies play a good game in net, such as Skoff’s 32-save shutout performance in the 4-0 win against No. 10 Michigan last Saturday, just remember that someone other than the goalie themselves was behind that performance.