Saturday Night Live favorite Jason Sudeikis is back bringing more laughs, though not as Mitt Romney or Joe Biden, but rather as a drug dealer. He is joined by the most unlikely people to act along with him: Jennifer Aniston (with all her Friends “innocence”), Emma Roberts (umm, from Nickelodeons Unfabulous) and Will Poulter (Chronicles of Narnia: The Voyage of the Dawn Treader). Lucky for the producers, these actors can act.

Aniston transforms into a stripper, Roberts into an emo runaway, and Poulter into a virgin...well he doesn’t really change. But all these people must come together, after Sudeikis asks nicely for them to help him smuggle a tad (actually, a whole darn lot) of marijuana over the Mexican-U.S. border for his psycho drug lord (Ed Helms). Together, they will act as the perfect family on vacation...but don’t be fooled.

Considering it’s about drugs and dealing, this subject usually has a very serious tone to it; but not this movie. So, moving on.

This movie was considered the comedy of the summer. The box office lacked other such movies, which made it kind of sad that this one didn’t come out til early August. The summer could have used some of that comedy, with such comedy failures as The Internship, R.I.P.D. (why was even made into a movie?!), The Lone Ranger, and White House Down (sure the latter were more action-based, but enough humor was infused for it to be counted as comedy—also I included them ‘cause I just wanted to put it out there that they are bad movies).

The Millers may be a favorite with the audiences, so don’t let RottenTomatoes and Metacritics deceive you into not making it, “worth” your Penn State weekend evenings, even as you see the low numbers somewhere in the forties (out of one hundred). Maybe this can help put it in perspective: it has the same rating as Ted, Anchorman, Starship Troopers (wait, what?!), Harold & Kumar: Go to White Castle, and Easy A.

This deserves a 4 in regards to comedy (some sequences will make you LOL), and a 3 in regards to overall movie quality (aka story).

And if anybody asks (the movie’s tagline), yes, you should remain for the credits.

Sofia Westin is a freshman majoring in broadcast journalism. To contact her, email sgw5090@psu.edu.

Sofia currently works as a Digital Signage producer for Barnes & Noble College at Penn State University since September. Previously she served as Project Manager and Producer for Peer to Peer Productions, run by the College of Communications. She has held numerous leadership positions and several positions within broadcast and PR.

She wants to work in business communications and marketing for a global company.

Column: Power Play Improving, But Not There Yet 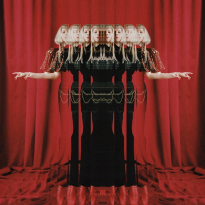 “The Gods We Can Touch” AURORA Album Review