The Penn State Nittany Lions are paying the Georgia State Panthers $1.2 million for Saturday’s match up.  According to ESPN’s Football Power Index, the Panthers have a 0.6 percent chance of winning. So, the question is:  is it worth it for Penn State to pay so much for a practically guaranteed win?

These games, coined “cupcake games,” are important for both sides of the proverbial ball and are not new to collegiate football.  Typically, the better team of the two create a contract guaranteeing the opposing team a certain amount of money to play. It does not matter win or lose, play well or play poorly, the lesser of the two teams gets the money.

One may believe these games are a waste of money and time, but a closer looks reveals that these games really benefit both teams.  From an economic perspective, Penn State makes about the same money as they would playing a bigger name school because the Nittany Lion's Beaver Stadium is almost always sold out or close to it, no matter the opponent.

Penn State’s football program makes about five times as much as Georgia State’s. By traveling to Happy Valley, the Panthers will make more money than they would if they were playing an at-home, conference game. On the field, while there is a chance for a blow-out loss which could be embarrassing, the Panthers really have nothing to lose because they are not expected to win.  If they play tough and show some grit and skills, that is a win for them and there is always the chance for an unexpected, underdog win.

The Georgia State football program also gets the opportunity to play on a larger stage.  The Georgia State Stadium holds about 25,000 people compared to Beaver Stadium's 110,000. Beyond the fans in the stadium, millions will be watching at home and commenting about the game on social media, which will give Georgia State a bigger spotlight than usual.

Georgia State players also get the opportunity to play against big name Penn Staters. Their defensive players can take pride in being able to say they played against the great Saquon Barkley. On a more practical level, both the Panther coaches and players can learn from playing such an accomplished, top-tier program like Penn State

As for the Nittany Lions: "a win is a win" as they say. Penn State head coach James Franklin constantly reminds his players and the fans that, no matter the rank of their opponent, their single goal each week is to beat the team they are facing.  That's what you have to do if you want to keep pace with the Alabamas and Florida States of the world, which also play a few cupcakes.

These cupcake games are not only record boosters and an easy way to earn a trip to a bowl game, but they also provide an opportunity for Coach Franklin to try new things on the field and to test players. Additionally, with a cupcake game towards the beginning of the season, it serves as a warm up to prepare for higher-ranking competition and to build team chemistry.  For Georgia State, it can help in the opposite way - they have played their toughest opponent of the season in Penn State.  That should prepare them for any other opponent they play the rest of the year.

The truth is that no college football team can and does play top competition every week. The Nittany Lions, like other top teams, need a break from the toughest teams.  Both the NCAA and NFL have bye weeks where teams do not play.  Cupcake games in college football provide a similar benefit.

If you are a Penn State football fan, you may be concerned that the Nittany Lions will face Michigan and Ohio State in back-to-back games this season. Now, imagine if a cupcake game was between the two. As a Penn State fan and a football fan, you want teams to play at their best.  With cupcake games in their schedule, teams can be at their best more often. Simply put, cupcake games benefit both teams economically and athletically.

Devon D’Andrea is a freshman majoring in broadcast journalism. To contact her, email dfd5220@psu.edu. 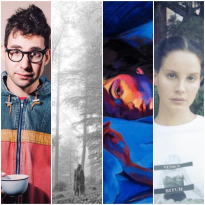 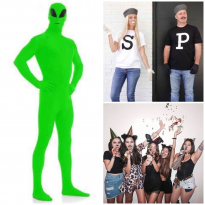 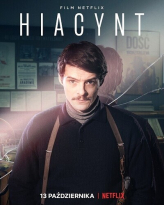