The CommRadio Arts & Entertainment staff revisits some of the best albums from 1971 in this week's edition of Looking Through Time. 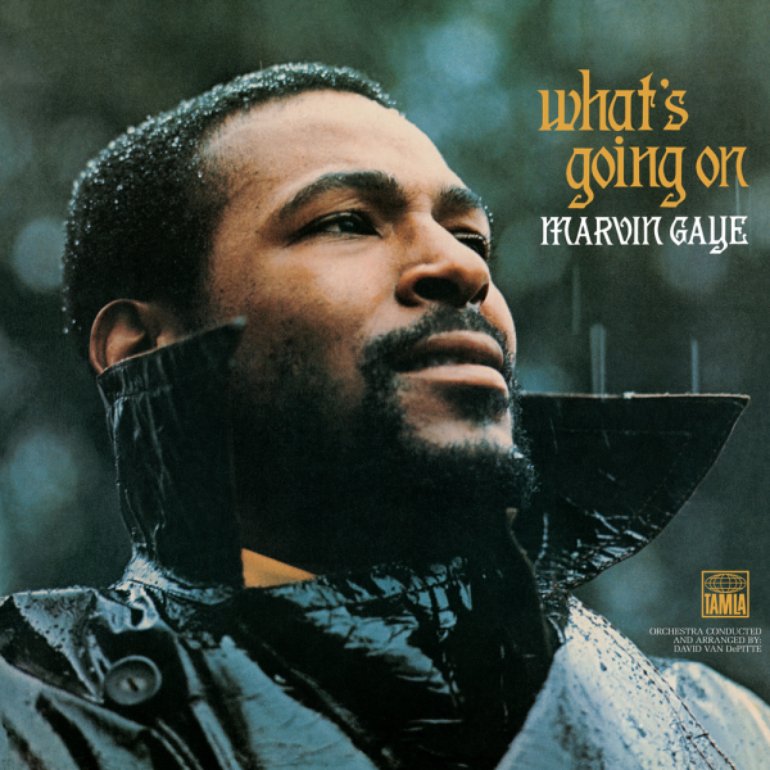 By the late 1960s, Marvin Gaye’s life was a complete mess. Though he was one of the biggest singers in the world, cranking out chart-topping love songs like “Ain’t No Mountain High Enough” and “I Heard It Through The Grapevine,” he was completely depressed. Constantly anchored down from an abusive childhood and feeling his career was completely manipulated by Motown Records and its infamous founder Berry Gordy, Gaye set out to make a protest record.

Gaye had become dissatisfied with the world, especially the treatment of African Americans due to events such as the Vietnam War and the 1965 Watts Riots, and he felt that it was wrong to only release catchy love songs that lacked substance.

“I began to re-evaluate my whole concept of what I wanted my music to say,” Gaye said. “I was very much affected by letters my brother was sending me from Vietnam, as well as the social situation here at home. I realized that I had to put my own fantasies behind me if I wanted to write songs that would reach the souls of people.”

This is when he started writing music for his 1971 album “What’s Going On,” an album often considered Gaye’s best and a good contender for the greatest album of all time.

When Gaye started throwing around the idea of a protest album, he was met with backlash, mostly from the aforementioned Gordy, who reportedly told Gaye that he was ridiculous and was taking things too far. The singer didn’t listen, and rightfully so. Upon its release, “What’s Going On” was Gaye’s highest-charting album, and it was praised greatly by critics.

The album itself is a masterpiece in all facets. From its wonderful cover art, depicting the singer standing in a soaked trench coat looking out into the rainy horizon, to the music itself, “What’s Going On” has some of the best that the genres of soul and R&B have to offer.

“What’s Going On” is softer and slower than much of Gaye’s previous work. The opening tandem of the title track and “What’s Happening Brother” is a perfect example of Gaye’s ability as a singer and songwriter. Gaye’s voice is impossibly smooth, and his songwriting, centered around a Vietnam veteran returning home to an America more chaotic than the one he left, is moving.

Most importantly, Gaye made it possible for African American artists to voice their displeasure with the world around them. Artists who were previously confined to substance-less love songs could now truly speak their mind, all because Gaye defied the wishes of Gordy and made an album as beautiful as it is profound.  —Jim Krueger 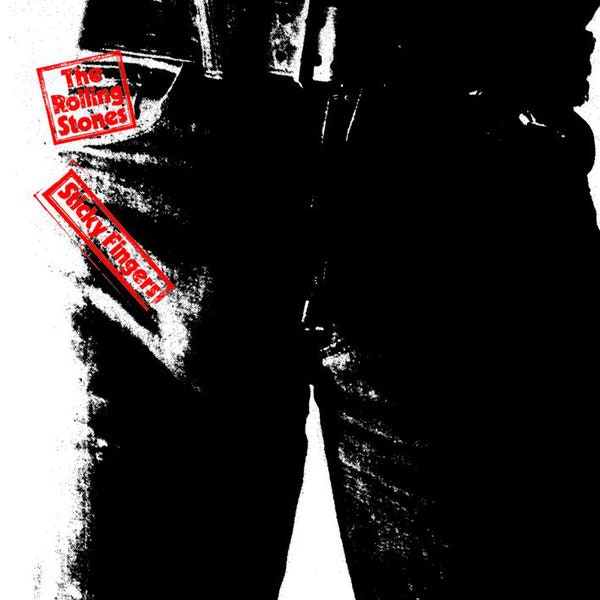 Released in 1971, “Sticky Fingers” is one of the most well-known albums ever and a fan favorite among Rolling Stones fans. With their ninth studio album, the Stones brought plenty of swagger to reassure their audience that they were a band here to stay with the changing sounds of the era.

Relentless in their songwriting and hit-making capabilities, the Stones did not ease up at all with “Sticky Fingers,” and the 46-minute classic remains a staple of rock ‘n’ roll history.

The Rolling Stones set the tone immediately with the hard-hitting opener “Brown Sugar,” proving that the band could still rock, even in a new decade. At the same time, they also prove their versatility with the acoustic ballad “Wild Horses.” Slow and meaningful, “Wild Horses” utilizes a simple chord progression over dense lyrics for one the Stones’ more endearing numbers. They don’t stray too far from pure rock, though, as “Can’t You Hear Me Knocking,” also stands out. The longest song on the album, “Can’t You Hear Me Knocking” builds up to a jam-like slowdown towards the middle, allowing the ending to rock that much harder.

The second half of the record holds as much strength as the first. With songs like, “I Got the Blues,” reminiscent of the wistful “Love in Vain” featured on their 1970 live album “Get Yer Ya-Ya’s Out!,” the band shows that it is not afraid to produce slow and bluesy songs on top of their hard-rocking preferences. The last two songs on the album, “Dead Flowers” and “Moonlight Mile,” are acoustic-based and each build onto the Rolling Stones repertoire just as well as any other song.

The relevance of this album still holds up today, as “Brown Sugar,” “Wild Horses,” and “Dead Flowers” (just to name a few) are still played on classic rock radio every single day. Other timeless albums like “Exile on Main St.” and “Goats Head Soup” would soon follow, but for the Stones’ finest moment, look no further than “Sticky Fingers.”  —William Roche 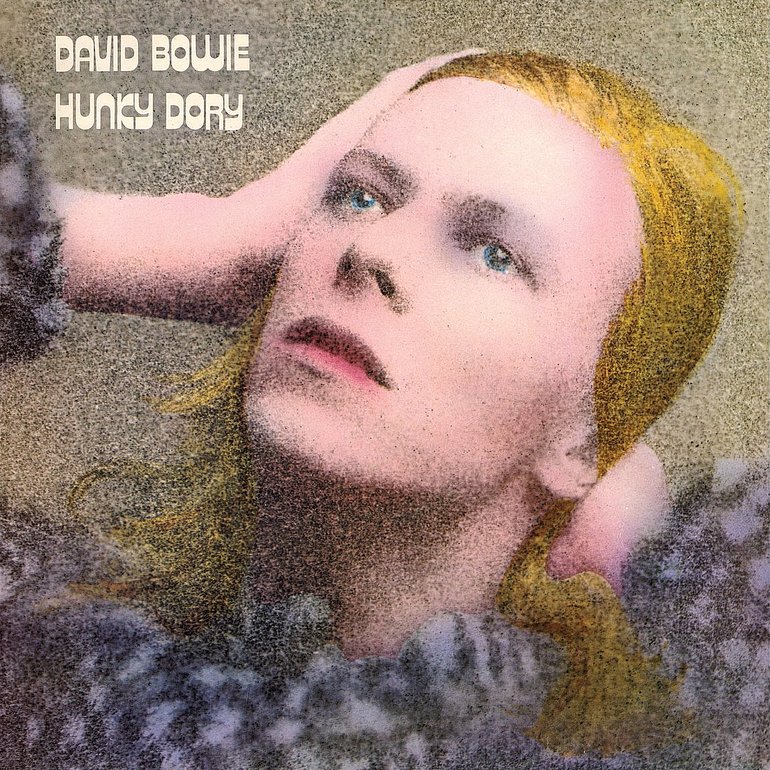 Once again unveiling an entirely new aesthetic, David Bowie and his fourth studio album “Hunky Dory” marked his stride towards a far more artistic feel. A pivotal stepping stone in Bowie’s career, “Hunky Dory” bridges the gap between the bleak “The Man Who Sold the World” and the fantastical “The Rise and Fall of Ziggy Stardust and the Spiders from Mars.”

Having released “Hunky Dory” in his mid-20s, Bowie found himself growing older and more detached from the youthful generation that he originally dedicated his music to. The album’s super hit, “Changes,” places a lens on that youthful distress and brings Bowie’s course of life and career to the center stage. The iconic song addresses Bowie’s uncomfortability with growing older and his attempt to make the most of it. “Changes” also marks Bowie’s chameleon-esque ability to adapt his musical style, seemingly showcasing that, as he adapts to his maturity, he also plans to adapt to the music of the time.

This feeling of generational conflict is also present on the zany “Oh! You Pretty Things.” A bouncing track addressing the youthful masses’ need to acquire their own self-determination, Bowie focuses critically on how parents often dismiss their children’s need to find themselves and be themselves.

Marking his transition towards the glam rock genre, Bowie then hits the listener with the magnificent “Life On Mars?,” an eccentric and otherworldly track. Bowie erupts into an odyssey of sound with a building presence that grows more and more explosive as the track winds down.

Bowie then dedicates a moment on the album to his newborn son on the lighthearted and tender “Kooks.” Additionally, Bowie showcases his emotional range through a dynamic shift between “Quicksand,” a track concerning mental illness, and the jarringly upbeat “Fill Your Heart.”

Overflowing with arguably some of Bowie’s best material, “Hunky Dory” has plenty of other highlights, including the offbeat “Andy Warhol,” the remarkable “Song for Bob Dylan,” the exhilarating “Queen Bitch” and the cryptic “The Bewlay Brothers.”

A critical step in Bowie’s career, “Hunky Dory” marks an important pause between his shift from his earlier campy sound towards a far more hardened rock aesthetic.  —Scott Perdue 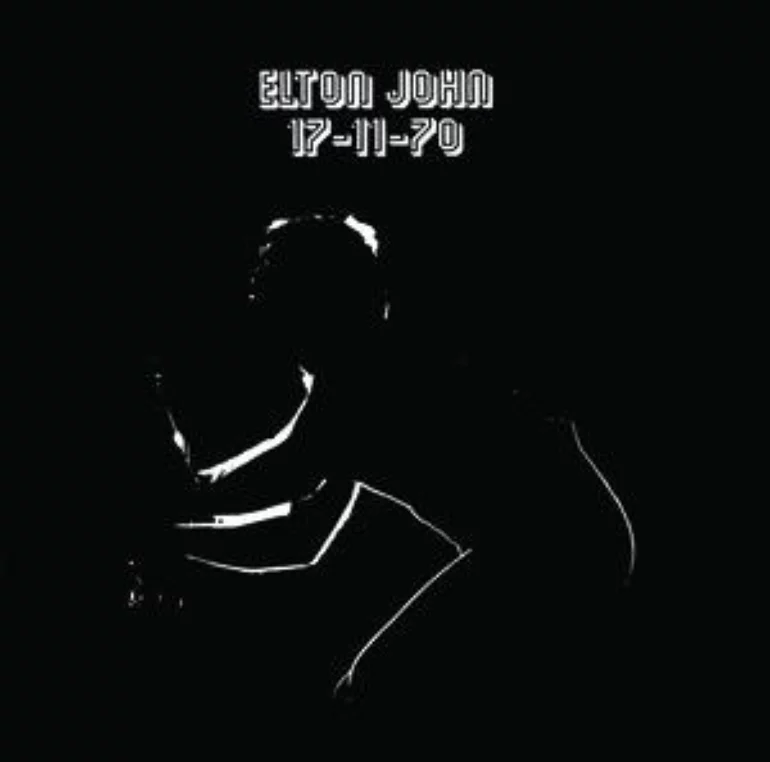 Before there was “Tiny Dancer,” “Rocket Man” and “Crocodile Rock,” there was just a young British rock ‘n’ roller named Elton John ready to make the leap to the big time. While previous album releases such as “Tumbleweed Connection” and 1970’s self-titled record confirmed John’s spot as a popular act in the studio, his live chops were still in question—that is, until “11-17-70.”

As mentioned in the introduction by NYC radio personality and concert host Dave Herman, there were only about 100 or 125 people in the studio to witness the show that would be used for John’s first live album. The lucky few who were in A&R Recording Studios that day witnessed what would become one of the greatest live albums ever.

Of course, the recording of “11-17-70” (known as “17-11-70” in Britain for the date it was recorded) took place before John became the world’s most well-known rock star, and both the track listing and live band reflect that. The trio, composed of just John on the piano and vocals, Nigel Olsson on the drums, and Dee Murray on bass, is still able to create a cacophony of sound despite its lean ensemble, as it blasts through semi-hits like “Take Me to the Pilot” and “Sixty Years On,” as well as deep-cut gems like “Bad Side of the Moon,” “Can I Put You On” and, on the 1995 re-release, “Amoreena.” There’s even a Rolling Stones tribute with a funky cover of “Honky Tonk Women.” Of course, the best moment is the 18-minute rendition of “Burn Down the Mission” that closes out the record, as this jam takes detours throughout its runtime with snippets of the Beatles’ “Get Back” and classic blues tune “My Baby Left Me” in the latter half.

Part of what makes “11-17-70” so great are the studio sounds that open and end each song. From Herman’s “Would you please welcome Mr. Elton John?” at the album’s start, to the studio audience laughter at the beginning of “Honky Tonk Women,” to the cheering cries of “more!” following the conclusion of the “Burn Down the Mission” medley, “11-17-70” feels just like a personalized concert for the listener and select few others. It’s very charming, and it adds wonderfully to the record’s atmosphere.

Mega hit records like “Madman Across the Water,” “Don’t Shoot Me I’m Only the Piano Player” and the timeless “Goodbye Yellow Brick Road” would follow in the coming years, and those records are some of John’s very best studio moments. But for a taste of the madman in the live scene, there’s no better buy than “11-17-70.”  —DJ Bauer

William Tighe Roche is a junior majoring in film/video. He is part of the Arts & Entertainment for CommRadio.