With the anniversaries of culturally important albums sprouting up each and every year, the CommRadio Arts department will be diving into albums from select years and breaking down their impact. Here are the albums from 1988. 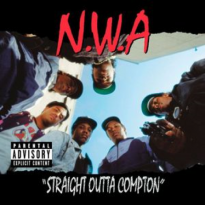 N.W.A released their debut album Straight Outta Compton in 1988. The breakout album was subject to controversy and pushback upon its release but is marked years later as a revolutionary sound and style for the rap genre. N.W.A made waves with Straight Outta Compton for their gritty lyricism and hard-hitting style that represented the streets of Compton, CA like nothing that came before it. The opening three tracks are some of the groups most famous, including “Straight Outta Compton,” the groups grand introduction to the music industry, “F*** The Police” in which the group protests police brutality and racial profiling, and “Gangsta Gangsta,” a way to show the worldview of the inner city youth of Compton. N.W.A were pioneers in the gangster rap subgenre, rapping about real life issues that black Americans dealt with on a daily basis. The music was a reflection of their reality. Straight Outta Compton was also the first album to adhere to the Parental Advisory board, including a warning for “moderate impact, coarse language and/or themes.” The taboo nature of N.W.A’s music was an important factor in the groups mass appeal. While N.W.A didn’t get any radio play, media coverage of the group and their music helped grow their popularity, making Straight Outta Compton go double platinum. Thirty years later, Straight Outta Compton is sighted as a landmark release for gangster rap and rap as a whole and is still worth going back to. – Zach Hall 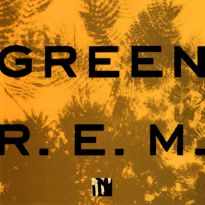 By the late 1980s, R.E.M. had already earned a reputation as one of the top alternative rock acts of the decade, thanks to their signature jangle pop sound, personability, and consistent yearly output. In 1988, R.E.M. would strengthen their prominence in the alt-rock genre once again with the release of Green, but it would also mark the band’s first major directional change.

With the release of 1987’s Document, R.E.M. had satisfied its contractual obligations with the now-defunct I.R.S. Records, but as R.E.M. grew increasingly frustrated with I.R.S. and its negligence to properly distribute records overseas, the band opted to sign with Warner Bros. Records instead.

The jump in production quality is immediately noticeable on Green, as tunes like “Pop Song 89,” “Get Up” and “Stand” exude far more polish than their I.R.S.-era predecessors. But the meat of Green lies between the pop singles. “Turn You Inside-Out” is about as close to hard rock as R.E.M. ever got, and “Orange Crush” remains one of the most popular protest pieces to this day, though the highlight of the album may be “World Leader Pretend,” a profound number that compares internal struggle with the politics of war.

Though it often stands in the shadow of past achievements like Murmur and future triumphs like Automatic for the People, Green remains a testament to R.E.M.’s ability to adapt to change with great success. It’s no wonder R.E.M. is revered to this day as one of alternative’s finest-ever artists. -DJ Bauer 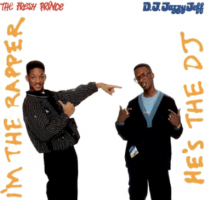 He’s the DJ, I’m the Rapper. This was true about the dynamic duo, DJ Jazzy Jeff and The Fresh Prince, also known as Will Smith. It was released as a New Year’s album, January 1 in 1988. It was the first double-album ever made in hip hop; part one focuses on the story of the Fresh Prince while part two emphasizes Jazzy Jeff’s turntable skills. “Parents Just Don’t Understand,” the first single off the album, climbed to number 13 on Billboard’s pop charts. They ended up winning a controversial Grammy for the song in the category, “Hip-Hop/Rap Song.” This album has sold over three million copies and is still selling to this day. The single that was released off of this album was “Brand New Funk,” which truly introduces the unique works of Jazzy Jeff and The Fresh Prince. It is considered to be a classic hip-hop track as it features a James Brown sample as the foundation of the track. Smith is describing how the pair came to be while Jazzy Jeff is playing around with samples. This album helped rocket launch their careers in the music world. The childhood friends have released five albums together but their music making had to come to a stop when “The Fresh Prince of Bel-Air,” kept gaining momentum. They reunited again in 2017 to create their song, “Get Lit,” to show fans that they still had some unfinished business in the hip-hop game. – Emily Mungo 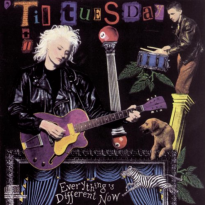 Breaking into the mainstream with the provocative “Voices Carry” a song about fighting against and breaking out of oppressive relationships, ‘Til Tuesday was taking the 80’s by storm. They had a top ten hit under their belt, an iconic MTV awarded music video, and a lyrical style unlike any other, in main part thanks to the expressive writing of Aimme Mann, the band’s lead singer. Their third and final album, Everything’s Different Now, was a poignant close for a band that didn’t shy away from often avoided topics of emotional expression.

Facing the end of a 2-year relationship, Mann dug deep and provided an album abundant with emotional transparency, which she was more pleased with than their debut since she felt it was a far more expressive album about her life. Evident in such songs as “(Believed You Were) Lucky” and “The Other End of the Telescope” featuring a collaboration with Elvis Costello. The dissolving of the band, however, led to the fortunate rise of Mann’s very successful solo career. Although it was an abrupt end to a band which left as quick as it came, the often underrated Everything’s Different Now, is an album which cements the innovative impact ‘Til Tuesday had on songwriting and emotionally charged music. – Scott Perdue 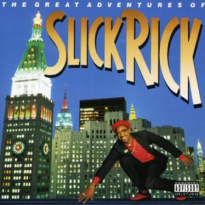 Who knew an England native would be legendary in the Golden Age of hip-hop from the streets of the Bronx. Slick Rick, real name Richard Martin Lloyd Walters, debuted his first album The Great Adventures of Slick Rick in 1988. Including twelve songs, each with a different message and sound that would turn the hip hop game around, and become one of the best albums of all time. Slick Rick being known as the great storyteller that he is, killed that title as he rhymed his way through the tracks with great rhythm and style. Slick Rick gives his viewers a different intake on each song whether it be humorous, serious or provocative. Through his greatest hits such as “Children’s Story” and “Mona Lisa”, Slick Rick likes to take you on a story ride through what people refer to his album now as the “12 Commandments of hip-hop storytelling.”

The Great Adventures of Slick Rick went on to tower at number one on the R&B/ Hip Hop charts in 1989. Slick Ricks album has been sampled over 20 times in rap and R&B songs. These sampled pieces helped create some of the best songs such as “This is How We Do It” by Montel Jordan and “Creep” by TLC. Slick Rick is a notorious rapper who has influenced many artists in our time today. He changed the way viewers listened to music and changed the way artists express their music. – Rachel Miloscia 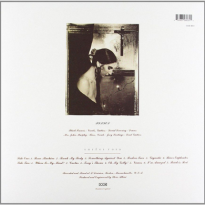 Alternative rock band, The Pixies, were no more than two years into their career when they independently released their debut full-length album Surfer Rosa. Unlike their fellow late 80s, early 90s noise pop bands, such as The Smiths, R.E.M, etc., their career didn’t immediately launch them onto the charts and into ears, but the influence the album had on upcoming musicians, music genres, and the music scene as a whole is close to legendary. The album failed to chart in the US, however, it spent 60 weeks on the UK Indie Chart, peaking at number 2. While it was unsuccessful in gaining critical attention, the album wraps itself around a beautiful mess of instrumentals and lyrics, tightening it into a fast-paced, yet thought-provoking album that brought The Pixies from playing in bars and basements into the music scenes eye, giving them the confidence and desire to succeed. Surfer Rosa contains hidden gems such as “Where is my Mind” and “Gigantic”, but crafts itself well enough to allow the natural flow of all songs to sound almost simultaneous. The Pixies short-lived career was simple, but immensely effective enough to give them sold-out international tours following their reunion in 2004, and were credited to influence musical icons such as Nirvana, U2, The Strokes, and Weezer. – Lilly Adams

Series of the Week Preview: Minnesota Duluth vs Michigan Tech

Around the SEC: Week 14 (Basketball)