The CommRadio Arts & Entertainment staff looks back at some of the best and most influential movies from 1995. 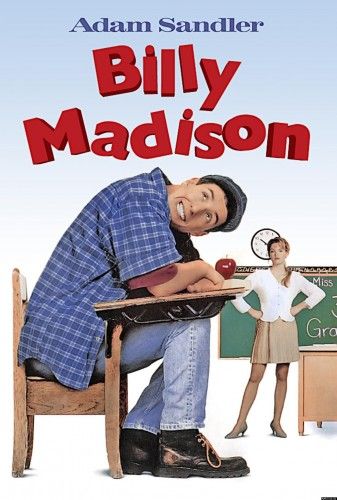 Adam Sandler launched his film career post-Saturday Night Live with the release of the 1995 comedy “Billy Madison.” This was the first time that Sandler had written and starred in a film simultaneously.

“Billy Madison” centers around Sandler’s titular character, who is an immature, spoiled heir to a successful hotel chain. When his father decides to retire, he passes up his son for another employee, much to Billy’s dismay.

His father reveals that Billy had only graduated high school because he bribed his teachers. His father agrees to reconsider the decision if Billy goes back to school and completes all 12 grades, proving he is fit to run the company.

This film was huge for Sandler, as he was able to show off his specific type of humor in a leading role for the first time. Sandler wrote the screenplay with Tim Herlihy, and the film was directed by Tamara Davis.

The film has a great soundtrack, featuring a lot of music that was popular in the ‘80s and ‘90s. “Billy Madison” has spot-on comedic timing as well, which plays to Sandler’s acting strengths.

“Billy Madison” debuted at No. 1 at the box office and made more than $26.4 million worldwide, surpassing its budget of $10 million. Critics had mixed reviews, unsure if Sandler would be able to sustain a career without Saturday Night Live to fall back on. 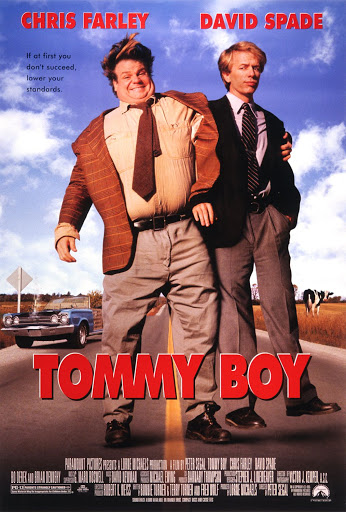 “Tommy Boy” is an outlandish, beloved comedy starring Chris Farley and David Spade. According to director Peter Segal, the two had an unbelievable chemistry that brings this wild, adventurous film to life.

Segal also stated that a lot of events in this film came from ideas drafted by both actors and/or happened in real life or onset, such as “fake fights” like “old married couples” as Rob Lowe put it.

On the first day on set, Farley had 27 cups of coffee to get “amped” up; it exerted a ton of energy into each scene.

According to Spade, people used to say, “Farley’s funny, and you can ride his coattails.” It was often thought that Spade was more verbal and Farley was physical when it came to conveying jokes and obtaining a laugh from the audience.

But “Tommy Boy” revealed the two actors to be the new Laurel and Hardy because they were a great comedy team.

The story follows brainless Tommy, played by Farley, who has to save his father’s automobile parts factory with trusty assistant Richard, played by Spade. Subsequently, there is a huge plot twist involving Tommy’s father, his new wife and devious stepson.

One of the most famous quotes from this movie besides “fat guy in a little coat” is when Tommy is finally able to make his pitch to save the crumbling company. He says, “You can take a good look at a T-bone steak by sticking your head up a bull’s ass, but wouldn’t you rather take the butcher’s word for it?”

This crazy film will take you on a ride full of laughter, literally, because most scenes are filmed in the infamous car. That is why so many people continue to watch it to this day. And nothing is better than a great belly laugh.  —Courtney McGinley 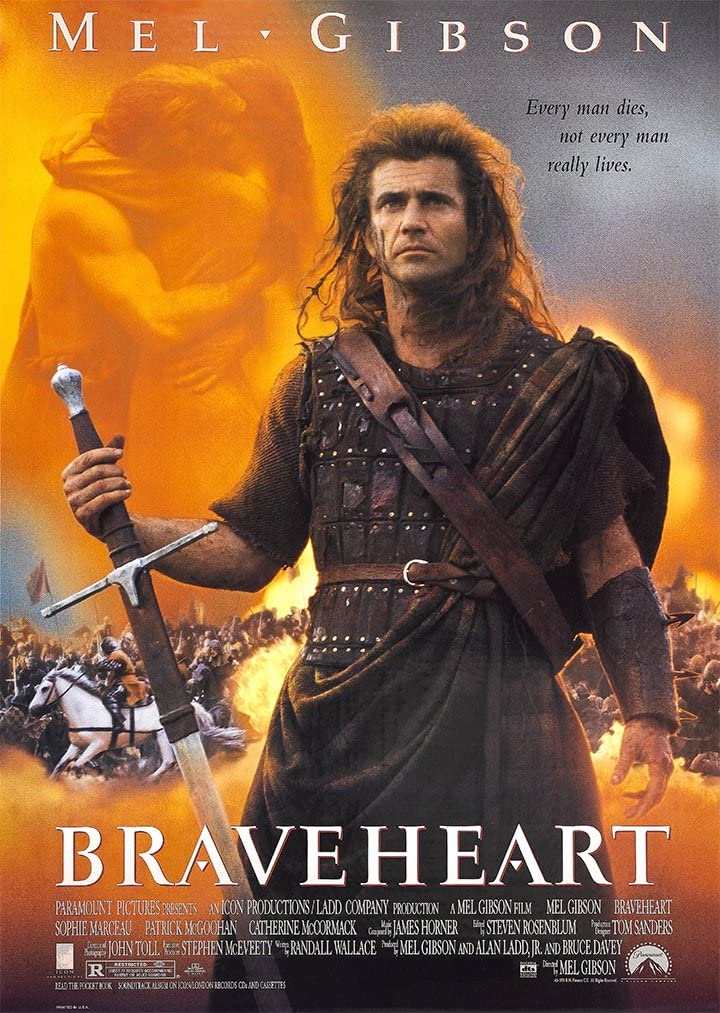 1995 was an awesome year for movies, with one of its most memorable being Mel Gibson’s “Braveheart.”

Taking place in Scotland in the year 1280, the movie’s plot centers around the character of William Wallace. England has overstepped its boundaries and taken over Scotland, leading to Wallace losing his father and brother at a young age.

Years later, Wallace returns with a vengeance and pushes the English back out of Scotland.

The film was met with fairly high general praise. Several critics hit the film with complaints relating to the historical accuracy of “Braveheart.” As stated, when surveyed, the general public rated the film as a A- on a scale from A to F.

However, the film is defended for its historical inaccuracy by obviously falling into the genre of historical fiction. Also, Randall Wallace, who wrote the screenplay, stated that a major inspiration for the film was Blind Harry’s epic poem “The Acts and Deeds of Sir William Wallace, Knight of Elderslie,” which itself is not regarded as historically accurate.

The film also had a significant effect on Scotland’s tourism, seeing a massive increase in tourism profits in 1996. When asked, many tourists answered that their reasoning for visiting Scotland had to do with “Braveheart” in one way or another.

Overall, “Braveheart” is a classic to be remembered for its quality production, acting, score and sheer entertainment that justifies the length of the film  —Colton Pleslusky 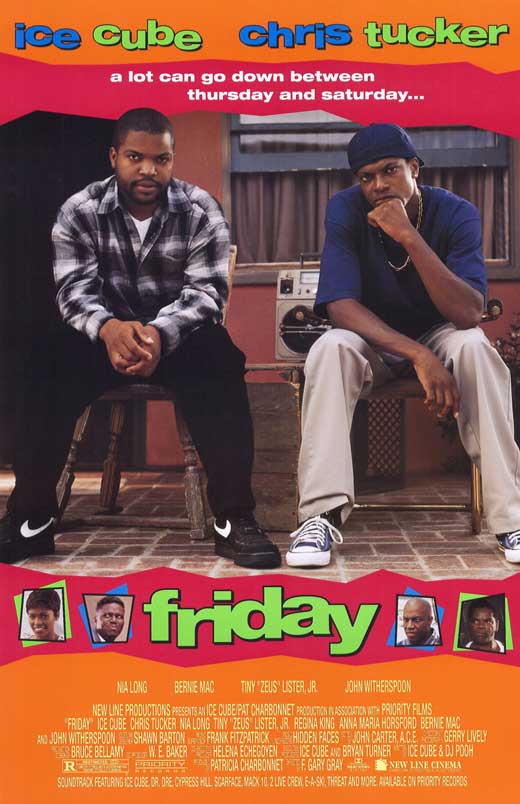 Tired of the violent and serious interpretations of the hood in movies, Ice Cube and frequent collaborator DJ Pooh decided the hood film could use a change of direction.

Featuring an all-star cast ranging from comedy legends Chris Tucker and Bernie Mac, to future star actresses in Nia Long and Regina King, the movie has a wide array of characters, each one coming off more memorable than the last.

There are many scenes in this movie that are recognizable on sight, ranging from Ice Cube saying “Bye, Felicia” to Ice Cube and Tucker synchronizing “Dammmnnnnnn!” to comedic brilliance.

Where the film truly shines is its inherently goofy nature. After a string of releases looking into the dark sides of the hood lifestyle, ranging from “Boyz N the Hood” to “Menace II Society,” Ice Cube wanted a movie that explored the more fun and natural interactions experienced on a day-to-day basis.

This includes running into drug addicts asking for birthday money when it’s not their birthday, preachers who want nothing more than to sleep with their neighbor’s wives, and the neighborhood bully who thinks everyone should share their belongings with him.

Even though by all means this is a comedy film, there are moments of heart that help explore deeper meanings. The main example of this comes with Ice Cube’s character Craig looking to shoot Deebo, the neighborhood bully, after he hits Craig’s crush.

Remembering the words of his father, played by the late great John Witherspoon, he puts the gun down and fights Deebo man-to-man, showing that justice can be served without taking someone's life away.

At a time when movie studios were trying to paint life in the urban streets as hostile and menacing, “Friday” was a pleasant alternative to these films. Even though life can be difficult, especially for those living in undesirable conditions, “Friday” lets people know that there is humor to be found on whatever block you reside.  —Paul Martin 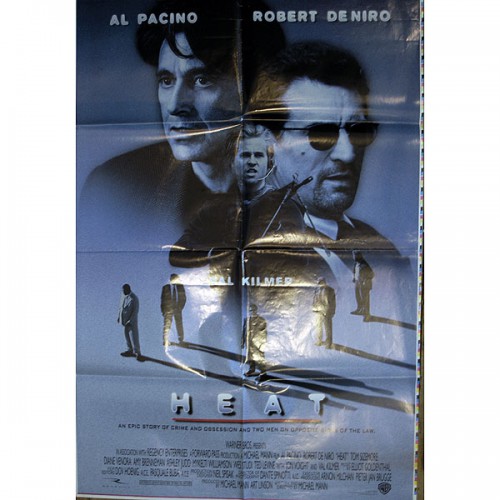 At a time of 2 hours and 50 minutes, the film is beautifully paced to bring you all the details, action and emotions you need for a very long movie.

Neil McCauley, a highly skilled professional thief played by Robert De Niro, and Lieutenant Vincent Hanna, an emotion-filled cop with an impressive record played by Al Pacino, are in a game of cat and mouse from start to finish.

The crew of thieves decide to hit a bank as their final heist. After a high intensity gun fight, in which multiple cops and crooks drop dead, the film turns into a race between De Niro and Pacino, as they constantly trade places to get ahead of the other.

It ends in classic ‘90s fashion: a gun fight with heavy music as they run through an airport.

What really hammers home this 1995 classic is the unbelievable acting that takes place throughout the film. As the plot moves forward, the characters have more and more complex emotions, and by the last 40 minutes of the movie, the audience feels all the same emotions that the characters do.

Pacino and De Niro give fantastic performances, as well as Val Kilmer, who plays one of De Niro’s crew members, and Diane Venora, who plays Hanna’s wife. These actors deliver stellar performances that carry all of the emotion in the film.

1995 was a year for crime thrillers, and “Heat” is among the best. When Mann delivers fantastic work behind the camera and De Niro and Pacino do the work in front of it, “Heat” is the kind of beauty that may be seen on screen.  —Sam Roberts 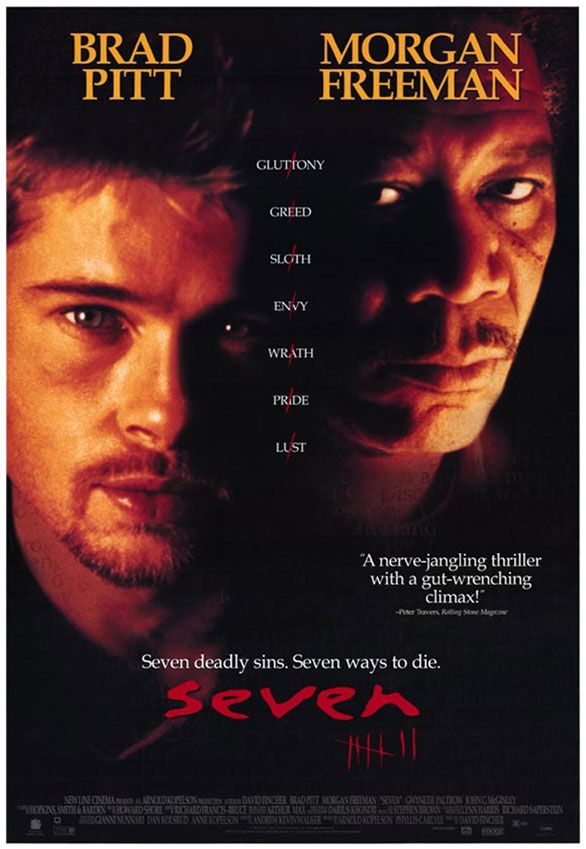 A dark and twisted neo-noir thriller brought to life by the mind of director David Fincher, “Seven” is one of the most entertainingly disturbing films ever created.

Not a film for the faint of heart, this film acts as a commentary on the dark underbelly of humanity.

Following the story of two police investigators tracking a series of grisly murders revolving around the seven deadly sins, the plot of this film is so tightly constructed that the audience is mesmerized from beginning to end.

A gripping narrative that does not release the audience until the climactic conclusion, this film is one of the most solid crime thrillers ever released.

With a star-studded cast including Hollywood heavyweights such as Brad Pitt, Morgan Freeman and Gwyneth Paltrow, this film was a box office smash hit, becoming the seventh-highest grossing film of that year.

Well-regarded for its impressively coordinated handling of deeply disturbing material, experiencing this film is like observing an elegantly filmed train wreck.

Definitely a film to watch for any crime or mystery lovers, “Seven” never fails to impress and stun.  —Scott Perdue

Sam Roberts is a junior majoring in telecommunications. To contact him, email sdr5385@psu.edu.