With the anniversaries of culturally important albums sprouting up each and every year, the CommRadio Arts department will be diving into albums from select years and breaking down their impact. Here are the albums from 2003. 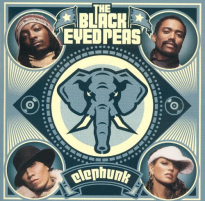 The third studio album by The Black Eyed Peas, Elephunk was the group’s first breakthrough into commercial success and has gone on to sell more than nine million copies worldwide. A significant departure from the group’s prior style, Elephunk features The Black Eyed Peas first usage of their unique mainstream and catchy sound that appealed to a massive audience. The album also features the group’s first inclusion of Fergie, who has gone on to become one of the band’s most loved and recognizable members.

This album provided the group’s first hit single, “Where is the Love?” that features Justin Timberlake. The album’s other huge hit, “Let’s Get it Started,” came from the re-worked remix of the original track with a different name. Having an obviously more mainstream direction with the re-release, “Let’s Get It Started” became a massive success, and was the first song to sell 500,000 downloads in the United States. Just the beginning of The Black Eyed Peas success, Elephunk was certified double platinum and proved that the group had more potential and talent than anyone could have ever anticipated. – Scott Perdue 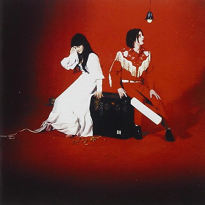 Considered by many to be the band’s best album, Elephant, the group’s fourth record, proved to continue The White Stripes success streak. Receiving almost immediate and universal acclaim, Elephant rose to number one in the UK and went on to peak at number six on the Billboard 200 in the United States. Leading to the album eventually becoming certified platinum in the United States and double platinum in the UK. Reinventing their previous style, the album features innovative uses of garage rock, blues and alternative grooves.

The album’s largest hit, and consequently the band’s most recognizable song, “Seven Nation Army,” went on to win the Grammy Award for Best Rock Song. Other tracks such as “The Hardest Button to Button” and “I Just Don’t Know What to Do with Myself,” a cover of a Burt Bacharach classic, also proved to be highly successful. An impressive and undisputed masterpiece, Elephant innovated the Alternative, Indie Rock genre and changed music as a whole for forever. - Scott Perdue 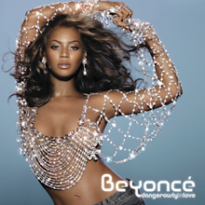 Dangerously in Love was Beyoncé’s debut studio album after all of her success with Destiny’s Child. It was released on June 23, 2003, as she was a signed artist through Columbia Records. She had the ability to be an executive producer on this album, as well as co-writing a majority of the songs on the album. This album was split down the middle between upbeat songs and ballads, including multiple genres. This album was super successful, as it earned her five Grammy Awards in 2004. Besides Dangerously in Love being a success in the United States, it became a multi-platinum record in Australia and the United Kingdom. The album came out on top, debuting at number one on the US Billboard 200 chart.

It also sold over 300,000 copies in the first week and sold over two million copies across the globe. This album is known for her some of her most successful tracks including “Crazy in Love,” featuring Jay-Z, “Baby Boy,” featuring Sean Paul, “Me, Myself, and I” and “Naughty Girl.” “Crazy in Love” and “Baby Boy” climbed its way up to No. 1 on the US Billboard Hot 100. Beyoncé also did a debut concert tour for this album where she traveled to different countries in Europe. She had the opportunity to perform at the famous Wembley Arena in London and was later released on DVD in 2004. In 2006, she released B-Day, which was even more of a hit than Dangerously in Love. Her success has not stopped since then. - Emily Mugno

The Black Album is the eighth studio album released by Jay-Z and at the time it was supposed to be his last album ever released. If this would’ve been Jay-Z’s last album he undoubtedly would’ve been leaving rap at the top of his game. The project contains some of Jay-Z’s career-defining hip-hop hits such as the timeless “Dirt off Your Shoulder” and the equally recognizable “99 Problems.” These songs are some of the more recognizable tracks from the album for their memorable choruses and in “Dirt off Your Shoulder,” Jay-Z created an anthem for a timeless gesture. Jay-Z also appealed to mainstream audiences with the infectious “Change Clothes” featuring Pharrell Williams. Jay-Z balanced this appeal to the mainstream with more personal tracks such as, “December 4th."

He also took time to reminisce over his previous work on “Moment of Clarity” and took a victory lap around the rap game on “Encore” to prove that by that time he was already one of the greatest to ever do it. The choices in production on the project are some of the more interesting dynamics of the album as Jay-Z enlisted the who’s who of hip-hop producers at the time. Because of this, the project had a very varied sound. The project contains production credits from, Just Blaze, The Neptunes, 9th Wonder, Timberland and Kanye West to name a few and the results of this combination of production talents was a diverse soundscape and Jay-Z’s impeccable lyricism providing consistency from track-to-track.

Luckily, for hip-hop fans, Hov returned to rap after this project and would go on to continue his legendary musical career and be a flag-bearer for hip-hop for years to come. – Jerome Taylor 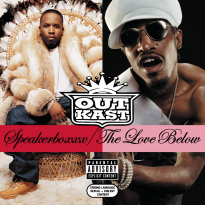 Industry with classic albums such as Aquemini and Stankonia. OutKast had become immensely respected in the hip-hop community, as well as more of a mainstream name with singles like “Rosa Parks” and “Ms. Jackson.” OutKast’s fifth studio album Speakerboxxx/The Love Below was released in September 2003 and is the most commercially successful of their discography. The album took a different approach than their last few projects, featuring a two-disc presentation that gave each respective artist their time to shine.

Speakerboxx/The Love Below is 39 tracks, with Big Boi heading Speakerboxxx and Andre 3000 heading The Love Below. Both disks represent each rappers style perfectly, offering the most sonic and lyrical diversity of their discography. Speakerboxxx saw a more gritty and lyrically versatile Big Boi to counter Andre 3000’s eclectic musical style on The Love Below. Each respective disk could stand alone as an album without the other, showcasing just how musically masterful Andre 3000 and Big Boi have become over their lengthy career. Singles like “Hey Ya,” “The Way You Move,” and “Roses” charted on the US Billboard Hot 100, with the former two reaching the number one spot.

Speakerboxxx/The Love Below has been certified diamond and 11 times platinum by the RIAA (each disk counted as a separate unit for certification). Upon the release of the album, OutKast received widespread critical acclaim for their latest work. Like their past projects, OutKast were praised for their ambition in creating music that was leagues ahead of other artists of the time.

OutKast's influence on the modern landscape of music is undeniable, and Speakerboxxx/The Love Below helped them solidify that. NME ranked it number 44 on their greatest albums of the decade, while Newsweek ranked it number one. OutKast was on top of the world with this album but only went on to release one more (Idlewild, 2006) before deciding to go their separate ways and work on more solo projects. Speakerboxxx/The Love below goes down as not only one of OutKast’s best albums, but one of the best in the genre or otherwise. - Zach Hall

Penn State Advances to Sweet 16 with Win Over Syracuse