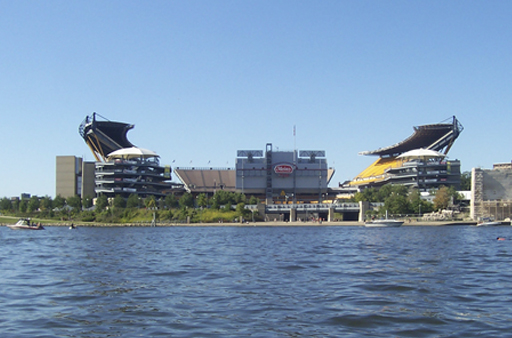 The Pittsburgh Steelers have a reputation for coming through in the clutch. Whether it's a last minute drive orchestrated by quarterback Ben Roethlisberger, a forced fumble following a sack by linebacker LaMarr Woodley or an acrobatic interception by safety Troy Polamalu, the Steelers have a knack for finding ways to win close football games.

The 2012 Steelers were not those Steelers.

Finishing the season a disappointing 8-8, Pittsburgh missed the postseason and saw the rival Baltimore Ravens soar through the postseason to claim their second Super Bowl victory. So, what changed for the Steelers in 2012?

The team's problems seem to have really started with the injury to Roethlisberger against the Kansas City Chiefs. Backup quarterbacks Byron Leftwich and Charlie Batch struggled, combining to go 1-2.

When Roethlisberger returned to the lineup, he was still not healthy and lost three of his first four games coming off the injury. But while finding a new backup quarterback may be a need for the Steelers in this offseason, there are larger problems for the team to address in the NFL Draft.

Pittsburgh had trouble forcing turnovers in 2012. The Steelers had a turnover margin of -10, and the team's pass rush is mainly responsible for this problem. Normally, Pittsburgh boasts one of the most feared pass rushes in the league. In 2012, the team failed to pressure opposing quarterbacks on a consistent basis.

With talented pass rushers all over the first round, Pittsburgh seems to be in a good position with the 17th pick to add some good talent. Several teams in the top ten are looking for similar talents, but a guy like Texas A&M defensive end Damontre Moore should be available for the Steelers. Moore’s initial quickness off the snap and ability to play a stand-up or hand down role on either side of the line will make him a nice fit for defensive coordinator Dick LeBeau’s 3-4 defense.

With wide receiver Mike Wallace set to become a free agent, Pittsburgh will be looking for a new receiver in the draft. Wallace's big play ability has recently been compromised by his costly dropped passes, and the team has soured on him.

With the Steelers picking 48th, there are two names to watch. Clemson wide out DeAndre Hopkins had a breakout 2012 season after sliding into the top receiving role, catching 82 passes for 1,405 yards and 18 touchdowns. And West Virginia wide receiver Tavon Austin could still fall to the second round once the hype around his 4.34-second 40-yard-dash time recedes. Austin had 114 catches for 1,289 yards and 12 touchdowns for the Moutnaineers. Both Hopkins and Austin provide similar skills to the offense that Wallace did.

Another position of need may be harder to swallow for the Steelers: finding a replacement for safety Troy Polamalu. His health issues have increased in recent years and his production has subsequently plummeted. In round three, the play for Pittsburgh may be taking a safety like Georgia Southern's J.J. Wilcox.

The former wide receiver made a smooth transition to safety in his senior season and showed tons of potential. WIth 88 tackles, three interceptions and a ton of athleticism, Wilcox has a high ceiling but is risky. However, a risky pick should be acceptable for the Steelers in the middle of the third round, especially at a position of need like safety.

Other later round targets for the Steelers could include offensive tackle and running back. Offensive tackle Mike Adams struggled in his rookie season, but the team isn't ready to give up on him yet. With a young line, some depth picks later are probably the only focus in this draft. Meanwhile, running back Rashard Mendenhall is a free agent Pittsburgh likely will not retain. With backs Isaac Redman and Jonathan Dwyer showing potential in 2012, the team may just look to add depth in later rounds.

Pittsburgh has developed a reputation for drafting well and will need to do a great job in this year's draft to bounce back from 2012. There are more glaring needs than there have been in recent years, but with the talent available at those positions of need, the Steelers should be back in the postseason as early as next season.

Jason Shawley is a junior majoring in broadcast journalism. To contact him, email jts5353@psu.edu.

Jason is a senior at Penn State majoring in Broadcast Journalism. He is currently in his eighth and final semester as a student with ComRadio and has enjoyed every aspect of sports broadcasting. He is currently a co-host of The Fifth Quarter and 60-Minute Misconduct. His most memorable moments to this point are speaking with his favorite broadcaster, Mike ‘Doc’ Emrick on his talk show and broadcasting a Penn State football game. Jason takes part in various sports broadcasts with ComRadio and has been a staff member of the yearly NFL Draft Show as well as the Selection Sunday Show. Jason is also a member of the John Curley Center For Sports Journalism. After graduation, Jason plans to move to Pittsburgh and get a job in his favorite city.