The NBA season is about halfway over and wow, it has lived up to the hype.

Following the announcement of a quicker restart just before Christmas, concerns about the quality of play were raised up until the first jump ball went up. Now, here’s the biggest surprises at the midway point of the 2020-21 campaign.

Utah putting it all together

Who would’ve thought that the Jazz would be sitting atop the Western Conference at any point during this season?

Through 34 games, Utah holds a 24-6 record and has won 20 of its last 22 contests. Yes, you read that correctly. Donovon Mitchell has unlocked another tier of play, averaging 20-plus points per game over the month of February.

As a team, the Jazz are tied for fourth in the league in points per contest and second in points per game, which has led to incredible success against notable teams like the Clippers, 76ers, Celtics and Nuggets, all who the Jazz have beaten during the season.

With the West remaining as competitive as previous years, Utah sits on the mountaintop as one of the biggest surprises of the year.

Coming into the upcoming season, the Boston Celtics were expected to be one of the best teams in the Eastern Conference, despite losing Gordon Hayward in free agency.

Since the start of the campaign, Boston sits at .500 with an even 15-15 record, which leaves the Celtics as the No. 6 seed in the Eastern Conference.

In their last 11 contests, the Celtics have won only four. Jayson Tatum is still balling out with an average of 26 points, seven rebounds and five assists per contest, but the defense has been the biggest weakness for Danny Ainge’s squad.

The Celtics blew a 24-point lead to the New Orleans Pelicans and lost in overtime on Sunday night. While there’s still time for Ainge to salvage this season with a trade or waiver pickup, head coach Brad Stevens faces one of the toughest seasons in his tenure as the head of the Celtics.

The Knicks are competitive?

Let’s be honest, the Knicks came in as the laughingstock of the NBA just like every other year with their plethora of power forwards and the hiring of Tom Thibodeau as head coach.

But boy, the Knicks have proven every doubter wrong at this point in the campaign.

Currently the No. 7 seed in the East, the New York Knickerbockers boast one of the best defenses in the entire league, holding opponents to a league-low 103 points per game. Furthermore, Julius Randle has continued his success from last season and has become the offensive catalyst for Thibedeau’s squad, but Randle’s not alone.

R.J. Barrett has taken a leap in development, averaging almost 17 points per game and playing stout defense on the other end that’s reminiscent of Jimmy Butler during Thibodeau’s stint as head coach of the Chicago Bulls. Immanuel Quickley has carved out a role as a go-to scorer off the bench and ball-handler on pick-and-roll actions.

As crazy as this sounds, the Knicks are a dark horse in the playoffs assuming they hang on to its current position, but now, the spotlight shines bright on Madison Square Garden as fans and organizations eagerly wait to see if the Knicks can cling on.


Matthew McLaughlin is a freshman majoring in broadcast journalism. To contact him, email mem6936@psu.edu. 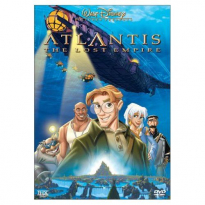 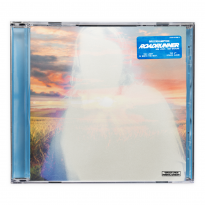