On a brisk State College afternoon just two seasons ago, walk-on quarterback Matt McGloin found himself through into a game that he would never forget. Down 21-0 to Northwestern, head coach Joe Paterno, in search of his 400th career win, turned to the then-sophomore McGloin for a spark.

Freshman Rob Bolden had come back from a concussion to start the game against the Wildcats, but through 28 minutes in the first half, the Nittany Lions were scoreless. Northwestern quarterback Dan Persa had shredded the Penn State defense for more than 300 yards in the first half.

With 50 seconds left until halftime and 91 yards ahead of him, McGloin had no intentions of heading to the locker room down by 21 points. 4 Just 47 seconds later, McGloin found tight end Brett Brackett for a 7-yard touchdown. McGloin would tack on three more second half touchdowns on his way to a 35-21 victory.

Much has changed since Paterno’s 400th win, but one thing has not heading into Saturday’s game with Northwestern: Matt McGloin enjoys playing the Wildcats. In two career games against Pat Fitzgerald’s team, McGloin is completing 65 percent of his passes for 417 yards, six touchdowns and, most importantly, zero interceptions.

Last year’s matchup in Evanston didn’t require the heroics of the 2010 contest, but McGloin put together arguably his most efficient game of the 2011 season. Aided by a dominant running game in the form of former of running back Silas Redd, McGloin tossed for two scores and just under 200 yards in a 34-24 Penn State win.

In the past, Fitzgerald’s teams have put up big numbers on the offensive side of the ball, but run into problems on the defensive side. This year, the Wildcats are no different. Led by dual threat quarterback Kain Colter, Northwestern put up over 700 yards of total offense in a 44-29 victory last week over Indiana.

On the other hand, Northwestern comes into Saturday ranked last in the Big Ten in passing defense giving up over 280 yards per game; music to the ears of McGloin who looks like a completely new quarterback under the guidance of Bill O’Brien.

At 243 yards per game, Matt McGloin sits atop of the Big Ten in passing. His 10 passing touchdowns rank second behind Nebraska’s Taylor Martinez (11). Against a vulnerable Northwestern secondary, McGloin will look to improve on what has already been a career season for the senior.

This weekend’s clash between the Nittany Lions and Wildcats sets up eerily similar to the classic 2005 thriller between the two teams. Penn State traveled to Ryan Field undefeated in hopes of walking away with an early conference away victory similar to what Fitzgerald’s team looks to do on Saturday. Penn State found that victory on a last minute touchdown pass from Michael Robinson to Derrick Williams.

Fitzgerald has never beaten Penn State as a head coach at Northwestern and this year’s team offers as good of a chance as he’s had in his career. And similar to the last two games, the outcome will surely be decided based on the performance of Matt McGloin.

Matt Lawrence is a sophomore majoring in Broadcast Journalism. To contact him, email mdl5249@psu.edu.

Matt Lawrence is a senior majoring in broadcast journalism and economics. He is also the Chief Editor of ComRadio. Upon graduating in May, Matt would ultimately like to work in the front office of a professional sports team and play a role in the everyday functions of the franchise. To contact him, email .(JavaScript must be enabled to view this email address). 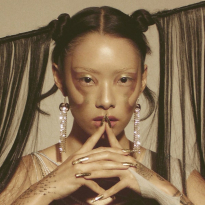