The Nittany Lions fell to the Scarlet Knights 59-58 in Piscataway, New Jersey, on the final day of the regular season.

The blue and white finished the regular season with a 12-16 overall record and went 7-13 in conference play.

Leading the charge for Penn State was Seth Lundy with 17 points, on 50 percent shooting, two steals and two blocks, also John Harrar with a 15 point and 17 rebound double-double. For Rutgers, Ron Harper Jr. ended the game with an exact stat line with Lundy, while Cliff Omoruyi contributed nine points on 4-5 shooting from the field.

The Nittany Lions entered the game No. 11 in the Big Ten conference standings, needing a win and a Maryland loss to secure the first-round bye in the conference tournament. All looked well for Penn State very early on, with Rutgers center Cliff Omuryi picking up two early fouls in the first minute, but Rutgers found a rhythm.

Penn State’s road struggles continued in the first half, shooting 17.9 percent from the floor and a low of 8.3 percent from beyond the arc. The team made five total shots out of 28 attempts while going 1-12 from downtown.

Penn State boasted only four scorers compared to Rutgers’ six scorers in the first half. Harrar led Penn State scores in the first half with seven points, followed up with Sessoms and Lundy contributing six points each. The other two points came from Pickett.

The turnovers also have been a major factor in its 1-10 record. The team gave up six turnovers by the first-half buzzer.

After being down 11 points, the Nittany Lions cut the deficit to six points nearing the end of the first half. After a bucket on an inbound play and a missed layup at the buzzer by Sessoms, Penn State entered the locker room down four scores.

The defense early on managed to limit the Scarlet Knights’ stars, but the role players stepped up big for head coach Steve Pikiell’s squad. Guard Paul Mulcahy and forward Dean Reiber combined for 17 points out of the team’s 29 first-half points.

The second half came out all Scarlet Knights, as the team went out to a hot start, going on an 11-2 run less than three minutes out of the halftime break. Into the first media timeout of the second half, the deficit increased to 14 points.

Down the stretch, the team started to find their offensive rhythm, making three out of their last four shots into the under-eight minute timeout. The team was cutting the deficit, but Rutgers kept its distance by trading buckets with the Nittany Lions.

With two minutes left in the game, a Lundy floater outside the paint knotted up the game at 55 apiece, in part with a 9-0 run for Penn State. After trading buckets, the last shot attempt by Sessoms could not be put away, deciding the Nittany Lion’s fate.

The Blue and White outrebounded the Scarlet Knights 41-28, with the biggest advantage on the offensive glass 14-5. The main culprit remains to be turnovers, 11-8 with Rutgers taking that category.

Penn State now secured the No.11 seed in the Big Ten Tournament, omitting them from a first-round bye. They take on the Nebraska Cornhuskers in the first round on Mar. 9, with tip-off set at approximately 8:30 p.m.

Jonathan Draeger is a second-year student majoring in broadcast journalism. You can contact him at jrd6052@psu.edu 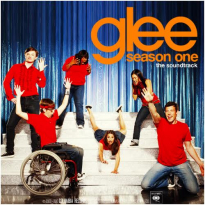