Story posted August 25, 2018 in Sports, CommRadio by Will Desautelle

UNIVERSITY PARK, Pa – Penn State got out to a strong start in the opening weekend of its 2018 campaign with dominant wins over Eastern Kentucky, UMBC and Navy in the Penn State Classic at Rec Hall. The No. 6 Nittany Lions needed just nine sets to knock off all three opponents and start the season on a high note with a new look squad.

Penn State graduated seven seniors from last season’s team, most of which were significant contributors. As a result, numerous freshmen saw action this weekend for the first time at the collegiate level, many of which will likely be needed to contribute all season given the heavy amount of turnover.

“I am pleased with the effort and performance by a good number of players,” head coach Russ Rose said. “We’ve got a lot of young people and I think with young people there are a lot of ups and downs associated with their development and growth, but we’ll have to deal with that.”

“I think it’s just about the team effort and how we’re helping each other to define what kind of team we are early on with a lot of new faces including myself,” Leath said. “For me, this weekend was about finding my rhythm and figuring out how I can consistently be a contributor and leader for the team.”

Reed was presumed to be the top offensive option to replace first-team All-American Simone Lee on the outside along with Ali Frantti. However, it appears the Nittany Lions have found a second reliable offensive option after Leath’s performance this weekend.

“She hit efficiently, passed almost every ball, and I thought [Leath] blocked well too,” Rose said. “She is a really mature young woman, so there is a lot for the younger players to learn from just being around her.”

Rose may have lost a lot of pieces, but he has established an excellent outlook for the program’s future by reeling in the number one recruiting class in the nation this past year.

Freshmen Jenna Hampton, Jonni Parker, Allyson Cathey, Serena Gray, Gabby Blossom and Kaitlyn Hord all saw plenty of action in each of the three matches this weekend. While Rose and some of the veteran players acknowledged that there will be some growing pains with the new corps of players, they have already noticed tremendous growth among the freshmen.

“We’ll make little tweaks here and there, especially with communication on the court, but they have stepped up a lot since they arrived on campus,” junior libero Kendall White said. “They are a very quiet group for the most part, but I think they have improved the most in that aspect so far more than anything.”

Parker, in particular, was a standout over the weekend, showcasing her versatility and high volleyball IQ in her first collegiate action. She registered a team-high 11 kills in the match Saturday morning against UMBC and also recorded two aces.

“[Parker] is a very smart player,” White said. “She’ll make something out of nothing on some plays, and she also slows things down a bit when things get stressful. She’s a very calm player, which really benefits us.”

The Nittany Lions will look to extend their hot start into next weekend’s non-conference slate. Next Friday they will host Temple before returning to Rec Hall to take on Texas A&M Saturday before a difficult road matchup against top-ranked Stanford the following week.

Will Desautelle is a senior from Washington Crossing, Pennsylvania, majoring in broadcast journalism with a minor in Spanish and a certificate in sports journalism. Will is a contributor for Centre County Report and is a staff writer for GoPSUsports.com, covering Penn State men’s hockey and women’s and men’s volleyball. He also covered Super Bowl LIV in Miami for CommRadio and is one of the station’s editors. This past summer, Will interned at ABC-7/WJLA-TV in Washington, D.C. and covered the Little League World Series as a beat writer for Little League International. Will has also completed internships with State College Magazine, the State College Spikes and NBADraft.net. Additionally, he is a member of the Penn State Men’s Club Volleyball team, which finished first place at nationals in 2019, and is a member of the THON Communications Committee. You can contact him at .(JavaScript must be enabled to view this email address) or follow him on Twitter @wdesautelle. 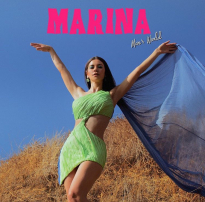