UNIVERSITY PARK, Pa. - It was a rainy evening at Jeffery Field, but that didn’t slow down the Penn State Nittany Lions’ (5-2-1) performance as they blanked the Villanova Wildcats (5-2) 4-0.

Propelled by Peter Mangione’s hat trick, the Nittany Lions built a sizable lead and their defense was stout enough to keep the Wildcats off the scoreboard.

The inclement weather made things appear difficult at the outset, but Mangione says the team actually enjoys playing in the rain.

“Honestly, we like it as players. We like it a lot,” Mangione said. “It just makes the pitch a little bit more slick. We can move the ball and tonight our ball speed was really good.”

With this evening’s results in mind, one can assume that Mangione definitely prefers the rainy weather, as the sophomore forward netted Penn State’s first hat trick since Corey Hertzog did it against Old Dominion in 2010.

“I think the key tonight was when we were in the final third, our crosses into the box and more importantly our runs in the box were just so good,” Mangione said. “That's why I have to give credit to the other guys.”

“I knew I was going to get those opportunities tonight and if I could just keep my composure in the box, I was going to get some. I got two in the first half and then we got the penalty and Reedy, the exceptional guy that he is, gave it to me and said ‘I have all the faith in you, go get your hat trick’ and I’d do the same for him or anybody else so is I was delighted It's awesome,” Mangione said.

Pierre Reedy’s two assists, and the unofficial third to Mangione was more than enough offense for the Nittany Lions tonight. Andrew Privett also tacked on a goal of his own for good measure.

As much as there is to highlight about Mangione’s feat and the offense, and deservingly so, the defense and goalkeeper Owen Elliott were fantastic as well.

The redshirt sophomore Elliott recorded his first career shutout tonight, and he undoubtedly earned it.

Elliott commanded the Nittany Lions' back line from the net and made some incredible saves at the beginning of the second half to keep Penn State's lead a comfortable one.

Head coach Jeff Cook was extremely pleased across the board with his team’s performance.

“It’s great when you can start to think about multiple guys who are playing at a really high level… That’s what we’re going to need to get through this challenging schedule that we have set up," Cook said.

Next for Cook and his squad, they will travel to Princeton, New Jersey to take on the Tigers. The game is set for Saturday, September 25 at 4 p.m.

Zach Donaldson is a fourth-year majoring in broadcast journalism. To contact him, email zach.donaldson1@gmail.com.

Zach is a fourth-year student from Downingtown, Pennsylvania and is an aspiring broadcast journalism major. Zach is an editor for CommRadio and additionally a member of the CommRadio Sports department. Zach is a producer, broadcaster and beat writer for various live Penn State sporting events. Zach also co-hosts a weekly talk show alongside fellow member Connor Griffin called No Boundaries. The show airs live every Tuesday from 6:15-7:15. Some of his interests aside from CommRadio include watching sports, working out and listening to a variety of music. He can be contacted via email at .(JavaScript must be enabled to view this email address), and you can find him on Twitter @zachdonaldson_. 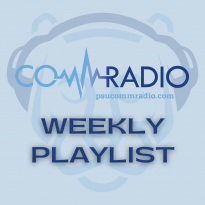