The Nittany Lions have picked up right where they left off last season, winning their first three games with a combined score of 141-14. Their dominance on the field has helped James Franklin on the recruiting trail, as Penn State has the fourth best class in the country, according to 247 sports.

The 23-man recruiting class is full of intriguing prospects with five star wide receiver Justin Shorter out of New Jersey being the headliner. The momentum is only going up as other top prospects around the nation are taking notice of Penn State.

Micah Parsons is definitely taking notice as pictures appeared on Twitter of him and Franklin hugging before the game last Saturday. The five star defensive end from Harrisburg, Pennsylvania was once committed to the Nittany Lions, but opened up his recruiting in April 2017.

The talented pass rusher seemed to be leaning towards the Buckeyes, but now experts are trending in the opposite direction. High school teammate Shaquan Anderson-Butts is committed to the Nittany Lions, so he might influence Parsons on which college to attend.

Nebraska, Alabama and Georgia round out the rest of his top five, but Penn State and Ohio State are his two clear favorites. If Franklin is able to beat out Urban Meyer for Parsons, it will be one of his best recruiting victories in Happy Valley.

While Parsons is the better player, Tyreke Smith might be the best recruiting victory for the Nittany Lions if he signs with them. The four star defensive end from Cleveland is currently the third best player in the state and is leaning heavily towards Ohio State.

Meyer rarely loses any top three prospects from the state of Ohio as he has kept his home state as a recruiting base for his program. Smith is also visiting Penn State after he visits Ohio State, giving the Nittany Lions a little more time to prepare and try to win him over.

Snatching a player of Smith’s caliber from Meyer’s backyard will show the nation the progress that Penn State has made on the recruiting trail. Yes, Franklin came to Penn State as one of the nation’s best recruiters, but Meyer is an elite recruiter that knows how to keep the state’s top talents at home.

Parsons and Smith are difference making players off the edge that will see immediate time at Penn State if they choose to go there. The only problem with that is the number of available scholarships for the players.

With the 23 commits, Penn State has 92 scholarship players for the 2018 season, seven more than the 85 limit. The loss of Saquon Barkley to the NFL only loses one scholarship to the roster, meaning six additional players need to be left off the team in order to make room for the 2018 class.

The roster decisions always happen, but those changes do not count Parsons and Smith joining the team. Their additions would make Franklin have to leave off eight players from the team to accommodate the large class.

Penn State has done a great job on the recruiting trail and is gaining momentum on two heralded defensive end prospects. The only issue is if the Nittany Lions will have enough space on the roster to accommodate them. 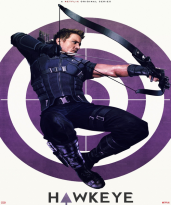 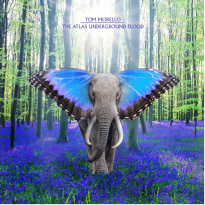