The Penn State men’s basketball team (9-18, 1-14 Big Ten) found itself down by 15 against No. 4 Michigan (23-5, 10-5 Big Ten) with 10 minutes left to play on Wednesday night at the Bryce Jordan Center. The game had all the looks of another loss for a team stuck in the Big Ten cellar, searching for its first conference win.

Then the impossible happened, as the Nittany Lions shocked the college basketball world and pulled a monumental 84-78 upset of the top five Wolverines.

For weeks, amidst his team’s 14 game losing streak to open conference play, Chambers did his best to remain upbeat. He focused on “moral victories,” while constantly giving positive reinforcement and speaking of improvements. He stayed true to his coaching staples of intensity, hustle and defense.

As many people on the outside began tuning Chambers out, and questioned these ”improvements” he was seeing, his team did not.

In their last three games, the Nittany Lions began performing better, showing tremendous fight, and an admirable “never give up” quality, that impressed many college basketball “experts” and coaches, for a winless Big Ten team that could have easily mailed in the season.

They managed to lose by only single digits against Iowa, at Michigan and at Illinois their last three times out, boasting improved statistics across the board. Chambers consistently said he could feel a win coming soon.

But when? The easier games, against lesser teams that many called more winnable -- Iowa and Nebraska -- were already in their rearview mirror. Many Penn State fans had given up hope and expected a winless conference season that would fall into the record books for the worst.

Then, against the most unlikely of opponents, a top five nationally ranked Michigan squad, that few people saw coming, Chambers’ word held true.

With 10:18 to play, Jermaine Marshall started the comeback as he completed a three-point play to cut the Michigan lead to 12, 66-54. He was the catalyst for the Nittany Lions offense the entire way.

Minutes later, with 7:02 remaining, Marshall brought Penn State within six, 72-66, when he swished a three from the top of the key. The basket sparked a 14-2 Penn State run, en route to a three point Nittany Lion lead, 77-74, during which Marshall drained two free throws and another three-pointer to momentarily tie the game.

Also along the way Marshall contributed on the defensive end, taking a charge the possession after his game-tying three.

With 1:21 to play, Michigan’s All-American candidate Trey Burke, slashed the Penn State lead to one, 79-78, after a pair of made free throws. Burke finished with 18 points and six assists.

On the next possession, Marshall had the ball with the game on the line.

“It was a little chip play that we were running,” said Marshall. “They switched it and coach put the ball in my hands.”

Marshall drove the lane, spun over his left shoulder and finished up-and-under with his left, to give the Nittany Lions an 81-78 lead.

With 11 seconds to play, after Penn State extended its lead to six, Burke launched a three from the front of the Nittany Lion midcourt logo, that missed off right iron. Fittingly, Marshall pulled in the rebound and dribbled out the clock as many of the 8,892 fans in attendance stormed the court.

Marshall finished the night with 25 points, scoring 19 in the second half, 10 in the final seven minutes, while shooting 8-for-17 from the field, including tying a career best 60 percent from the three-point line.

Not to be overshadowed by Marshall, was Newbill’s performance. Newbill totaled 17 points and five assists, including a couple key late buckets to aid Penn State’s late game surge.

Also contributing for Penn State was Ross Travis. Travis recorded his fourth career double-double, tying a career high 15 points and grabbing 12 rebounds. Like Marshall and Newbill, Travis was key down the stretch including a momentum building steal and fastbreak layup during the 14-2 run.

Wednesday night’s win, does not only mark Penn State’s first conference win, but their first win of the 2013 calendar year. It’s also the first program win over a top five opponent since they upset No. 2 Michigan State in the Big Ten tournament in 2001.

The Nittany Lions do not have much time to savor this milestone as they get right back to the court to close the week. They travel to Minnesota on Saturday afternoon to take on the Golden Gophers, who just pulled their own top five upset on Tuesday night of No. 1 Indiana.

“It’s a great win, and we’ll enjoy it today,” said Marshall. “But tomorrow, we’ve got to move on. We’ve got another game on Saturday. We’re going to go out and do what we do.”

Phil Constantino is a sophomore majoring in broadcast journalism. To contact him, e-mail philbc64@gmail.com.

Phil Constantino is a junior from Farmingdale, NY majoring in broadcast journalism with a minor in political science. Phil is also the website and social media director at ComRadio, and one of the station’s feature broadcasters. 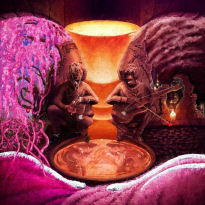 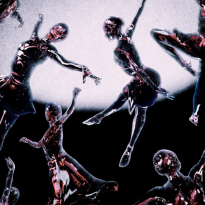 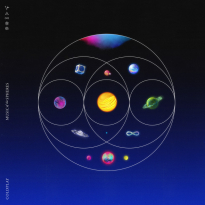 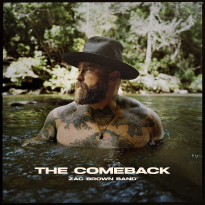