Story posted 2 days ago in Sports, CommRadio by Nolan Wick

On Saturday, the Penn State Nittany Lions will face the No. 12 Michigan State Spartans. The game will take place at Spartan Stadium in East Lansing, Michigan, with kickoff slated for 3:30 p.m. on ABC.

It is the final regular season game for both teams. Both teams have contended for the Big Ten East at one point or another, but each team’s season has gone quite differently.

Michigan State sits at 9-2 overall and 6-2 in the conference and has been tremendous this season, with its only losses being against Purdue and last week’s obliteration by Ohio State.

The Spartans are one of college football’s biggest surprises, as few expected them to contend. Much of their success can be attributed to second-year head coach Mel Tucker and running back Kenneth Walker III, a Heisman candidate.

However, it faces a tough opponent in Penn State this week.

As for Penn State, things have been different. The Nittany Lions started off 5-0, a stretch that included wins against ranked opponents in Wisconsin and Auburn.

However, things got rocky, as Penn State suffered three-straight losses against Iowa, Illinois and Ohio State. The Nittany Lions snapped the losing streak by beating Maryland, but then lost to Michigan.

Penn State comes into this game having beaten Rutgers very convincingly, so momentum has been all over the place.

Walker III is the obvious highlight for the Spartans. Walker has 1,498 rushing yards and 17 touchdowns.

He has the second-most rushing yards and is tied for fourth-most touchdowns by running backs in all of college football, so he is a legitimate Heisman candidate.

Elsewhere offensively, Michigan State is talented. Quarterback Payton Thorne has the second-most touchdowns in the Big Ten and the fifth-most passing yards. Meanwhile, Jayden Reed is a solid wideout.

Defensively, though, Michigan State has held opponents to 25.55 points per game. It has also had nine interceptions this season.

The defense is overall good, with a tendency to bend but not break, and the Spartans usually manage to stay one step ahead of their opponents.

As for defense, Penn State easily has the better one of the two teams, particularly in the red zone.

Teams usually do not score once in the red zone against Penn State, as the defense doesn’t tend to break.

It’s stacked with talent and features the likes of Ellis Brooks, Jaquan Brisker and Arnold Ebiketie.

Penn State’s offense can be shaky and inconsistent at times, as seen throughout the course of the season.

Sean Clifford is one of the better quarterbacks in the Big Ten, as he is capable of not only making big passes but running for big gains as well.

His biggest weapon is wideout Jahan Dotson, who has established himself as one of the best wide receivers in college football.

Penn State’s biggest weakness is its running game, although it has looked slightly better and more consistent as of late.

It could be a tough outing in East Lansing for the Nittany Lions, but they are fully capable of upsetting the Spartans.

Michigan State is dealing with some injuries, as Walker, Reed and Xavier Henderson all missed some time with apparent injuries during the matchup against Ohio State.

However, it is tough to see Penn State coming away with a win. The offense is too inconsistent, and that will be prevalent in a tough atmosphere as the Nittany Lions will lose a close game.


Nolan Wick is a first-year majoring in journalism. To contact him, email nhw5046@psu.edu. 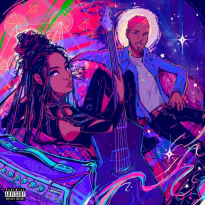