This platform is used to promote student voter registration for the upcoming elections, with the closest upcoming poll date being Oct. 7 for the municipal elections in State College.

Throughout the week, student volunteers helped recruit their peers to register by tabling and canvassing, which consisted of standing at a table inside the HUB-Robeson Center and alerting students that they can fill out registration forms at the table, while also helping students with any questions they may have.

Alejandra Trejo is a senior who volunteered to help by tabling at the HUB on Thursday afternoon.

“It’s been pretty successful,” Trejo said. “Just by reaching out either from tabling or canvassing, we have gotten a lot more voters.”

Jessica Bard, a junior, was another volunteer at the HUB Thursday afternoon.

“The process can be intimidating if you’ve never registered before, and I think just showing how easy it is to fill out a form makes more people more likely to register,” Bard said.

Volunteers said it was imperative that students of all political beliefs be afforded the same registration opportunities.

Both Trejo and Bard agreed it was important for Penn State to offer such a service for students who struggle to always find the time for registration.

“Even if you’re super busy with a job or extracurriculars, it’s still super important, so having it in a really common area where you really don’t even have to take time out of your day to do it, I think is really important for everybody,” Bard said.

PSU Votes Week concluded on Friday, and, according to Trejo, its efforts led to an increase in student voter registration compared to promotions in years past.

Andre Magaro is a sophomore majoring in broadcast journalism. To contact him, email ajm7362@psu.edu.

Andre Magaro is a sophomore from Enola, Pennsylvania majoring in broadcast journalism. He is a play-by-play broadcaster and editor for CommRadio. He also covers events and anchors CommRadio’s Wednesday newscast. When not at CommRadio, Andre is a commentator for BTN Student U broadcasts, a student writer for Penn State Athletics and is also a member of the Penn State campus ministry New Life. Andre has written for Armchair All-Americans in the past, covering Penn State football, baseball and men’s hockey. He can be contacted via email at .(JavaScript must be enabled to view this email address) and on Twitter, @andre_magaro. 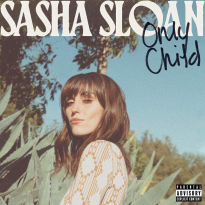