There’s little that Josh Homme hasn’t done in his musical career. The sole continuous member of stoner rock band Queens of the Stone Age (QOTSA), Homme’s career has partnered him with rock’s most revered musicians, from Led Zepplin’s John Paul Jones, Trent Reznor of Nine Inch Nails, and most recently Iggy Pop on the punk legend’s final record. Now, on his seventh album with QOTSA, Homme has partnered with an unlikely collaborator; modern pop producer Marc Ronson notable for producing Grammy-winning music with Amy Winehouse, Adele, and Bruno Mars. From what could have been a mess of clashing styles comes QOTSA’s most accessible and immediate album to date, though not without sacrificing some of the edge and intensity QOTSA is known for.

Though Ronson elects to dial back the heavy and thick guitar sounds QOTSA built their sound upon in previous records, Homme’s songwriting remains untouched. Sticky riffs and grooving bass lines are the backbone of the majority of the tracks on the record. This combination transforms what would have made par for the course stoner rock songs on past QOTSA albums into punchy and sinister alternative rock gems. These handful of pop-injected tracks on Villains such as “Feet Dont Fail Me,” “The Way You Used to Do,” “Domesticated Animals,” “Head Like a Haunted House,” and “The Evil Has Landed” make for some of the best material QOTSA has put out over the course of their 21 year career.

“Domesticated Animals” shines through especially, with a fat bass anchoring the track’s repetitive riffs and spacey synths. Its grooving rhythm transforms the five-minute track into a hypnotic epic that sucks the listener in. The lyrical themes are surprisingly political for a QOTSA song, and satirize with precision the modern political climate.

Homme continues to prove his lyrical abilities on the closing track “Villains of Circumstance.” Centered on the pain of being separated from those you love, the song’s vulnerable and seemingly personal subject matter stands out among the villainous escapades of the other tracks. It’s one of the slower tracks on the album, though the passion behind its lyrics and performance help it stand out.

The album’s remaining and more drawn-out tracks, “Fortress,” “Un-Reborn Again,” and “Hideaway,” are where Ronson’s production begins to hinder the band. They attempt to follow in the steps of the more stylized and ominous tracks on QOTSA’s previous album ...Like Clockwork such as “The Vampyre of Time and Memory” or “Kalopsia,” but lack the grit that made these songs so exciting. Ronson’s production robs the musical changeups and mood shifts within each track of their weight. The mix keeps the various parts of the instrumental all neatly organized and chained in place, depriving them from a tangible sense of progression or build. They harken so much back to their better counterparts on ...Like Clockwork that inspired them that they feel like wasted potential being placed on Villains instead of ...Like Clockwork.

These hiccups aren’t large enough to make a case against Ronson’s production though. The success of the tighter tracks on Villains reels the listener into their sinister grooves and riffs unlike any alternative rock album of the year so far. If Ronson returns to produce a QOTSA album again with a sole focus on groove and riff laden tracks, it could make for one of QOTSA’s best albums. Instead, Villains offers an inconsistent tracklist that trips up the album all too frequently throughout its runtime. But when it is standing, it stands high enough on the strength of its groovier tracks to make it worthy of any rock fan’s attention.

Chandler Copenheaver is a senior majoring in Public Relations and minoring in Civic and Community Engagement. To contact him, email him at chandlercopenheaver@gmail.com. 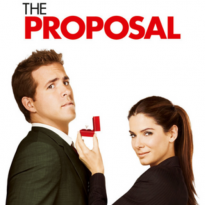 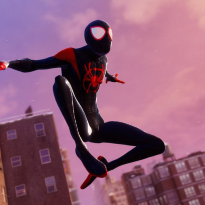