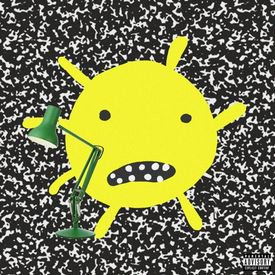 The Grammy-nominated Philadelphia artist Tierra Whack turned the music industry on its head last year with the launch of her 15-minute debut visual album, “Whack World.” The project is 15 tracks, each being exactly 60 seconds accompanied by an attention-grabbing video.

With Whack’s impressive debut, many were eager for a full-length song from her, and she delivered with “Only Child.” The song centers around Whack’s experience with a selfish romantic partner; “You must be the only child because you're so stingy/ I just wanna go buck wild when you don't defend me.”

Whack’s vocal versatility is at the forefront of this song and the excitement surrounding Whack’s songwriting proved to be warranted. “Only Child” is the first song released prior to her next project and Whack does a tremendous job of continuing her upward trajectory. – Jerome Taylor 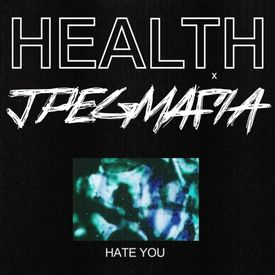 Los Angeles noise-rock band HEALTH teams up with Baltimore rapper and rising star JPEGMAFIA on the track “Hate You.” HEALTH does an amazing job creating an ominous beat and combining it with the raw anger of JPEGMAFIA, which is similar to his feature on “Vengeance” last year.

The noise-rock instrumental fits perfectly with the message about being mad with industry rappers that haven’t come up through the struggle. JPEG delivers on this track, and how he hates these other rappers more than he hates himself.

The accompanying music video is about a bull trying to pirate the single. It has some pretty disturbing videos which fit in with the anger that permeates the entire track. The ominous instrumental builds up perfectly with it, creating an eerie tension.

JPEGMAFIA continues to be one of hip-hop’s next rising stars, and HEALTH blends effortlessly with him. Seeing HEALTH collaborate with other hip-hop artists could be an interesting endeavor in the future. – Owen Paiva

Reba McEntire – "No U in Oklahoma" 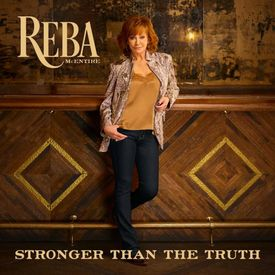 Reba McEntire has been a long time influence in the country music genre. Since 1977, she has been consistently releasing music for fans with her sassy lyrics and southern twang.

In April, McEntire will be releasing her 29th studio album titled “Stronger Than the Truth.” While she has never let her fans down, she has said that this album will be her “most country” album she’s ever made.

Her new single “No U in Oklahoma” might just prove her statement. The song opens with undeniable southern feeling complete with acoustic guitars and fiddle. It has a very strong, foot-tapping tempo that’s fun for any lover of McEntire’s discography or any classic country music.

The lyrics give the track an even more southern feeling as McEntire confronts a previous boyfriend by admitting that her dad never liked them together. The chorus falls together as she brings their relationship all throughout the southern United States, singing “You put the T in tears for Texas/S for sad in St. Louis.” She continues until she finally gets to her home state, Oklahoma, where she tells him that there’s no U in Oklahoma and “that’s okay with me.”

“No U in Oklahoma” is a fun, country song that is enjoyable for anyone even if they don’t like country music. It’s a great track to get fans excited for the release of her new album. Reba McEntire continues to prove herself as a powerhouse in the country genre. – Jade Campos 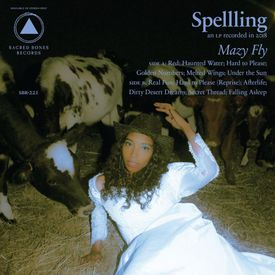 “Dirty Desert Dreams” is a bombastic, danceable joy that puts Spellling’s incredible inner-witch aesthetic on full display. The track opens with a fading synth line, leading the listener down a windy road of freestyled drum beats, euphoric organ keys, and a well-executed “wah-wah” effect of the guitar. As Tia Cabral, better known as Spellling, is there to greet you with her siren voice, she cries out “My desert, my darling. Have mercy!"

The song serves as one of the closing tracks to her phenomenal 2019 LP "Mazy Fly." One that challenges the listener through an onslaught of gorgeous avant-garde production, “Dirty Desert Dreams” provides that needed accessibility to lure one into the spells that Tia is trying to cast. It plays like something fellow experimental artist King Gizzard & The Lizard Wizard might conjure up, with an added heavenly touch of soul. At only two and a half minutes in length, the track wizzes by, making you wonder where the time went.

Already being hailed as one of the best albums out in 2019, Spellling’s "Mazy Fly" is one many won’t want to overlook. – Matthew Dunn

The Good and Bad from the NHL Trade Deadline