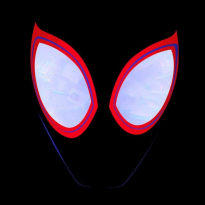 The newest single off the “Spiderman: Into The Spider-Verse” movie soundtrack, “Sunflower”
features some less than stellar performances from Post Malone and Swae Lee and a beat that
is catchy at first, but quickly loses steam. Neither Post Malone nor Swae Lee bring much energy
to the track, which is a shame considering both are known for the energy that they provide in their music. There isn’t anything different or creative on “Sunflower,” further proven by the beat that has a catchy melody and some poppy drums, but quickly becomes repetitive upon
multiple listens. “Sunflower” isn’t meant for anything other than being a single to generate hype
for the new Spiderman film. From a repetitive instrumental to a lack of energy from both
performers, it’s safe to say that Sunflower is one to skip.

“Empty Space” calls to memory the style and sound that originally put James Arthur on the map,
which was simplistic instrumentation mixed with hard hitting raw emotion projected through
vocals. But, it seems that even though Arthur desires to stay true to his source sound, he’s
become more open to implementing the clichés of musical build-up within the pop genre into his
own music. While this piece does utilize mostly guitar and Arthur’s compassionate vocal tone
for the sole sound of its early verse and chorus, the song abruptly incorporates a more pop
oriented pre-chorus that completely ruins the initial tonality.

The sound is more akin to that ofTaylor Swift or Justin Bieber once the pre-chorus begins and completely loses the James Arthur
appeal it sustained in its opening. It’s sad that the song continues to go down this route instead
of continuing with a more simplistic approach. Through these portions of the song piece the lyrics
within adamantly and become a saving grace, lines such as “I don't know who I am without you”
perfectly illustrate the mental struggle that comes from a difficult breakup. While the single is
difficult to distinguish from most cookie cutter pop-hits, the beginning and the lyrics presented within
ultimately make it a level above mediocre. 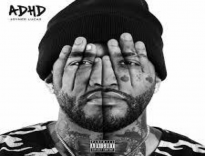 “I Love” is the first single off of Joyner Lucas’s upcoming album ADHD. “I Love” is a good
example of how versatile of a rapper Joyner is. At a moments notice, Joyner switches flows and
changes tempo all while maintaining an energy level that keeps the track moving forward.
Joyner raps of his success and what he loves, as well as what he would like to forget.

At this stage in Joyner’s career, he has amassed a level of respect and admiration throughout the rap
community, and “I Love” is a way for him to solidify it. While the instrumental is nothing special --
some booming bass with minimalistic drum samples -- Joyner’s flow and delivery compliment it
very well. Joyner rides the beat throughout the entirety if the track, ebbing and flowing over each
hit of the bass and slap of the snare.

Jon Bellion - Conversations With My Wife

Jon Bellion has finally returned to the scene at last feeding music goers impatience with the
impressively compassionate “Conversations With My Wife.” With almost two years separating
this single from Bellion’s previous work, the anticipation of this track and the album Glory Sound
Prep, this single reportedly resides on is notably high. From what can be heard through
this piece singer/songwriter/producer Jon Bellion is beginning to struggle with the commercial
success of his debut major-label album, The Human Condition, and the effects fame presents in
his life. Through the use of his iconic re-invented pop style Bellion displays his affliction with
being a voice of difference in his highly unobservant genre, this is displayed through lines such
as “I don’t want to be some digital Jesus…” and “I’m so ready to run from the spotlight…”. The
simplicity in which Bellion delivers these lines is incredibly fitting as his vocals include no
complexity, this mixed with the combination of modern pop and an 80s techno sound welcomes
listeners to experience not only his music but his message as well. As personal as this track is it
also goes a step further shedding light on Bellion’s relationship status as even the most devoted
of fans surprisingly learned that the artist is now married. While “Conversations With My Wife”
may not undergo the same success as Bellion’s previous works, it is still an exceptional piece
that allows fans and listeners alike to understand how love supersedes the emptiness of fame.

JonMichael Pereira is a sophomore majoring in Telecommunications. To contact him, email
jqp5759@psu.edu.