Since the Chuck Noll roamed the sidelines, signing players in the first few hours of free agency has not been the Pittsburgh Steelers' style. They are a team who loves to build through the draft and develop their own players. However, Tuesday night, the team went against the grain when they signed safety Mike Mitchell to 5 year deal worth $25 million just hours after the free agency period began.

Coming into the off-season, the defensive backfield was considered to be one of the major areas the team would need to improve going into the 2014 campaign. Over the past few seasons, the unit had slipped from one of the best in the league (ranked #1 against pass in 2011) to one that was old, slow and destined to give up big plays.

Last year, Shamarko Thomas was drafted in the 4th round to give youth to the group but was used primarily in quarter defense situations and as a special team’s player.

To continue their quest to get younger, the team nabbed Mitchell, who is coming off a career year in Carolina. Mitchell, the 2009 2nd round pick of the Oakland Raiders, started just 9 games in four seasons for the Oakland raiders.  After signing a one-year deal with Carolina, Mitchell burst onto the scene starting 14 games replacing the injured Chris Godfrey. He recorded 3.5 sacks, 4 interceptions, 2 forced fumbles and 74 tackles on the season.

His signing all but closes the book on the incumbent free safety, Ryan Clark. Clark played eight seasons in the Steel City. He was productive in 2013 where he finished second on the team with 105 tackles. However, the number that spelled the end for the veteran safety is 35, the age which Ryan Clark will turn in October.

Many mock drafts had pegged Alabama safety Ha Ha Clinton-Dix to the Steelers with the 15th pick but Mitchell signing all but eliminates the possibility of the Steelers addressing safety early in the draft in May.

With the safety position set for the season, the attention turns to corner position. Currently, the team only has three players with meaningful experience at the position. Ike Taylor took a pay cut to stay with the Steelers but his play has diminished as his age has risen. At age 34, a replacement for him a clear team need. Veterans William Gay(29) and Cortez Allen(25) took steps forward in 2014, but their play doesn't appear that of a number one, shutdown corner.

Darqueze Dennard from Michigan State and Justin Gilbert from Oklahoma State are widely considered to be the top corners in the draft. Both would be enticing upgrades if available when the Steelers pick.

Bryan McSorley is a senior studying broadcast journalism. To contact him, email mcsorleybm@gmail.com.

Options for Jacksonville at No. 3 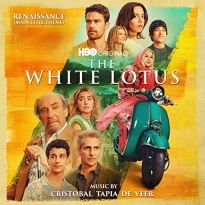