Pro athletes may be some of the best in their sport, but that also helps them get into some pretty good roles in the television/movie realm. In this listicle, the Arts and Entertainment Department takes a look at just some of the best athlete appearances in media. 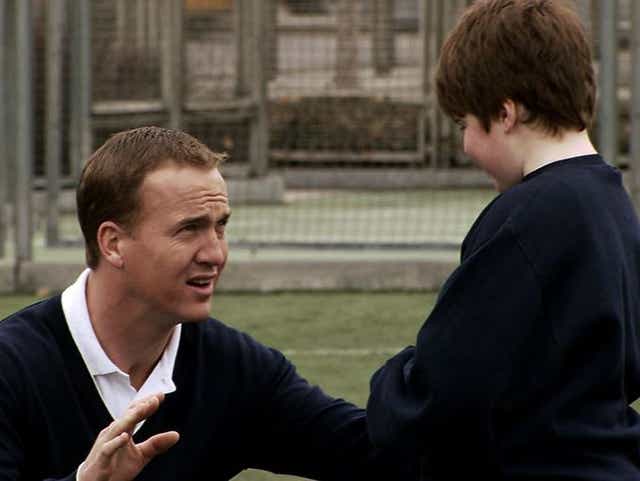 Peyton Manning has won two Super Bowls, is a Super Bowl MVP, holds numerous records and is widely considered one of the greatest quarterbacks of all time.

He also has excellent comedic timing.

It’s not uncommon for prominent athletes to host “SNL,” these episodes are fun but heavily rely on the cast rather than the host. However, Manning's performance in season 32, episode 16 of “Saturday Night Live,” is extremely impressive.

His monologue is hilarious, mainly when he introduces his father and brother as NFL quarterbacks and his mother as “a real disappointment to all of us” since she never made it to the NFL.

Manning does great sketches, but the most memorable moment is the Digital Short entitled “United Way.”

It’s a parody commercial showing Manning volunteering with a group of children playing football, but he’s an awful influence. He hits them with footballs, curses at them, gets them tattoos and uses them to hit on women.

Manning clearly impressed the people at “SNL” as he’s returned for cameos in 2008, 2015 and just last month he did a bit on “Weekend Update” where he talked about missing the NFL playoff games due to his binge of “Emily in Paris.” 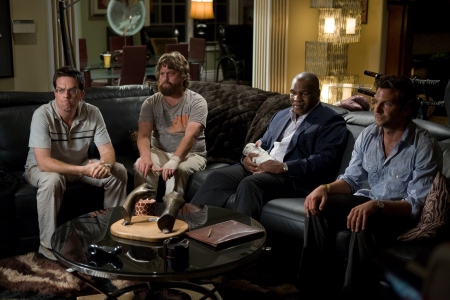 Mike Tyson, one of the most famous heavyweight boxers of all time, is well known for his numerous boxing titles, aggressive style and tough-guy persona.

Knowing this, what could be more iconic than seeing “The Baddest Man on the Planet” sing along excitedly to “In the Air Tonight” by Phil Collins before throwing a knock-out punch at Zach Galifianakis?

Tyson’s cameo appearance in “The Hangover” creates an important plot-point as the trio of Galifianakis, Bradley Cooper and Ed Helms attempt to comprehend how Tyson’s pet tiger came into their possession and how they will return it, all while attempting to solve the mystery of where their best friend Doug, played by Justin Bartha, has disappeared to after his bachelor party.

Eventually, the group is able to return Tyson’s tiger to his home, where Tyson shares security camera footage from the night before and is ultimately understanding of their actions. The men are understandably star-struck and are extremely gracious towards Tyson.

“The Hangover” was one of the highest grossing comedy films of the 2000s and would not have been the same without Mike Tyson’s contribution. – Rachel Newman 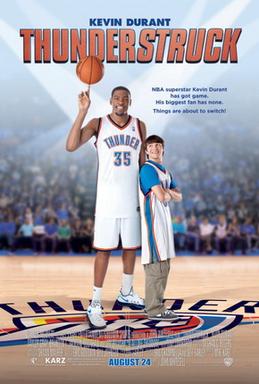 Many basketball players have used their fame from playing in the NBA to land themselves roles in movies.

This includes Kevin Durant in the 2012 family comedy “Thunderstruck,” where he plays himself. This film has become a very nostalgic memory of NBA fans who were growing up when it was released.

In the movie, Kevin Durant’s basketball skills are transferred to a 16-year-old named Brian, who uses his new abilities to win games for his high school’s basketball team. Brian’s talent wins over his crush, but he starts to lose her because he becomes too cocky.

While this is happening, Durant starts going through a massive slump and he tries to figure out how to get his basketball skills back from Brian.

This film was a fan favorite for the NBA’s younger crowd. It grabbed children’s attention not just because an NBA star played a major role, but also because it depicted their dreams of being able to play like a professional.

“Thunderstruck” may not be the highest quality movie, but it is a great family film that was a big part of many NBA fan’s lives growing up. - Jayson O’Connell

Rachel Newnam is a first-year majoring in Journalism. To contact her, email ren5102@psu.edu

Jayson O’Connell is a third-year majoring in broadcast journalism. To contact him, email jbo5216@psu.edu

What’s Coming Up In The NFL?