The Final 2022 NBA Rookie of the Year Watch

The NBA regular season and play-in tournament has finally come to an end and the playoffs are almost underway.

While some of the league's top rookies are continuing onto the playoffs, others had their seasons come to an end this past week.

Let's take a look at how the rookie seasons looked for some of the top contenders for Rookie of the Year.

Mobley’s season just came to an end as his Cleveland Cavaliers fell to the Atlanta Hawks in the final play-in game.

While the Cavs  did blow a late lead to lose the game, Mobley was not one of the main reasons why his team lost as he finished with 18 points and eight rebounds.

Mobley played well during the Cavaliers’ other loss in the play-in game by scoring 19 points against the Brooklyn Nets.

Overall on the season, Mobley averaged 15 points and 8.3 rebounds per game.

Unlike Mobley, Cunningham did not see postseason action as his Detroit Pistons finished as one of the league’s worst teams.

Cunningham did not play in the Pistons final regular season game against the Philadelphia 76ers meaning his season came to an end last Friday.

In that game against the Milwaukee Bucks, Cunningham scored 14 points and picked up seven assists in a Pistons’ loss.

This season, Cunningham averaged 17.4 points and 5.6 assists per game.

Barnes is the only rookie on this list whose season has not yet concluded.

The Toronto Raptors had a bounce back season as they finished as the No. 5 seed in the Eastern Conference and are facing the 76ers in the first round of the playoffs.

During the regular season, Barnes averaged 15.3 points and 7.5 rebounds per game.

Wagner’s season has been over since the last game he played on April 5 against the Cavaliers.

While his season got off to a hot start, Wagner quickly faded out of the spotlight as his team the Orlando Magic continued to lose game after game. They finished with the second-worst record in the league this season.

Wagner averaged 15.2 points and 4.5 rebounds on the year.

Penn State Takes The Rubber Match of the Series Against Indiana 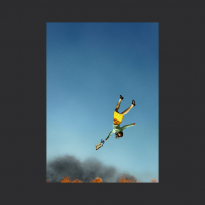