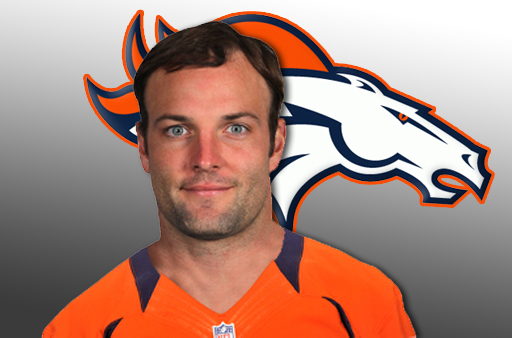 Kraft is a business man in every sense of the word and doesn’t mind cutting beloved players or opting to let them walk in free agency if their desired price tag adds too many zeroes.

Stories of former Patriots feeling disrespected at Kraft’s penny-pinching habits are well documented and this offseason another aging New England star saw the writing on the wall.

This offseason brought about another staring contest at the negotiating table between Kraft and Welker with the veteran wide receiver hoping to return to New England for a seventh year, albeit at the right price.

Kraft’s price is often times drastically different than a player’s asking price and talks between the two sides were either positive, negative or indifferent depending on who you talked to, but on March 13, we finally got our answer: Wes Welker was taking his talents to Denver.

After multiple media outlets reported earlier in the day that the Patriots had made Welker an opening offer of two years at $10 million plus incentives, the five-time Pro Bowler elected to test his value on the open market.

Just as soon as Welker stuck his toe into the free agent pool, Denver Broncos Executive Vice President of Football Operations John Elway threw Welker a life raft in the form of a two-year $12 million offer to join the Broncos.

Having felt marooned on a deserted island by his former team, Welker agreed to the contract with Denver and took all of his 768 career catches with him.

After Welker jumped ship to the Patriots’ AFC rivals, Patriot nation probably pulled up the depth chart, scrolled down to the wide receiver section and took a collective gulp.

With Welker gone, Deion Branch and Donte Stallworth unrestricted free agents and Brandon Lloyd potentially getting cut, it looked like the only wide outs the Patriots had under contract for the 2013 season were Matthew Slater, Kamar Aiken, Jeremy Ebert and Andre Holmes.

For those of you scoring at home, that’s a combined three career receptions by the four receivers listed above.

Lloyd’s future with the Patriots is very much a cloudy one, despite the fact that he inked a three-year $9 million deal with New England last offseason.

The team had high hopes for the veteran speedster coming into this season as he reunited with Patriots offensive coordinator Josh McDaniels.

While McDaniels was the head coach and defacto play caller for the Broncos, Lloyd was the go-to receiver for the team in 2010 and led the NFL that year with a career-high 1,448 receiving yards.

Lloyd was expected to duplicate those gaudy numbers this past season in New England and become the deep threat the Patriots had been missing since the exodus of Randy Moss in 2010.

While Lloyd was productive (74 catches, 911 yards and 4 touchdowns) he ranked 115th in the NFL in yards after the catch and failed to live up to his reputation for stretching the field.

Lloyd remains under contract in New England at this hour, but that could change at the drop of a hat as transactions are constantly being made during the free agency period.

Speaking of transactions, the Patriots managed to alienate their top receiver right out of Foxboro but may have found his replacement in Danny Amendola.

Hours after Welker announced his intention to sign with Denver, the Patriots signed the former St. Louis Ram to a five-year $31 million contract.

Amendola’s average salary of $6.2 million is slightly higher than the $5 million a year the Patriots offered to Welker.

At 27 years old, Amendola is now entering the prime of his career while Welker, 31, is arguably on the other side of his best years despite catching 118 passes for the Patriots last season.

Once again, a shrewd business move by Kraft in an attempt to get younger on offense.

While technically a four-year NFL veteran (he missed 15 games in 2011 after dislocating his elbow) Amendola could legitimately pick up the offensive slack following Welker’s departure.

In what his best statistical season to date, Amendola led the NFL with 2,364 all-purpose yards in 2010, proving to be the type of versatile player that the Patriots coaching staff covets.

Now that the Patriots have signed a slot receiver to replace their departing one, they have to shift their full attention to Lloyd before making their next wide receiver personnel move.

If Lloyd is kept, New England will almost assuredly feature Amendola, Lloyd and perhaps Branch or Stallworth as wide receiver options to help take some pressure off of the best tight end combination in the business.

While McDaniels is universally regarded in NFL circles as an offensive innovator, his play calling focus in terms of the passing game has shifted from the air raid attack that shattered numerous NFL offensive records in 2007, to the more methodical, tight end-friendly pass patterns of recent years.

Back in 2007 when the Patriots offense forced NFL historians to rewrite the record books, New England lived and died by letting its receivers, mainly Randy Moss (23 TDs) and Welker (112 catches) handled the heavy lifting.

Ever since tight ends Rob Gronkowski and Aaron Hernandez made their NFL debuts for the Patriots in 2010, the New England offense has revolved around its talented tight end tandem.

The pair set an NFL record for receptions, yards and touchdowns by tight ends on one team in a single season by combining for 169 catches, 2,237 yards and 24 touchdowns in 2011.

If Lloyd isn’t able to fill the deep threat role that the offense needs to take some defensive attention away from its tight ends, the team will have to hunt for one in free agency, the NFL Draft or perhaps both.

If Patriots fans are thinking the team will select a wide receiver in the first round of the draft, guess again.

Since Bill Belichick became head coach in 2000, the team has never drafted a wide receiver in the first round of the draft during his tenure.

In fact, New England has only taken a wide receiver in the first round of the draft once since 1990 when Ohio State wide out Terry Glenn was the Patriots first round choice in 1996.

Belichick’s draft strategy has been to steer clear of the glamour positions in the early rounds and hope for bargains towards the later rounds of the draft.

While Kraft foots the bill for every player on the Patriots roster, Belichick has the final say on every single personnel move including draft choices.

What Belichick will conjure up in the NFL Draft is anyone’s guess, but one thing is for certain: the Wes Welker era in New England is over.

Aaron Carr is a junior majoring in journalism. To contact him, email adc5230@psu.edu.