Lilah is from San Diego, CA. After attending the Penn State Broadcast Journalism Camp in 2015, she decided this was the perfect school for her to attend in order to pursue a TV career. Lilah is currently a producer, anchor and reporter for the CommRadio newscast on Fridays. In addition to CommRadio, Lilah is an intern for Penn State Athletics where she writes feature content for their blog. Lilah is the Vice President for the Penn State chapter of the Society of Professional Journalists. Lilah minors in Political Science, and has an interest in legal reporting as well as political reporting. You can follow her on Twitter @lilahcookpsu or email her at Lzc5387@psu.edu. 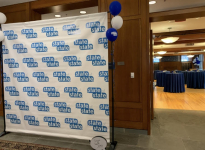