Will Desautelle is a senior from Washington Crossing, Pennsylvania, majoring in broadcast journalism with a minor in Spanish and a certificate in sports journalism. Will is a contributor for Centre County Report and is a staff writer for GoPSUsports.com, covering Penn State men's hockey and women's and men's volleyball. He also covered Super Bowl LIV in Miami for CommRadio and is one of the station's editors. This past summer, Will interned at ABC-7/WJLA-TV in Washington, D.C. and covered the Little League World Series as a beat writer for Little League International. Will has also completed internships with State College Magazine, the State College Spikes and NBADraft.net. Additionally, he is a member of the Penn State Men's Club Volleyball team, which finished first place at nationals in 2019, and is a member of the THON Communications Committee. You can contact him at willdesautelle@gmail.com or follow him on Twitter @wdesautelle.

‘It’s got to be one of his top games of his career’: Stevens leads Penn State past Minnesota

‘He wants to be the greatest of all time’: Mahomes caps off historical postseason in Miami

Harrisburg Leading the Rise of E-Sports 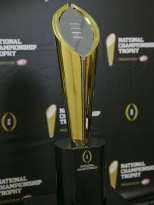 The Solution to the College Football Playoff

Game of the Week Preview: Kentucky vs. Tennessee

The Good and Bad from the NHL Trade Deadline

NFL Teams Most Likely to Regress in 2019

Michigan State Upsets No. 8 Penn State on the Road

Why Bryce Harper is Not Worth $400 Million

Nittany Lions Drop Second Straight at the Hands of the Spartans

The Line Between Right to Privacy and National Security

Men’s Hockey Around the Big Ten 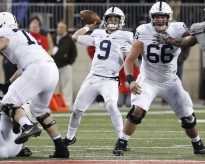 How Can Penn State Make the Playoff?

Game of the Week: Oklahoma vs. Oklahoma State

Game of the Week: USC vs. Notre Dame

Game of the Week: Michigan State vs. Michigan 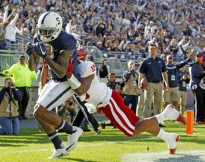 Hamilton Has Record-Setting Day in Win over Indiana

Game of the Week: Clemson vs. Virginia Tech

Game of the Week: Clemson vs. Louisville

Game of the Week: Ohio State vs. Oklahoma

Game of the Week: Florida State vs. Alabama

BASE: Penn State Cruises Past Lafayette with 9-2 Win

Best College in the 2017 NFL Draft