Michael Marcantonini is a senior broadcast journalism major and entrepreneurship minor from Blue Bell, PA. He is the Sports Director of The LION 90.7 FM student radio station, where he also works as a play-by-play broadcaster and sports talk radio host. Marcantonini previously interned at Comcast SportsNet Philadelphia, and was an MLB Featured Writer for thesportsquotient.com for over two years. Marcantonini's dream is to be a play-by-play broadcaster for a Major League Baseball team. You can reach him via email at mike.marc11@yahoo.com and follow him on Twitter @MIKEdUpSports.

Medlar Field Production: An Inside Look 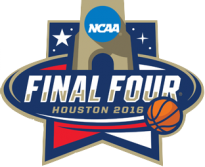