Kaitlyn Miranda is a Penn State Student who will be graduating in May 2017 with a Bachelor's in Broadcast Journalism with a minor in Sociology. She has interned with a few small PR firms in New York City, Punched in the Head Productions in Brooklyn, NY, Roc Nation in New York City and was a Production Assistant for a segment campus segment conducted by the History Channel.These internships gave her editing, production, networking and creative skills which can be used in a various amount of jobs and fields. Kaitlyn was a part of PSNTv on the campus fashion show "The Statement". Her duties included co-hosting, reporting and assisting with both PR and production teams. After her recent summer as a Roc Nation Intern, Kaitlyn completed various jobs. However, music struck her attention the most. Mostly, the production aspects. Upon graduation, Kaitlyn is looking to further explore her passion of multimedia and production within the music industry. She hopes to began building her brand as soon as she graduates. 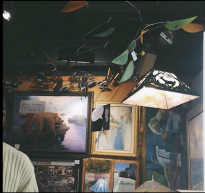 Person With A Passion