I am a senior broadcast journalism student at Penn State University. I am passionate about television production and the development aspect of the media industry. I have had a variety of experience within the broadcast news field including internships at Seacrest Studios and Penn State Athletics. I am involved with Penn State's Network Television and am the associate producer of "The Valley" a sketch comedy show that airs on Penn State's network television.

From On Tour To Owning A Store 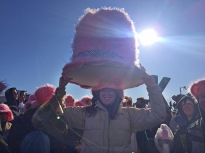