John Petrolias is a member of the John Curley Center for Sports Journalism, and is a play-by-play broadcaster and producer for men's hockey content, as well as the host/founder of Pittsburgh Sound -- Happy Valley's only Pittsburgh sports talk show. Petrolias has previously covered the men's hockey team for The Daily Collegian, covers Penn State football for PennLive.com and has interned at the Pittsburgh Penguins, Penn State Athletics/BTN Live Student U production, as well as the Allegheny Intermediate Unit's PR department in Pittsburgh. John aspires to be an on-air journalist or play-by-play broadcaster for a news/sports outlet and plans to go to law school to become a media and First Amendment attorney. You can reach Petrolias by emailing him: jjp5551@psu.edu or following him on Twitter @jpetrolias.

Penn State hockey gets ready for Union in NCAA Tourney

Men’s Hockey: Around the Big Ten Week One 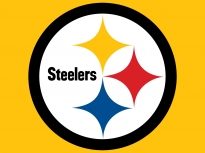