Several thousand people conducted a half hour long candlelight vigil in front of Old Main Sunday evening, then walked to the Joe Paterno statue at Beaver Stadium in memory of the legendary Penn State football coach who died Sunday morning after losing a battle with lung cancer. 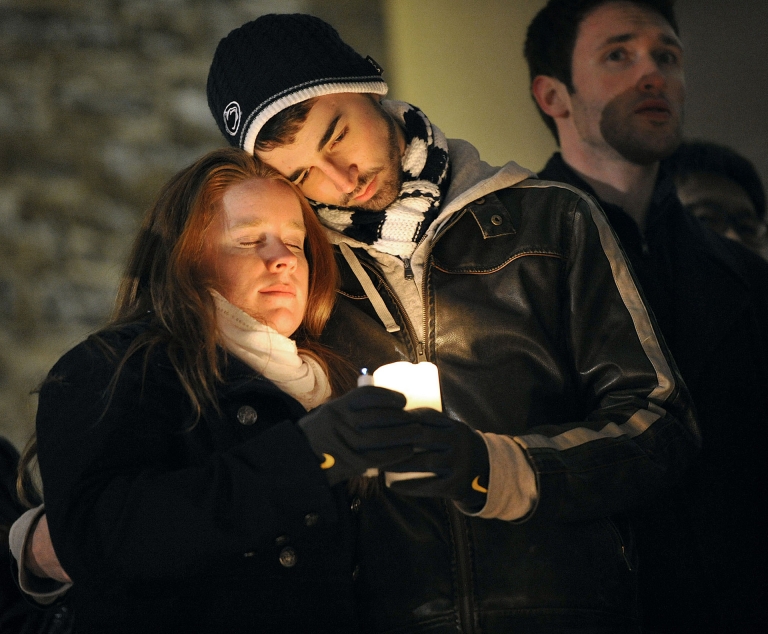 Katie Knobloch (senior-elementary education) and Andrew Adamietz (sophomore-secondary english education), both members of Blue in the Face singers, embrace on the stairs of Old Main on Sunday night during the candlelight vigil in memory of Joe Paterno, who died Sunday morning. / Photo by Chloe Elmer 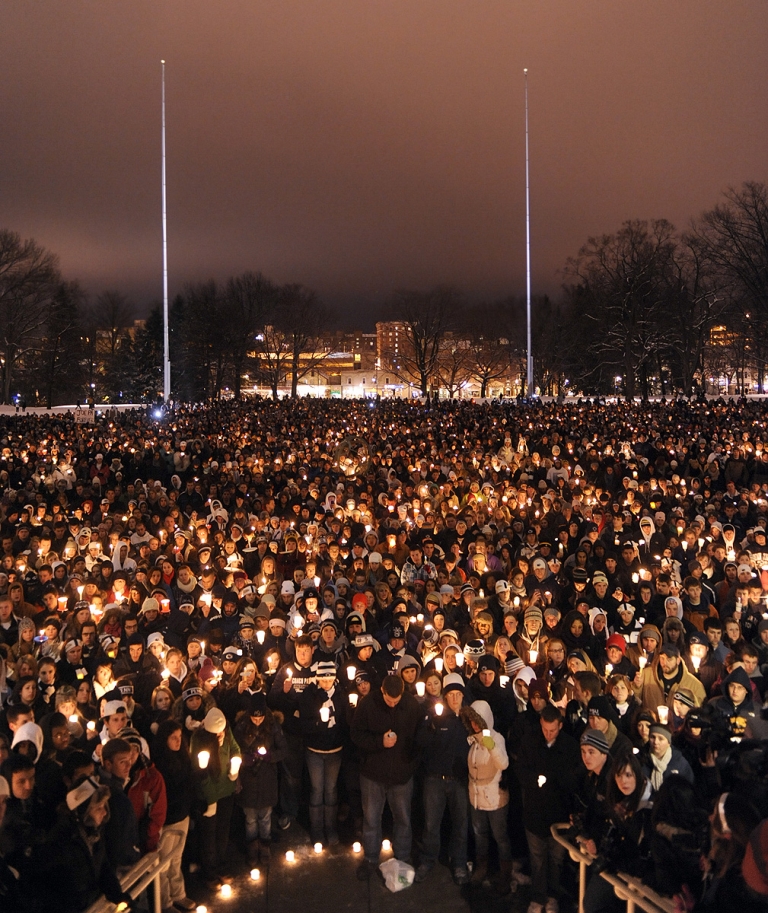 Thousands of mourners gather in front of Old Main for a vigil in remembrance of football coach Joe Paterno, who died Sunday morning. / Photo by Jill Knight 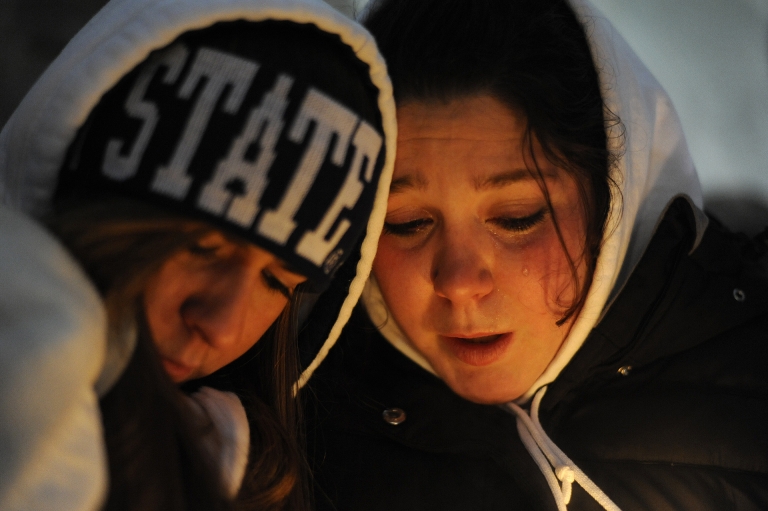 From left, Becky Sull, manager of Old State Clothing store in State College, stands with Penn State student Jamie Bolton. They were among thousands of students who walked to the Joe Paterno statue outside Beaver Stadium following a candlelight vigil at Old Main in memory of Joe Paterno. / Photo by Jill Knight 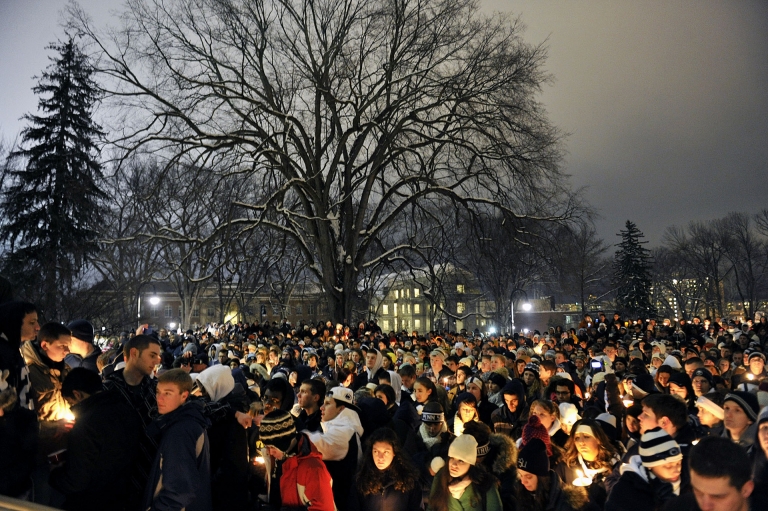 Students and community members gather on the Old Main lawn on Sunday night for a vigil honoring Joe Paterno. / Photo by Chloe Elmer 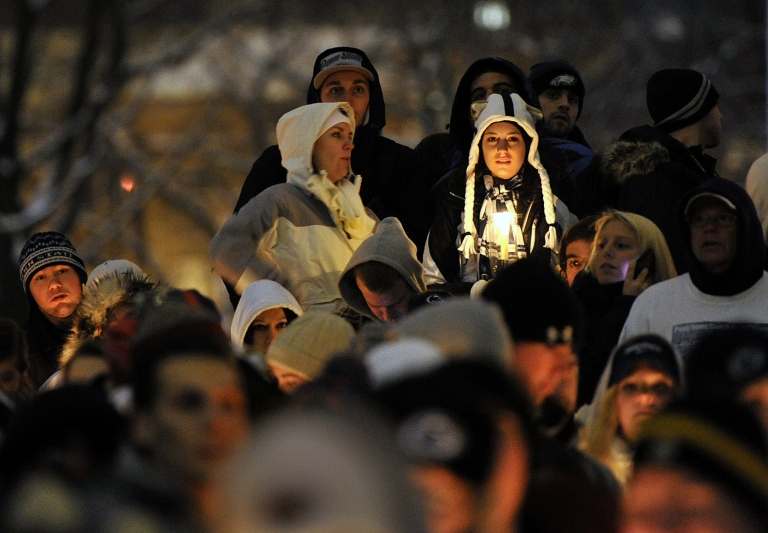 A girl is illuminated by her candle at the vigil for Joe Paterno at the Old Main lawn on Sunday night. / Photo by Chloe Elmer 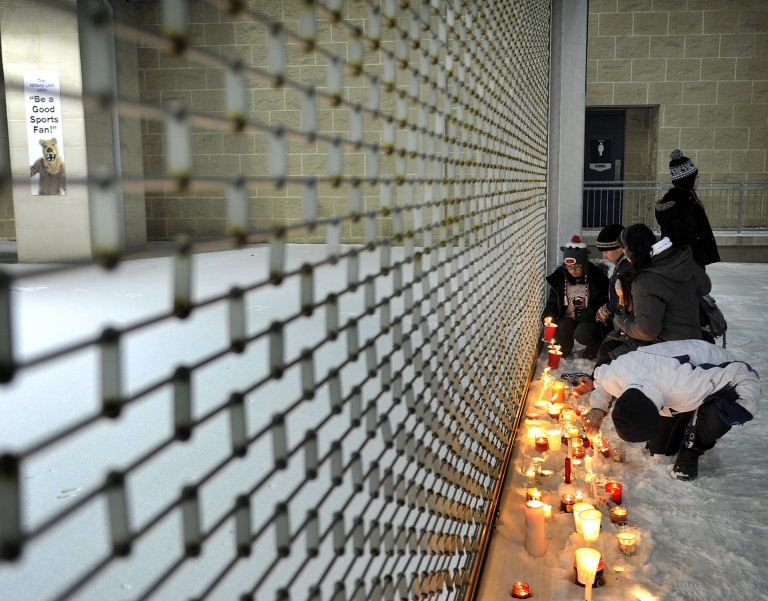 Candles line student section Gate A on Sunday night after the candlelit vigil at Old Main. This is the stadium entranced used by the students who camp out before football games in a tent city known as Paternoville. / Photo by Chloe Elmer

Scenes from the Joe Paterno vigil