Journalist Vita McHale didn't have to travel far to document a powerful tale of tragedy and togetherness. Unfortunately that story awaited her each time she returned home from her classes at Penn State. Despite the personal pain, she kept the camera rolling so she could share this intimate portrait of a family -- her family -- pulling together as the strongest man in their lives disappeared before their eyes.

Open and close your hand. Now imagine all the muscles, tendons, and ligaments working simultaneously to move those five slender bones with precision. Now imagine trying to move your hand but nothing happens. How frustrating would that be? You wouldn't be able to tie your shoes, button your pants, pick up a cup or feed yourself. This is what it is like for someone living with ALS.

This is what it was like during the last years of my father's life. 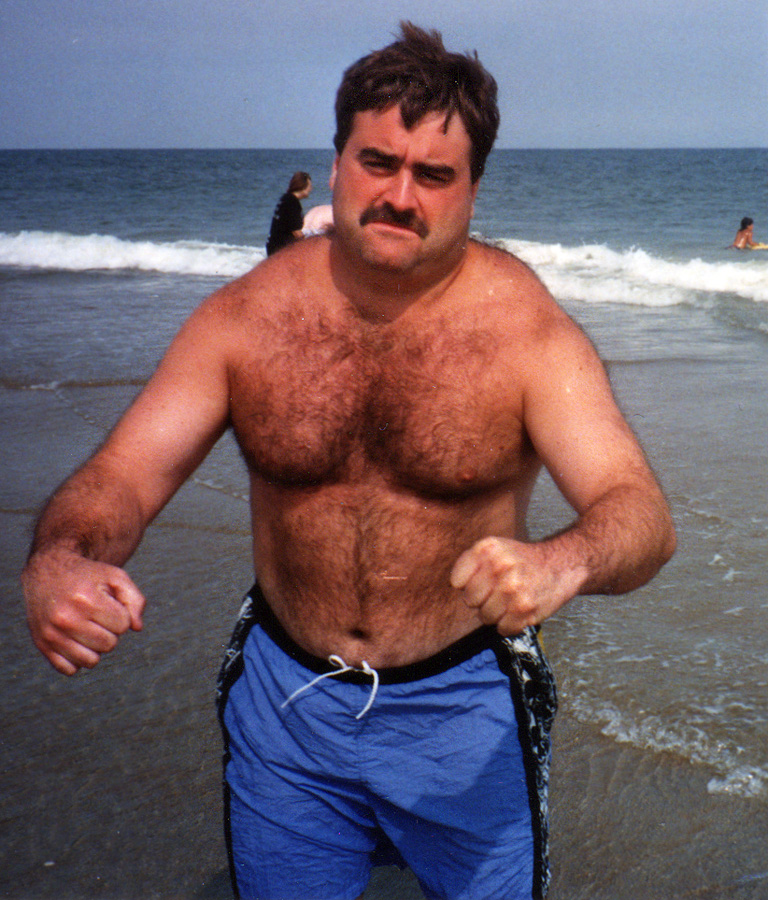 Joseph McHale was a "macho man." On a nice day you could find my father chopping wood outside, fixing cars or playing sports in the back yard. He was devoted to working out and could easily bench press 300 lbs. He was a family man who always put his four children and wife before himself.

He was also the family hypochondriac. He claimed he was as smart as a doctor and liked to self-diagnose. So when he started complaining of weakness in his right arm during the summer of 2006 nobody really paid attention.

As the summer continued, his complaints increased but he still insisted on living his life the same as he usually did. He visited the gym daily and continued to play sports as hard as his three sons. But during the fall atrophy in his hand become noticeable. Finally it occurred to him that he might have a serious problem and he began seeking medical attention. From specialist to specialist, nobody could pinpoint exactly what was wrong. After being referred to a muscular dystrophy specialist he received terrifying news.

On Feb. 21, 2007 Joseph McHale was diagnosed with ALS. Also known as Lou Gehrig's disease, ALS literally attacks the voluntary muscles of a person's body, killing the neurons inside those muscles. Although each case is different, an ALS patient usually dies within 3-5 years of diagnosis. So when the doctor sat my parents down and explained that there was no cure or treatment, my family's world was turned upside down.

The reality of the disease hit us slowly. My dad didn't look sick and he didn't act sick, so it was really hard to imagine he was sick. But I can only imagine what he was feeling on the inside. When the neurons are killed in the body, twitches are felt in that location. When he would lie in bed at night, he said that the twitches were non-stop going up and down his body. The fatigue of muscle loss also hit him. 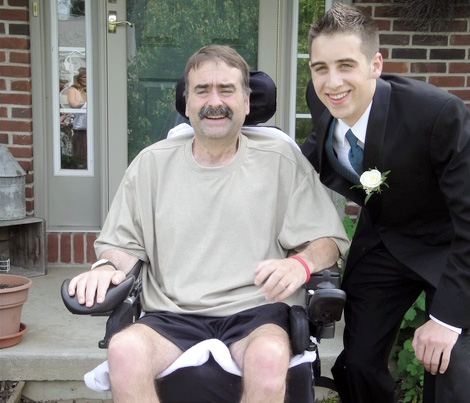 Although he pushed himself as hard as he could, within a few months he would get winded going up and down the steps, or walking down the driveway to get the mail. He was under strict instructions to stop all forms of physical activity, so the man who has been constantly active was now forced to sit and watch the family football games.

ALS doctors often say that for a patient with Lou Gehrig's disease walking a block  is the equivalent to a healthy human being running a marathon. By 2009, two years after he was diagnosed, my father began visibly slowing down. He started to use a wheelchair when a lot of walking was required. We began making adaptations to the home -- adding a stair lift and a handicap ramp. The stress of the inevitable fatal outcome that was approaching really hit him.

By the end of the summer in 2009 he was unable to work because the deterioration in his legs caused stress fractures in his feet. By that fall he was in and out of the hospital with swine flu and his health took a turn for the worse. By winter of 2009 he was unable to dress himself, hold a cup, or prepare food. A home aid was brought in to help him while my mom was at work, and eventually he lost all his independence.

By the summer of 2010 things were really bad. His lung capacity was dropping steadily and he needed the assistance of a Bipap machine to help him breathe normally. His wife and children had to rally together just to take care of him. He needed assistance showering, eating, and moving. We all spent countless amounts of hours helping him get up and down the stairs and into his wheelchair. And during this time his patience was tested to the maximum.

My dad was the breadwinner and protector of the family. He always made sure we were all safe and his words were the final say. It became apparent during the last few months of his life that this disease didn't only test his physical strength but his mental and emotional strength as well. He didn't have control over his body and had to rely on his children and wife to take care of his needs. He was never a patient man so he was became easily frustrated and had trouble giving up his power. 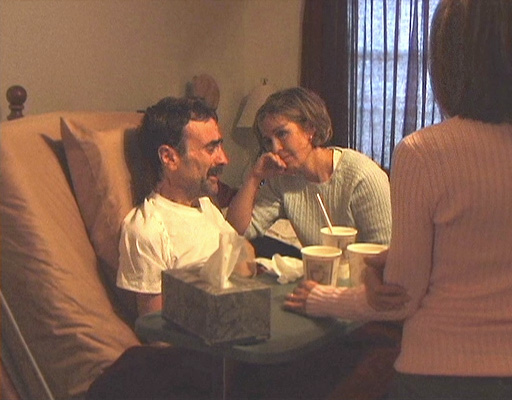 By the fall of 2010 he was unable to move without assistance and spent most of his days in a hospital bed in his room. Hospice was called in so 24/7 nursing care was available. Eating was a chore because he was unable to swallow food. The muscles in throat had begun to deteriorate so the slightest bit of food could throw him into a choking spell. His facial muscles also began to deteriorate so understanding what he was saying became impossible.

Things were so bad by December that he knew he wouldn't make it to Christmas. My brother Austin and I were still in school at Penn State and we drove home every weekend in the fall so we could spend time as a family. My older brother and mother were forced to take leaves of absence from work.

We had to work together as a team just to make his last few weeks comfortable. The family became caregivers and his nurses became our family. My youngest brother was there every night to shower my dad and put him to bed. We would all sleep with baby monitors in our rooms so we could hear him wake up during the night. The constant sound of an oxygen and bipap machine became constant throughout the house. The smell of sickness lingered everywhere.

The day we dreaded for four years arrived On Dec. 20, 2010. I can remember waking up to the sounds of someone hitting something at 9 am. When I went into my parent's room my father was purple and unable to breathe. My mother and his aid were hitting his back trying to break up the mucus that had formed in his throat. When his hospice nurse came, she explained that this day was going to be the last. For hours my family gathered around his hospital bed holding his hand, telling stories and trying to make his last few hours as comfortable as possible.

At about 6 pm -- surrounded by his family -- my father took his last breath.

The story behind this story


The four years since my father was diagnosed were rough. We all knew what would happen but we weren't focused on that. We wanted to spend the most time we could together, because we knew that time was so precious. There were happy times and there were sad times, but in the end we got through it as a family. I decided to do this documentary because it has helped me deal with his disease and death. The ability to look at all our home videos helped me relive my childhood with my father. I was able to remember the happy times we spent together and enjoy them. I also wanted his memory to live on forever. There will be people who come into our lives that never knew my father, and this is a chance for everyone to experience his laughter, jokes and spirit.

Too often we get caught up in our own lives and never stop to enjoy life in that moment. I hope after watching these videos and reading this story that people will realize how delicate life really is and take the time to hug their fathers and say I love you. I hope the Joseph McHale story will help raise awareness of a horrible disease. My family isn't the only one affected by ALS, and some people aren't given the amount of time we had together. This documentary is for all the families of ALS patients, my family, and my father.

Vita McHale is a reporter for Blue Ridge News 11 in Ephrata, Pa. At Penn State she was an anchor/reporter for the Centre County Report. She also interned and worked for B94.5, Lou Reda Productions and the Big Ten Network.