A health technician with a heart for animals


Lori Sowash’s first animal memory was rescuing a stray dog that followed her home at the age of seven.

Now, she continues her work with animals as State College’s health technician and animal officer.  As a health technician, Sowash inspects restaurants and educates employees about safe food handling.  As the animal officer, Sowash responds to calls that include animal cruelty, mistreatment, vicious animals, loose animals, and wild animals on property.

“I became animal control officer not by choice but by convenience for people and my willingness to do it mainly I guess,” she said.

Sowash said her job has reinforced her support for animal adoption. 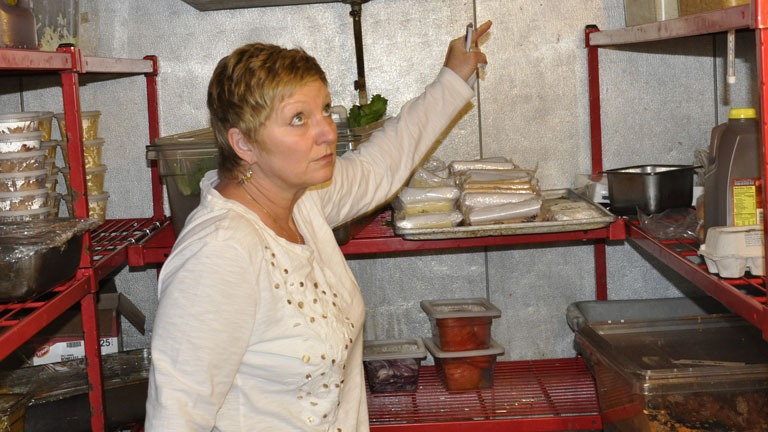 Now, Sowash has two dogs, Apple and Snapple, which she and her husband adopted from a North Carolina Springer Spaniel rescue.  The adoption process took several months and included veterinarian recommendations and an hour and a half long interview about their animal care history.  She also adopted a cat that was thrown from a car window.

Sowash says the most important thing about being a health technician and dog officer is the desire to keep the citizens and the animals safe.

“At some point you have to be that kind of person to be a good dog officer. I’ve always had a special place in my heart for these creatures,” she said.

Video: The tale of the pink dog

Lori Sowash has had many interesting experiences as an animal officer but only several stand out.

Paul Sweeney studied broadcast journalism and political science at penn State.  He has interned at EAGLE 98.7 in State College, PA and C-SPAN in Washington, D.C.  Paul plans on pursuing a career in television reporting.

Behind the scenes at Berkey Creamery with Todd Gantt

Students Look Back on Semester, Share Experiences with COVID-19 Protocols

Student Perspectives on a Unique Semester

Crabs State College: What It Takes to Be an Entrepreneur