A look inside The Cheese Shoppe


Every morning in State College, Pennsylvania there is a certain smell that fills the air. It’s strong. It’s widespread. And it’s the first thing that hits you directly in the face when you walk out your door (even before the crisp weather).

You never know what exactly it is until you take one step into The Cheese Shoppe on Calder Way. The Cheese Shoppe was opened by Bill Clarke 38 years ago. But that strong scent that stops very State College resident in their tracks every morning is definitely not cheese.

Against the advice of his hired accountant, Clarke decided to purchase a coffee roaster 18 years into the cheese business. He began to roast his own coffee daily, becoming one of the only six roasters on the East Coast. Clarke has taken his one roaster and developed it into a busy business with hundreds of different coffee types serving hundreds of different regulars. 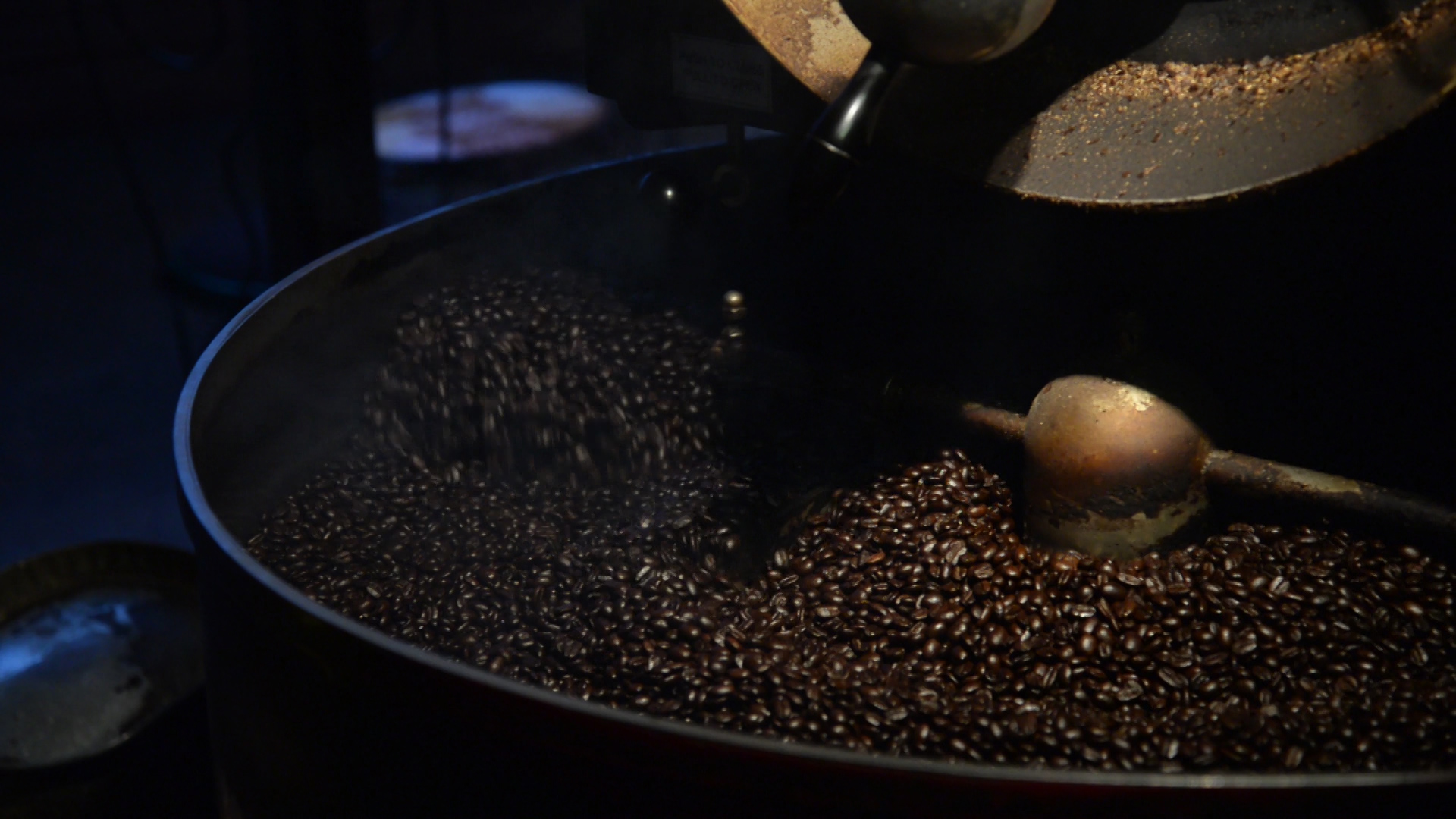 The variety of choices and strong aroma pouring out of the store isn’t the only thing drawing customers in. The environment that has been created at 7 am every day is something worth coming back for. No matter the weather, the early time, or the day, there is always a crowd of local businessmen and women sitting around the decorated tables outside Clarke's shop, starting their day with good laughs and great company.

The inside of the shop is lighted by a single strand of Christmas lights wrapped around the ceiling, enormous bags filled with fresh beans scattered across the edges of the building and shelves lined with numerous candies, teas and of course, coffee. Perhaps the most unique thing about this shop is what is scattered across the counter. Clarke makes it clear to his customers that he trusts them. So, he lets his entire business run on the honor system. You put your money on the counter, take your change if you need it, and serve yourself.

“No one ever takes it,” Clarke says in regards to the cash sitting around. “And if they take it, they need it more than I do.”

With all these home-away-from-home qualities that The Cheese Shoppe has to offer, not a single one of them are what really keeps people coming back. Bill Clarke is one of those people that can make you appreciate him with just a single conversation. He listens, relates to, and remembers everything you say. He asks you about your day, your recent trip home, and wishes you well on your way out the door. Every single time. You don’t get that kind of feeling when you walk into any regular overpriced coffee shop.

The ironic thing is, though, that feeling isn’t something so out of the ordinary. Being treated like a human everywhere you go shouldn’t be so rare. But Bill Clarke shows not only how rare it is but how important it leaves you feeling the rest of your day.

Just how far does the smell of the bean stretch?

Bryan Bittner, a regular to The Cheese Shoppe, is a member of the Penn State Police. He recalls his memory of recognizing that scent steaming from the roaster over three miles away.

Where does the bean travel?

Bill Clarke describes the path of the coffee bean from the time it is planted until the time it reaches your cup.