A Monday in the Life of Penn State

Intro to Photojournalism students spent Monday documenting life at Penn State for a "Day In The Life" assignment. The goal was to capture the daily routine beyond the obvious. Not the Creamery, not the lion or Old Main but the people and events and places that an average visitor to campus would never see. 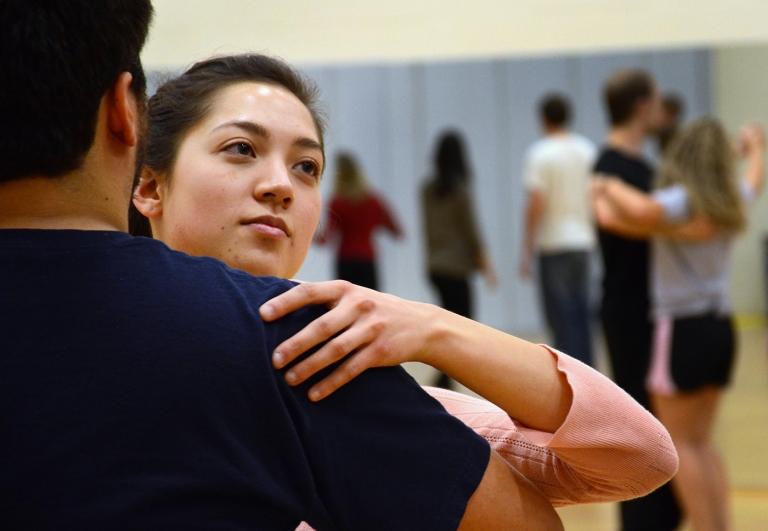 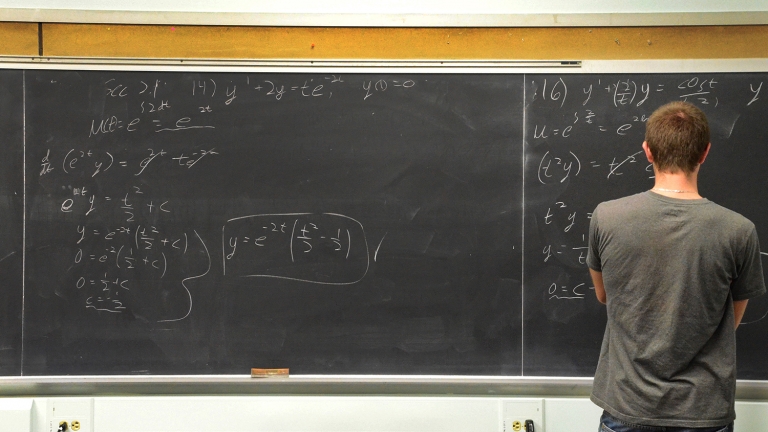 Junior Mechanical Engineer major, Kyle Hunt of West Chester, Pa. uses an empty classroom in Willard Monday night to practice for a calculus test. "It's somehow easier to do math on a chalkboard than in a notebook," he said. / Photo by Emily Cleveland 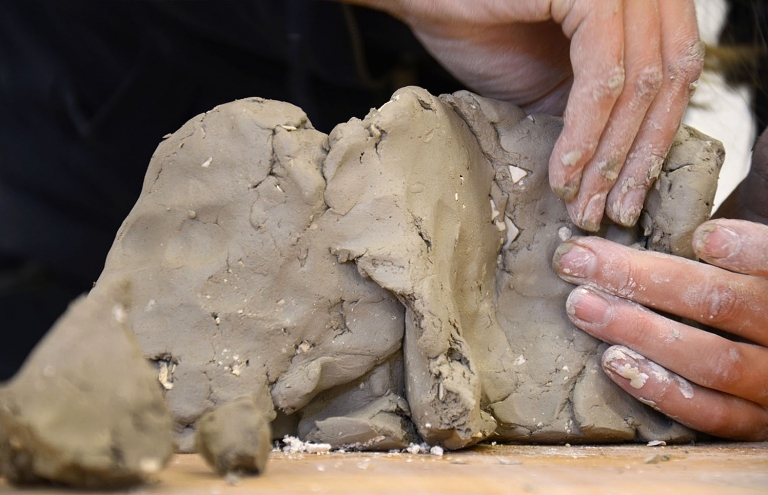 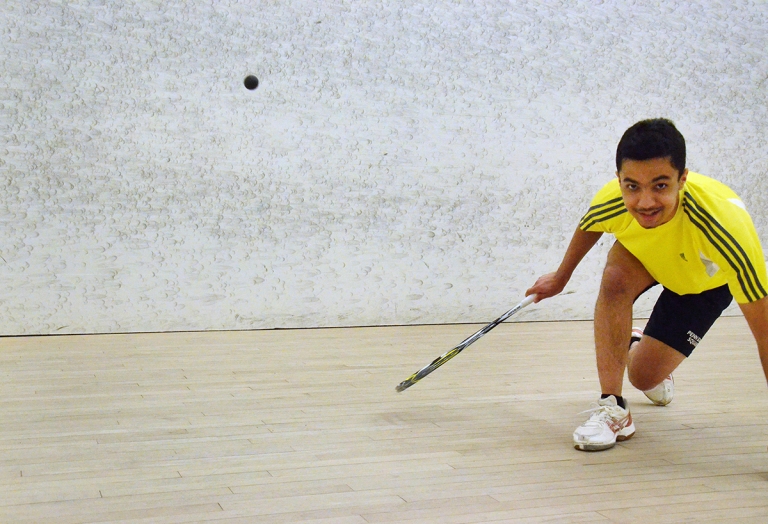 Ahmad Al-Hazeem returns a low shot during a squash game. Al-Hazeem said that with squash you have to be very acrobatic and flexible or you could be injured. He said squash is more popular in Kuwait, his home country, then in the United States. / Photo by Leon Harner 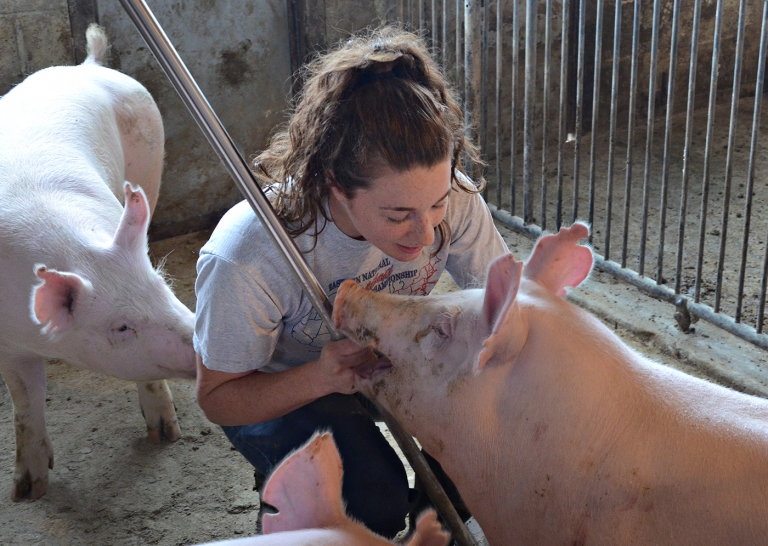 Jenn Edsall, a senior in Ag Business Management, takes time out of her work to talk to Silky, a gilt who was born five months ago at the Swine Center. A gilt is a female pig who has never been pregnant. / Photo by Joan Deibler 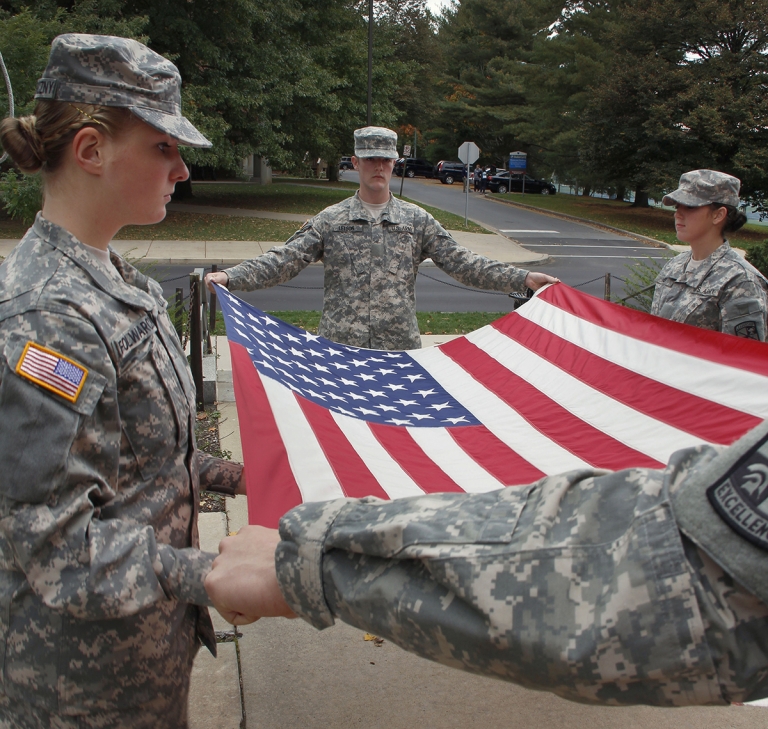 Cadets from the Army ROTC retire the colors in front of the Wagner building promptly at 5 p.m. on Monday October 8, 2012. / Photo by Ashley N. Aul 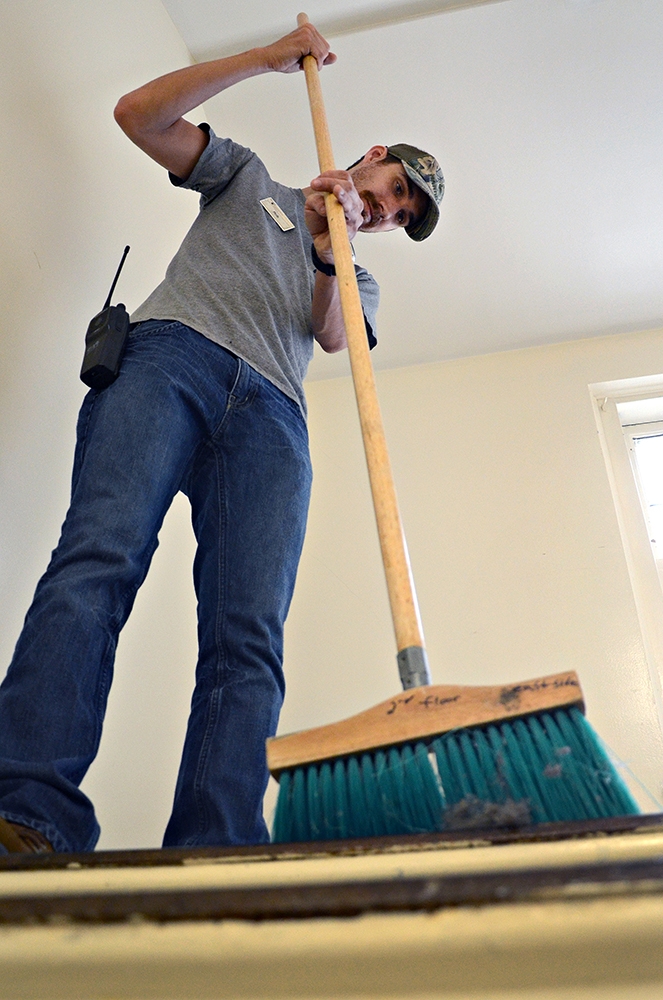 Robbie Lewies cleans a flight of stairs in Atherton Hall on Monday, October 8, 2012. Lewies said his dream job was to become a policeman, but admitted he has fun working with the Penn State housing staff. / Photo by Jessica Paholsky 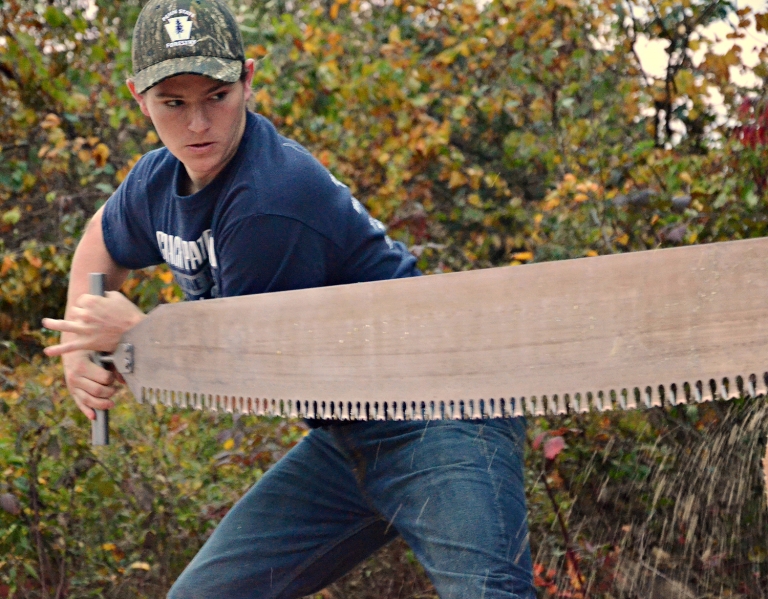 Rob Lusk, 21, from Los Angeles, Calif., practices with the two-man crosscut saw on Oct. 8, 2012. Lusk, a junior studying forestry is a member of the of the Penn State Woodsmen Team, a competitive club that competes again collegiate teams is several logging and lumberjack events. Lusk said he's been a member of the team for two semesters. / Photo by Danae Blasso 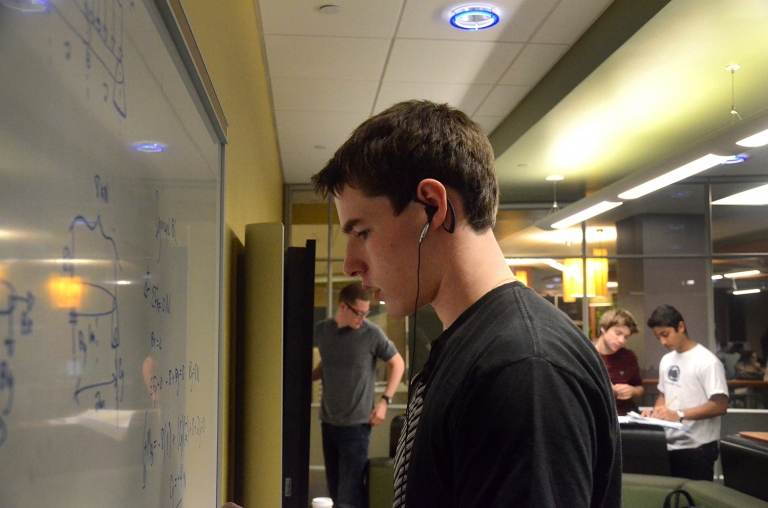 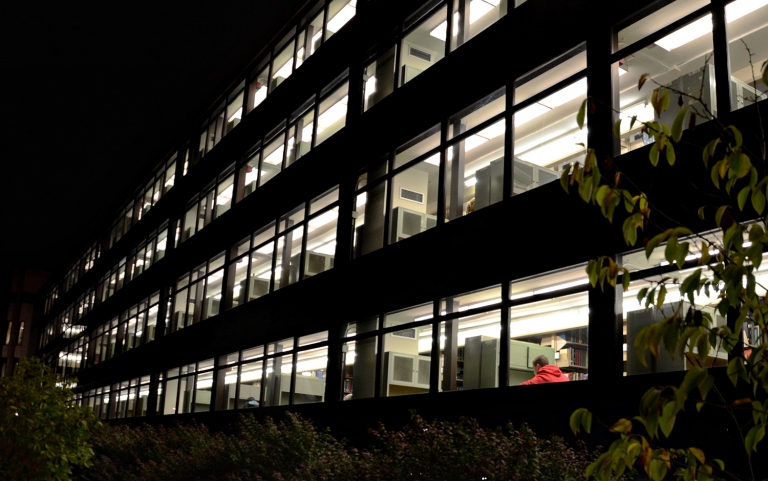 Brandon Constantino, 20, studies in the stacks of the Pattee-Paterno. Constantino was preparing for his calculus midterm scheduled for the following morning. / Photo by Emily Nacey 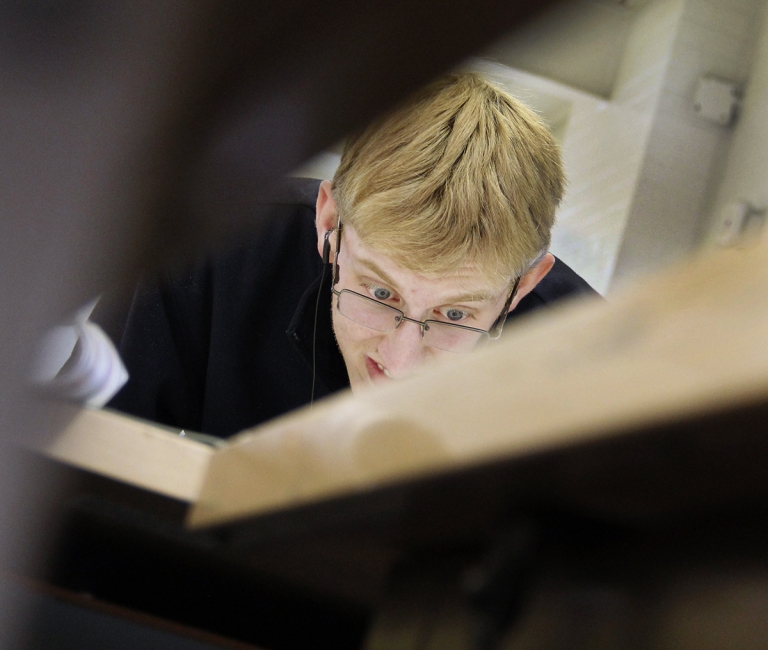 Sophomore Jeff Puclos focuses on his drawing for his architectural engineering class on Monday October 8, 2012. Students like Puclos spend many hours in the studio, located in Engineering Unit A. / Photo by Ashley N. Aul

Inside the Courtroom for Jerry Sandusky’s Sentencing