A Navy Officer in Training

Unique from other Naval ROTC cadets at Penn State, Lauren Chapman, a soon to be second lieutenant in the United States Navy, also holds a spot on the school’s cheerleading team.  “Someone is always telling me how to wear my hair,” says Chapman, joking that her hairstyle is just one of the many aspects controlled her commitment to ROTC and cheerleading.  With just one semester of college between Chapman and her commissioning, she leads the life of both a girlish cheerleader as well as that of Navy officer in training. 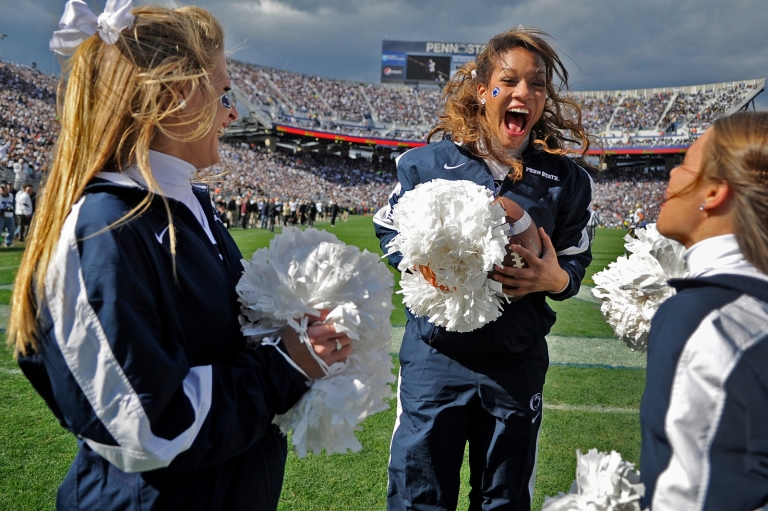 Lauren Chapman celebrates after catching a football that ricocheted off of goal post during a Penn State NCAA college football game against Iowa in State College, Pa. / Photo by Jill Knight 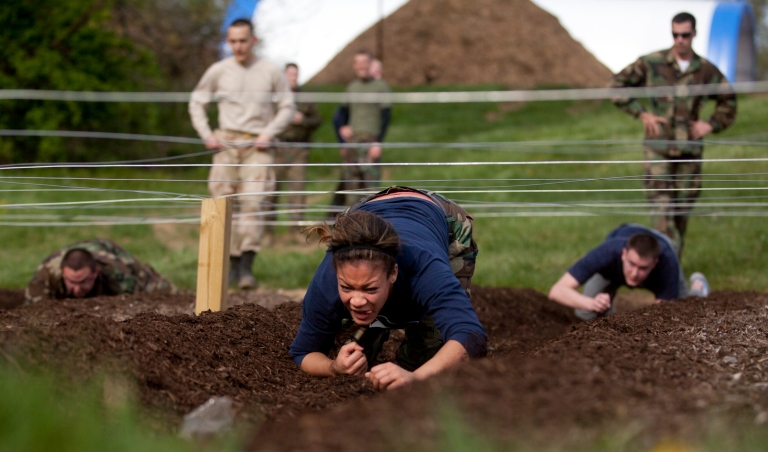 Chapman crawls through an obstacle course set up by Penn State Navy ROTC in State College. / Photo by Jill Knight