The explanation Skyler Ashley used to give to friends and family was, "I'm a lesbian in a man's body." Then in 2008 when Ashley came out, at first to herself, as transsexual.

Ashley is a male to female transsexual who for majority of her life was known as a male Skyler and now prefers her female name Ashley. She made this decision three years ago. This decision came after much research online and through chat rooms where she could talk to other transsexuals.

Even though the feelings had been present since childhood Ashley did not begin to really address them until 2008, when she realized that she didn't feel right and wasn't happy with herself. She remembers always wanting to act more like the girls her mom babysat than her older brother. Especially in middle school when the girls around her started to go through puberty and she wished she could develop like them instead of the way she was. High school she pushed the feelings aside and enjoyed her many extra-curricular pursuits, including marching band, JROTC, and Boy Scouts.

She started the coming out process starting professionally down, with the exception of her now ex-wife. She first approached the Human Resources department at her job and then told her managers. She then went on to tell the chief of her fire company, along with the chiefs of other companies in the area. She then went on to tell her family and friends. She told her parents in 2009 on her birthday. She had vaguely told her older brother the night before via text message. And she then told her younger brother a few weeks later. Her grandparents were "the last to know" and were slightly angry about this, but Ashley's reasoning is that she should start with those who were paying her.

She changed her name on Facebook on her birthday a year ago. This was the official coming out for her. It was also a quick way to tell many people at once, especially those who she only saw on occasion.

Ashley is currently working on legally changing her name from Skyler Wolfe to Ashley Wolfe. She is waiting on paperwork from one of her doctors. She goes to see specialists in Philadelphia about once a month, or as often as she can afford to take off of work. She hopes to be able to make the full transition after going through hormone therapy and re-assignment surgery. She attempted to speed up the process through self-medication in 2009, however her doctor convinced her to go the right way through.

The hardest part of the transition right now his trying to figure out how to be "more feminine", starting with her voice. She has never felt comfortable in front of a camera but right now she hates it even more. She is about a quarter of the way through her transition.

Many aspects of her life have changed along with her transition.

Previously a captain at a fire company, she left this position to pursue her work career. After her coming out many of the people with her company were not very accepting of the new her, including her uncle and cousin, and so she has decided to move to a new fire company. She regrets being forced to move due to some peoples "ignorance" because her former station was like her family. However, this new company is much more accepting of her transition and she is excited to begin firefighting again.

She says that she found the courage to go through this transition through the fire department and her friends there. They are her "other family."

Ashley has lost many friends after coming out. Including his long time best friend. This friend is now coming out as homosexual, which Ashley is accepting of. However, this friend only wants to hang out if there are no other people around and so Ashley has deleted him out of her life. She would rather sit alone in her room than hang out with someone who wants to hide her.

There is one friendship that has gained from the transition. Her relationship with her old fire chief has improved. Some respect was lost between the two after Ashley quit as captain, however all that respect and more was gained back once she came out. The chief told her that he will always be her friend "no matter what name [you] go by or clothes [you] wear." The chief is now pretty much her best friend and almost like a brother, however they don't get to see each other very much due to conflicts in schedules.

Ashley and her ex-wife Erin were together for over ten years, while she was still living in male form as Skyler. Ashley came out to Erin two years ago and explained it more as a sexual fetish/transvetism than an orientation. She then started dressing as a female when she was at their home. However, she soon realized that things still didn't feel quite right and she fully came out as transsexual. They continued to live together for two more years, however each had a separate bed and room. Their divorce was finalized in August of this year, and in June Ashley had already moved home with her parents. Ashley says that they have both moved on, and that Erin did so first.

Telling her parents two years ago about her transition was hard. Especially since they never had a particularly close relationship. Her dad has been pretty accepting of it and they have slowly become closer. Her mom is a different story. She can barely hold a conversation with her, which is unfortunate since she was really hoping to have a close mother-daughter relationship.

Her uncle and cousin

Ashley used to be very close with her uncle and her cousin, however they began to grow apart about a year before her transition and have now become estranged due to their reaction to her transition. All of them volunteered at the same fire company and Ashley used to hang out with her uncle almost every week. She also used to go paintballing with her cousin quite a bit. However, her aunt predicted that at some point she would realize that her uncle was "a bad guy." Ashley then thought back to all the mean things her uncle had said about both her and Erin. Ashley had a big blowout fight at Christmas in 2007 and after that they barely talked. Ashley now avoids the majority of family events.

Being an Eagle Scout

Ashley, along with both brothers, is an Eagle Scout, which is the highest honor a Boy Scout can achieve. Through scouting she made many friends and the many days spent Camp Karoondinha, where she worked as a counselor, were "some of my funner days." Looking back she cherishes many of those memories and the people she shared them with. Before her transition Ashley was not proud of being an Eagle Scout, however because of there being "less trans-eagle scouts out there, [it] gives me something to be proud of."

My relationship with Ashley

I have know Ashley for over six years, when she was still Skyler. The reason... I'm dating her younger brother. I had long and detailed conversations with her before this project and will continue to do so afterwards. 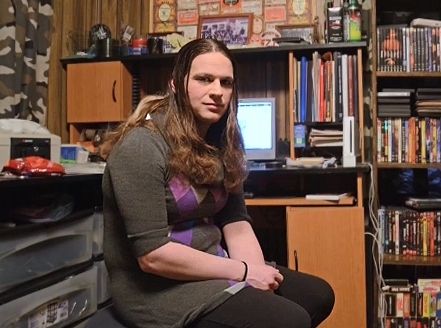 Ashley changed her name from Skyler on Facebook on her birthday a year ago. This was the official coming out for her. It was also a quick way to tell many people at once, especially those who she only saw on occasion. / Photo by Amanda August 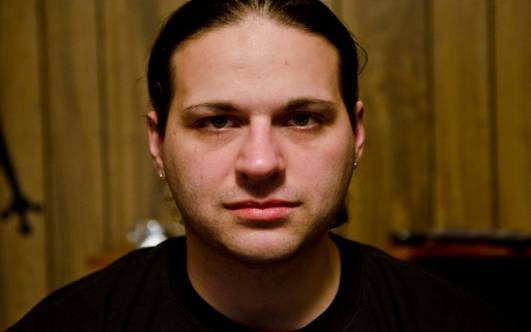 Ashley is a male to female transsexual who for majority of her life was known as a male Skyler and now prefers her female name Ashley. / Photo by Amanda August 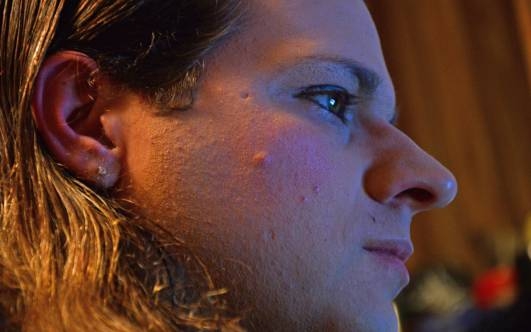 Ashley hopes to be able to make full gender transition after going through hormone therapy and re-assignment surgery. She says she is about a quarter way through the process. / Photo by Amanda August

A life of struggles